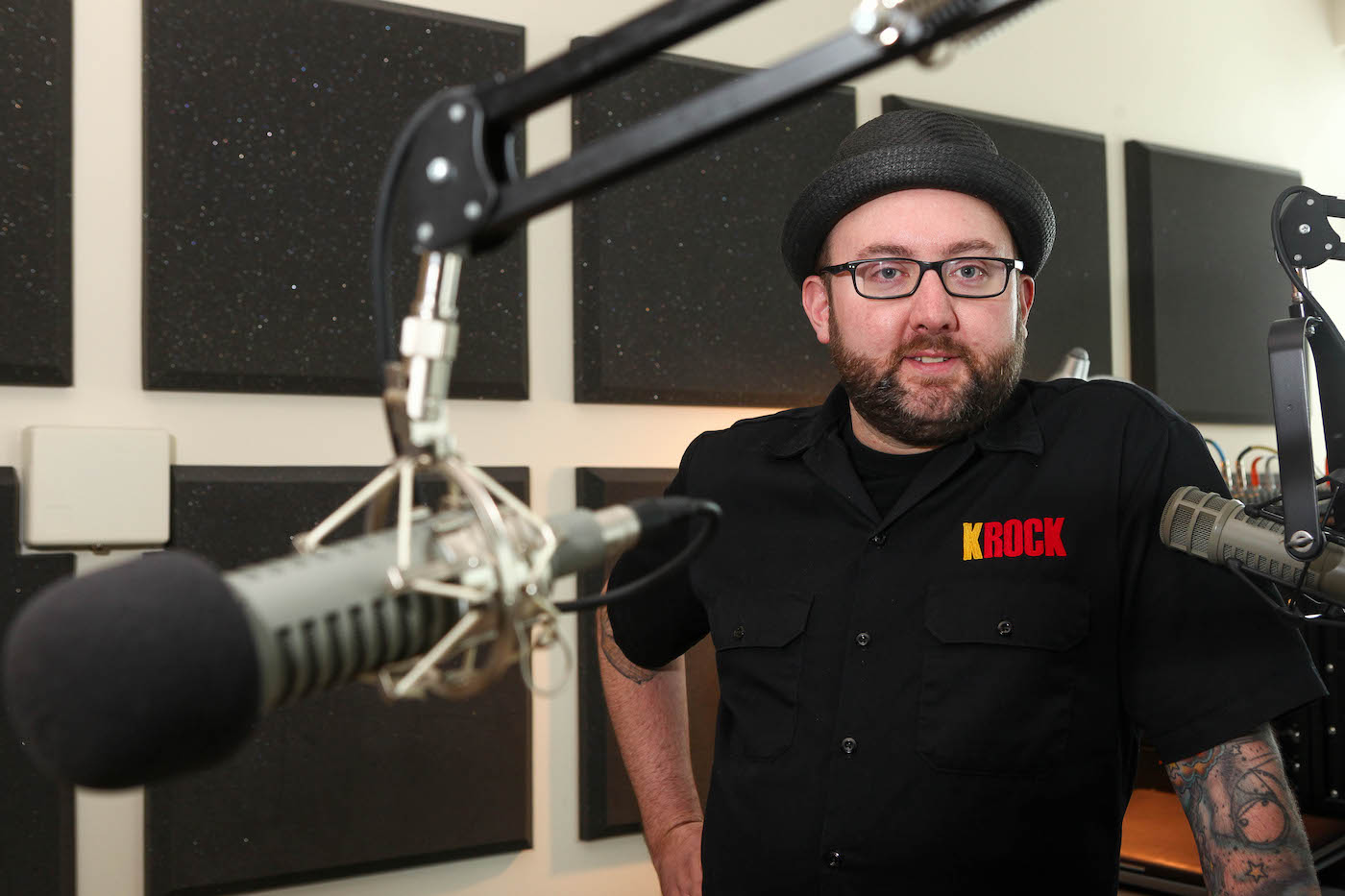 K-Rock morning-drive host Josh Grosvent: “I would need to use the bathroom more regularly until it got to a point where I was afraid to leave the house.” Michael Davis photo
Share
Tweet
Share
Share
Email
Comments

The May 31 Syracuse New Times cover feature, “Her Story,” concerned WSYR-Channel 9 reporter-anchor Tammy Palmer’s frank account of her battle with ulcerative colitis, an illness that often goes uncovered because nobody wants to discuss the details.

“In spring 2007, I started having severe gastrointestinal issues,” Grosvent said, thankfully sparing the more colorful details. “I would need to use the bathroom more and more regularly until it got to a point where I was afraid to leave the house. I took a leave of absence from work and found myself attached to the couch. I was seeing doctors, which led me to gastro doctors, which led to a colonoscopy, which led to a diagnosis of ulcerative colitis.”

Aside from that verdict, the dawn-patrol jock had another pressing issue: He was planning his upcoming wedding. “I was getting married in August, but I could barely leave my couch because of the pain,” Grosvent recalled. “But the diagnosis doesn’t mean immediate relief. This is when I entered the trial-and-error phase. Many of my friends with the disease were in this phase for years, and in some cases, still are.

Grosvent started with short-term doses of steroids, followed by some different drugs, but none worked. “One of the drugs even put me in the hospital after they discovered, just moments away from potentially serious consequences, that I was allergic to it,” he noted.

A drug called Remicade proved to be Grosvent’s salvation. “It’s a version of chemotherapy that’s administered every six to eight weeks at a local infusion center,” he said. “I sat in a reclining chair alongside people like me, watched TV and had this drug slowly dripped into us over the course of a couple hours.”

Grosvent considers himself lucky, with only a few bumps in his road to recovery. “From the first symptoms to successful treatment was only a few months, even though it seemed like forever,” he said. “I went into remission and the treatment has been working for me for 10 years come July.”

The illness did take a physical toll, however: “The day before my symptoms started, I weighed 210 pounds. When I walked down the aisle on Aug. 3, 2007, I weighed 170 pounds.”

Grosvent will serve as emcee for the annual Syracuse Take Steps for Crohn’s Disease and Colitis Walk. Both illnesses, which concern chronic inflammation of the gastrointestinal tract, affect more than 1.6 million people nationwide.

Grosvent’s radio station will also field a team to help the cause. They identify themselves as the K-Rock Krappers.