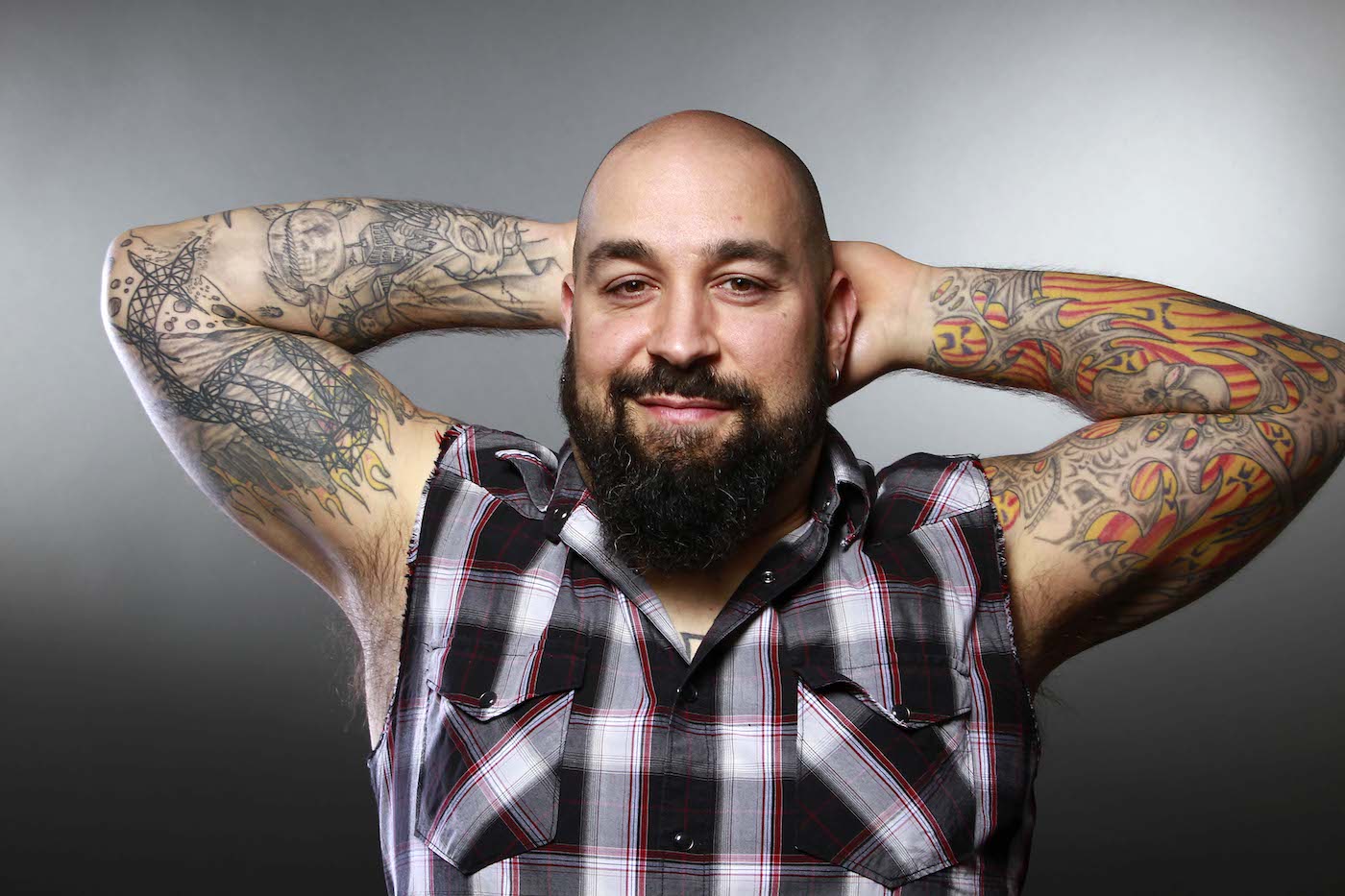 When Soundgarden vocalist Chris Cornell committed suicide on May 18 following a Detroit concert, Joe Altier, known to local music fans as Just Joe, woke up to his phone exploding with texts of the news.

“There had been lots of other celebrity deaths recently, but this one was different,” he recalls. “It didn’t register. It was crazy to see that someone, like with Robin Williams, someone with the world by the balls, so revered, all the money in the world … Mental illness shows that there is no discrimination as to where you are in life or who you are. It doesn’t care.”

Altier was so shaken that he soon created a video of his cover version of the Soundgarden track “Black Hole Sun” and put it on YouTube. People took to it and Dave Frisina even played the song on his Soulshine program, airing Sundays afternoons on WXTL-FM 105.9 (The Rebel).

Altier then realized that he needed to give back. So he recorded three Cornell songs, “Black Hole Sun,” “Can’t Change Me” (a Cornell solo) and “Like a Stone” (Audioslave) with plans to create the fundraising EP Black Hole Sun for an organization. But he wasn’t sure which organization until he learned about Two Brothers’ Light. The local group promotes suicide prevention practices and supports those dealing with the loss of a loved one due to suicide or those struggling with mental health issues themselves.

“It’s a real roots organization and I knew that my money going to something like this would make more of an impact than if it went to some huge organization,” Altier explains. “These people are in my backyard.”

With his first check of $700, the organization was able to buy merchandise for the first time. “They’ve never been able to have merch to sell at fundraisers,” he says. “Now they do.”

The CD sells for $10, although buyers have been stepping up with much larger donations. “A lady handed me an envelope,” he says. “I assumed it was $10 for the CD. I opened it and it was $100.”

Altier hopes the CD will start conversations about the reality of mental illness, something he dealt with at an early age. Just after he left college, one of his roommates committed suicide. He had even been a teen councelor, helping others to not make the decision he eventually did.

“That was my first introduction to it,” Altier says. “At that time in my life, I was pissed. I didn’t look at suicide like I do now. I saw it as cowardly and weak. But as I’ve gotten older and struggled for two decades with my own (anxiety) disorder, I have a completely different outlook. They’re people who are sick. It’s no different than having cancer or some kind of brain tumor. But people don’t want to talk about it.

“I didn’t want to admit my panic disorder. It was embarrassing. But as I get older, I wish people would talk about it more. When you have cancer, you talk about it. Everyone rallies around that person. When someone puts it out that they’re depressed, people think they’re just crying wolf. We don’t rally around in the same way. It’s a completely different view and I hope that things that are happening with large celebrities change that a little bit.”

Cornell was also heavily medicated during his tour, something Altier can’t help but question. “I saw the performance video of the night before he died,” he says, “and I got upset. Here’s our wonderful health care system: over-medicating or giving medication to someone who’s a former addict. That has adverse effects. To make it more crazy, it’s like Pink Floyd’s The Wall. You watch Pink fall apart, but then it’s like, we need to get this guy on stage tonight. So we’ll pump him full of drugs and get him back on the stage.

“I’m not sure Cornell was in the right mind to be out there anymore, but hundreds of people were counting on him to get on stage. It’s one thing if the drummer can’t, but if Cornell doesn’t there is no Soundgarden. You can’t imagine that kind of pressure.

“I remember being on the road. It’s awesome, but you have these 23 hours of the day where you’re really just sitting around. You eat like shit, sleep like shit and drink too much. And I haven’t sold millions of records or had that success, but I can relate. That is a brutal life. It can beat you down and take a toll on you.”

Altier remembers Cornell as an inspiration to him throughout his career. “Soundgarden was always a little bit different,” he says. “They had such an edge. ‘Black Hole Sun’ is like a Beatles tune. If it came out in 1967, it would have been on Revolver. And Cornell’s voice was ungodly. His solo album, Euphoria Morning (1999), still flies under the radar and it’s a top five album of all time for me. I thought, ‘This guy is a god as a singer and songwriter, so talented I can’t even wrap my brain around it.’ But you can’t write songs like that without being in a dark place in life.”

To order the album, visit justjoe.com. Two Brothers’ Light will hold a golf tournament on Saturday, Sept. 23, at Millstone Golf Course in Elbridge, with games, raffles and more. Visit twobrotherslight.org for more information.