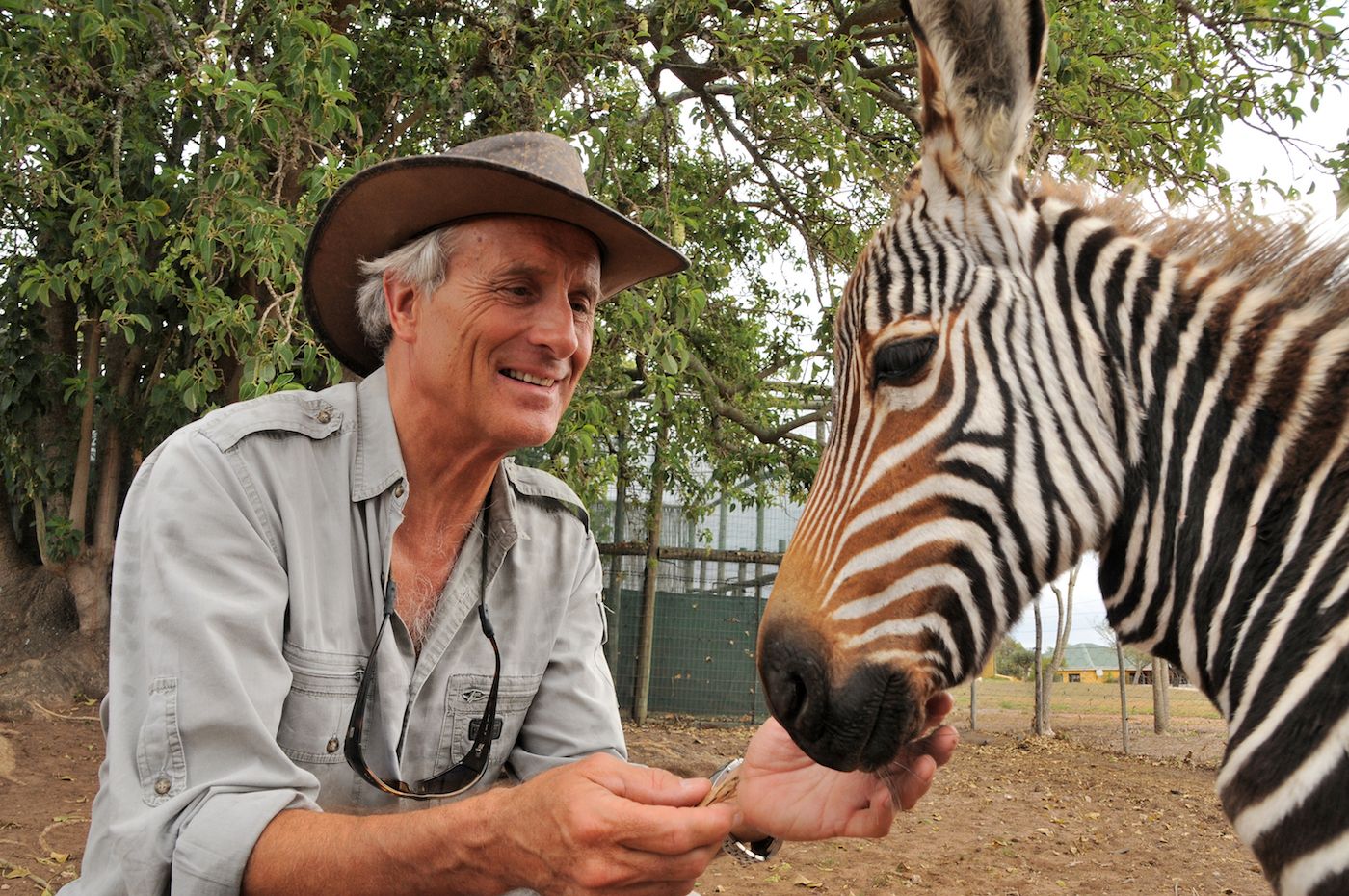 Jack Hanna’s “Into The Wild Live” tour amazes and educates.

Jack Hanna is on the prowl again. The animal rights activist, philanthropist and frequent foil on Late Show with David Letterman will be let out of the cage for his “Into the Wild Live” tour on Friday, Oct. 14, 7:30 p.m., at the Mulroy Civic Center’s Crouse-Hinds Concert Theater, 411 Montgomery St.

Hanna’s family-friendly show will feature a variety of creatures, tales of adventures, clips and outtakes from over the years. Audiences will also glean some insights about his life and growing up in Tennessee. Tickets can be purchased through Ticketmaster for $22.50, $32.50, $42.50 and $72.50.

Hanna is director emeritus at Ohio’s Columbus Zoo and Aquarium, which has grown from 80 acres to almost 600 acres since the late 1970s. In a recent phone conversation, he stressed his purpose is to educate, which is clearly emphasized on his syndicated weekly TV series Into the Wild, airing Fridays at 7 a.m. on WSYT-Channel 68.

Are you excited for this upcoming tour?

I’m looking forward to getting on the road. I have about four states in a row: We open in Ohio, then on to New York, Massachusetts and New Jersey. I love seeing the excitement from people who might not have been able to go to a zoo. We visit a lot of other places: hospitals, nursing homes. Animals bring a lot of joy to people. It goes with the saying, “Touch the heart to teach the mind.“ Will the format be the same as in previous shows?

I never know what I’m going to say. Nothing is planned. If you ever watched David Letterman, you can see I have no idea what I’m doing. (Laughs.) When I do a show, having done this for 20-something years and filming television shows for 30-something years, I act like it’s my first show I’ve ever done.

No show is the same, but the shows are pretty simple. It’s an hour and a half long, no breaks. Some of the animals we bring: We may have a cheetah, a sloth, a bearcat among others, for example.

Do you have any pre-show habits?

I do something most people don’t do: I try to sign autographs before and after the show. Why do I do that? I can read an audience that way. I can see who’s in the audience, feel who these people are. From the East Coast to the West Coast, there are different audiences.

Did you watch the TV shows Wild Kingdom or Zoorama while growing up?

Yes, I did. How’d you know? You must be my age or something.

Most people don’t know about my life, and I’ll talk about that (at the show) very quickly. I was raised on a farm in Tennessee. From 11 to 16 years old I cleaned cages for veterinarians. I’ve wanted to be a zookeeper since visiting a zoo at 16. I’ve lived my dream.

The television thing is something I never sought. It just happened. In 1983, two years before the 30 years with Letterman, Good Morning America called us when the zoo had twin gorillas. And we appeared on Johnny Carson and Larry King. This led from one TV show to the next. I don’t say that to brag. We don’t have agents or managers. People will call us, and we’ll be helping the animal world.

What are some misconceptions people may have about your work?

People use the term “the wild.” Well, the world has changed quite a bit. When I debate, people may ask for an explanation as to where the wild is. The wild is very simple. It’s in the South Pole, the North Pole, parts of the Amazon — parts of it — parts of Africa like the Congo. And that’s what the wild really is. Well, is it pleasant out there? Yes, it’s nice, but it can also be very unforgiving in today’s world.

Can you go into detail about how zoos are simply controlled environments?

The animal rights activists think zoos are terrible places and the wild is the place to go. They don’t really know what they’re talking about. I’ve been very blessed. I’m not a genius by any means. I’m an animal ambassador. I don’t like the word “expert.”

You have to see both sides of the story. I can see why people don’t understand zoos or aquariums. I’ll talk to them. When they see and learn about poaching in Africa, it’s enough to make a person cry. I don’t show this material in my speeches.

Most of these animals found at our zoos come from other zoos, not the wild. Unless there are instances where an animal was going to be destroyed, because there isn’t room or they were causing a problem, we’ll try to find them a home.

Zoos are great learning environments aside from simply being something to do.

Why do we have as many zoos in our country? Last year the largest attended recreational event in our country was the number of visits to zoos and aquariums: 182 million people last year. People want to learn about the animal world. Where else are you supposed to learn? People say, “Well, they can watch your show, Jack.” That’s great, I love having people watch, but that’s not the point.

You visit an accredited zoological park or aquarium to learn about a lion, an elephant or a whale. When learning, you have to see it to say you believe in something. For all of us working in this business, we devote our lives to it. I wouldn’t be doing this for 40-something years if I thought zoos and aquariums or I was doing something wrong.

Your 100-plus times on David Letterman’s show are memorable segments of television history. Your last appearance was emotional for you.

Yes, I was emotional. (The time spent) didn’t hit me until that last show. It was over 30 years with a man who had me on — just to have fun. Letterman, I can tell you now, is one of the greatest conservationists in this country. It’s amazing what he’s done. He’s a very giving person. He provided for the Columbus Zoo, and our city in Ohio, with millions of dollars of advertising. Forget about me, this is about the Columbus Zoo.

He even hugged me on that last show, which was very unusual according to his producers. I haven’t seen him, by the way. I’ve never met or spoken to him outside that studio. It’s not because he’s mean. He’s a very private person. And it’s his business, not mine.

Your philanthropy with Partners in Conservation also speaks highly with your dedication to education.

I’m just blessed to be doing what I’m doing and working at the Columbus Zoo. My goal is to educate people. Conservation comes after that. And I educate in a fun way, so that people will understand me.

I have a home in Rwanda, where gorillas live. I have it there not just because of the gorillas, but we have schools there. It’s about educating children.

When children hear and think about tigers or any animal going extinct, it’s a lie. They’ll come back, because of the work and conversations zoos are having with other countries. The controlled environments guard these animals, and then we’ll bring them back.

Are you able to enjoy free time?

I have a cabin in Montana to visit in the summers, and I love hiking, backpacking. That’s the only thing I can do for relaxation. I’m leaving here in a few weeks for Tanzania to film at the Serengeti Plains and Ngorongoro Crater.

You’ve also been married since the late 1960s. Is there a secret to love and marriage?

Good question. My wife just walked in. Hey, Sue. (Hanna pulls away from the phone.) Give and take. How is that, Sue? (“That’s perfect,” she says in the background.)

Any thoughts on retiring?

I’m almost 70, and I don’t understand retiring. I know my day is coming. I’m definitely going to 2018. I made a goal of that. More than likely I’ll be doing something after that, but who knows. For now I can do this, have fun with it and have people learn something. I could probably do this until the day I die.

Photo Gallery: Best of Syracuse Winners
Hupp to the Challenge
To Top