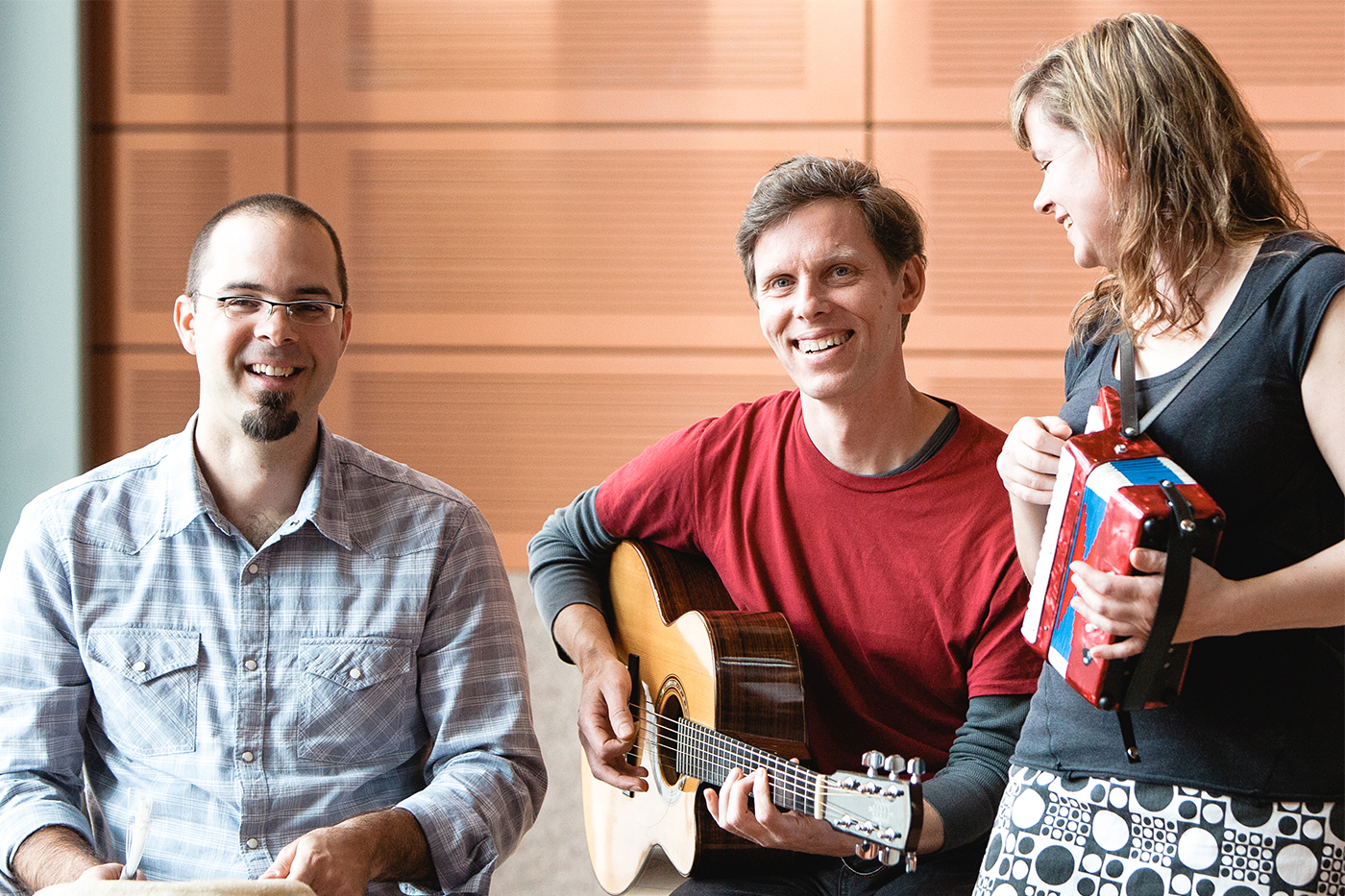 Jeffrey Pepper Rodgers has made a living by surrounding himself with work that celebrates words and music. His life is filled with teaching, workshops, gigs, editing, interviewing, writing and making music.

For several months Rodgers has taken much of his work on the road, but he’ll be back home Saturday, May 20, 8 p.m., to perform with his band at Jazz Central, 441 E. Washington St. The Young Novelists, a Toronto-based touring duo featuring Graydon James and Laura Spink, will also share the bill. Tickets are $12 in advance and $15 at the door. For more information, visit jpr-band-young-novelists.eventbrite.com or jeffreypepperrodgers.com.

On the road, Rodgers usually performs in the duo Pepper and Sassafras with Wendy Sassafras. Yet he looks forward to bringing his full band, dormant since last fall, back to vibrant life. The outfit will include Sassafras on various instruments and vocals, Josh Dekaney on drums and percussion and Jason Fridley taking on bass and sax.

“Each (formation) takes on different identities,” Rodgers says. “There are certain things we do as a duo that shine in that context. In the band, there are rhythmic things we do; we improv so we can stretch out on songs. I’ve been wanting to do a band show where we can play in a real listening environment.”

Rodgers ran his own showcases at Jazz Central for four years, calling the series “Words and Music”. It spotlighted various songwriters mounting more than 30 shows in the time period. “I loved doing it,” he says, “but I got busy doing other things. But I love the space and feel of Jazz Central.”

Rodgers has been teaching classes at Syracuse University and continues to write books and for magazines. He tours several times a month with the Pepper and Sassafras tandem, and he hosts workshops with subjects devoted to songwriting and the music of the Grateful Dead.

“People ask me about what I do and it always sounds ridiculous: too many things,” he says. “But they’re all things I like to do and are all related. Even if it doesn’t make sense as a job description, everything I do as a musician feeds into what I do as a writer and vice versa. And there’s no better way to learn about things than to teach them.”

Rodgers especially enjoys his Grateful Dead seminars because of his long history with the band. When he was a teen, he and his older brother would learn and play Dead tracks, then would improvise long jams for 20 minutes without a specific key or plan.

“It was all modeled by the Dead,” he recalls. “It was just fantastic training to be open to that kind of thing.”

That musical start shaped Rodgers’ identity as a songwriter, one who favors intelligent melodies and thoughtful lyrics. His Almost There album won the 2015 Syracuse Area Music Award (Sammy) for Best Americana, and Rodgers is also a grand-prize winner of the John Lennon Songwriting Contest. Rodgers’ group will also serve as backup for the Young Novelists at the Jazz Central gig. “I have varied musical interests, but I’m a folk rock guy and that’s at the heart of what they do,” Rodgers explains.

“Graydon James is the main songwriter for the Young Novelists and he comes at songwriting from a real storyteller’s point of view. I really like his way with language and the duo has great dynamics and really interesting arrangements. I hear a ton of singer-songwriters all the time and sometimes they blur together, but they really stood out for me. They have really good songs and they’re really good performers.”

Rodgers first saw the Young Novelists when they visited Syracuse for a 2015 Folkus Project show, then wrote a story about the act in Acoustic Guitar magazine. He later started running into them on the road when both duos would perform at various music conferences throughout the Northeast.

The Jazz Central show is sure to showcase the textures and talents of thoughtful songwriters, but Rodgers is about more than just his own band. He champions the whole Syracuse scene.

“I’ve lived in San Francisco, the Midwest and been part of a lot of different scenes,” Rodgers says. “There’s a great scene in Syracuse and more people should realize that and get out and be part of it. The more I travel around, the more I appreciate how deep the talent pool is and how accessible the musicians are. And the scene is growing, especially on the original music side. Get out and explore all the great music that’s happening all around.”

“This is such a do-it-yourself era. It’s like you’re starting a little business and there’s a lot of great tools you can use to do it yourself. My biggest advice is that most of the really good things that happened with me are just through people I’ve gotten to know. It’s from being out there, being at events, being at shows, going to conferences … I think, especially in the social media age, it’s more important than it ever was to get out there and make meaningful connections.”