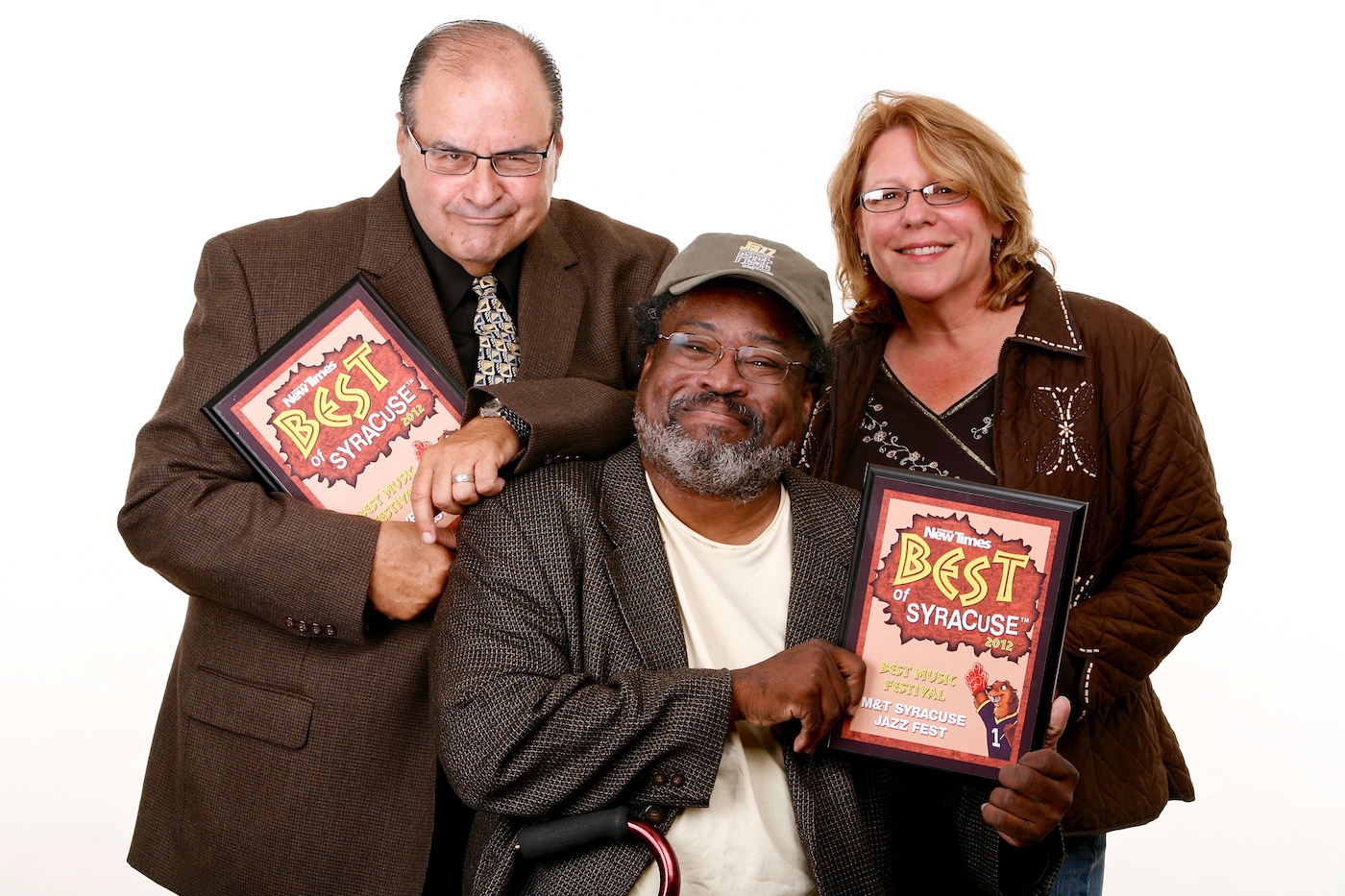 There has been good news and sad news surrounding the Syracuse M&T Jazz Fest in recent weeks. The good news concerns the now-quelled controversy that the 2017 festival will stay put next summer at the Onondaga Community College campus. The sad news is that Oscar L. Peterson Jr., Jazz Fest board president, won’t be around to witness the 35th anniversary edition. Peterson died Oct. 3, eight days short of his 55th birthday.

“Oscar was my brother from another mother, and my best friend for the past three decades,” said Jazz Fest founder Frank Malfitano. “On a personal basis, his loss is unfathomable, but his spirit and ever-present smile will stay with me all of the remaining days of my life.”

Peterson was best remembered for his 10-year run as Jazz Fest board president, as well as his former gig with WAER-FM 88.3 as the weekly host of his Jazz Express program, which would always open with Peggy Lee’s sultry composition “I Love Being Here With You.” Malfitano’s friendship with Peterson began in the mid-1980s when both collaborated on two Legends of Jazz series at the Mulroy Civic Center.

Peterson also served as vice chair for the city of Syracuse’s Republican Party. When Peterson first came to town from Atlanta, the Marine Corps veteran didn’t have to register in a party to be politically active. “I picked up a copy of the Syracuse New Times,” he recalled in a 2015 conversation with writer Walt Shepperd, “and saw Stanley Dean, a person of color, was chair of the Republican City Committee. I had been a Republican for a while, mentally, and when I met him he encouraged me to get involved.”

Health issues eventually led to Peterson’s move to a Baldwinsville facility oriented to his mobility challenges. Along the way, the wheelchair-bound Peterson switched political parties and ran as the primary candidate on the Conservative line for the 2015 Onondaga County executive race. “Conservatives have always been closer to my personal beliefs and values,” Peterson said to Shepperd, “and when I went to my last (annual party fundraiser) clambake, I knew I just wasn’t going to be a Republican any more. I filled out a voter registration form and checked Conservative.”

Malfitano announced that the 2017 M&T Syracuse Jazz Fest at OCC in 2017 will be officially dedicated to Peterson. “Oscar was truly a one-of-a-kind individual and the kind of irreplaceable human being who touched everyone he met or knew in a positive way,” Malfitano said. “He was the kind of special friend that comes along once in a lifetime.”

Local Hop
Jackie Warren-Moore: Where She’s Coming From
To Top