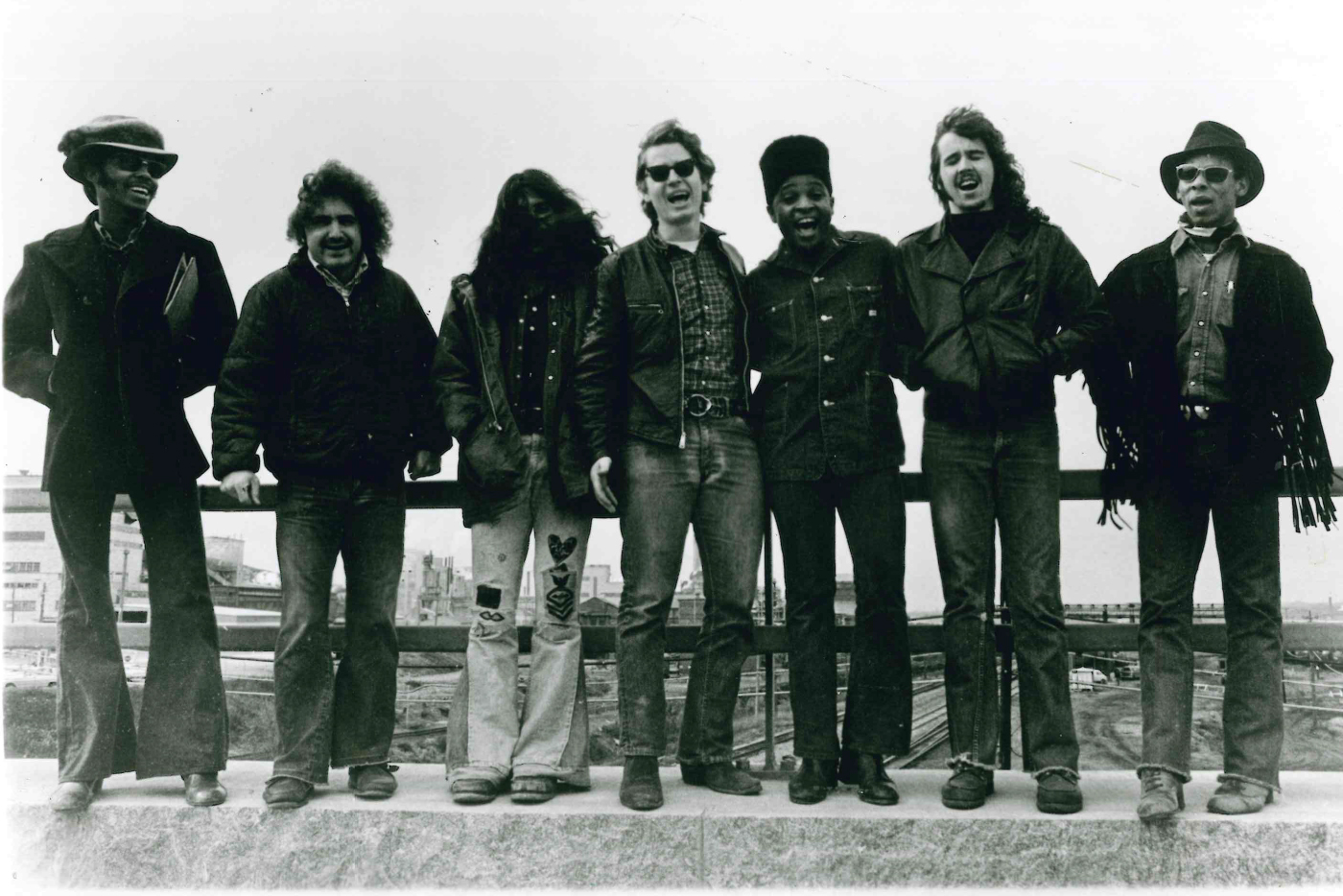 Members of Jam Factory to be honored at 2016 Sammy Awards.

YouTube preserves a magical moment for local rockers from the late 1960s and early 1970s: a five-minute version of “You Better Listen” introducing Jam Factory at the time to a national audience on The Today Show, replete with Joe English (later a drummer for Paul McCartney and Wings) losing a stick, and Earl Ford and Gene McCormick initiating a vicious side-to-side head bobbing that would become the band’s trademark.

“I don’t know where that came from,” Ford, who provided vocals and trombone, says today, “but my neck hurts now just watching it.” Steve Marcone, then on flugelhorn, vibes and trumpet recalls it as a dance with only head movement.

Watch the video below:

McCormick, then on keyboards, saxophones and vocals, thinks he picked up the head bobbing from Soul Train. “I just started doing it,” he says. “Then Earl started doing it, but nobody else really picked it up.” Moving on to college after Jam Factory broke up, McCormick spent time as a band director and played with Marvin Gaye before moving into the mental health field. He is currently a chief clinician at Vermont’s Department of Corrections.

Ford, McCormick and Marcone, along with Mark Hoffmann, still a guitarist and vocalist, will be inducted into the Syracuse Area Music Awards (Sammys) Hall of Fame with a Lifetime Achievement Award on Thursday, March 3, 7 p.m., at Upstairs at the Dinosaur Bar-B-Que. English, who has a family commitment, will not be in attendance, while former bassist and vocalist Kent DeFelice has passed on. The group, with Hoffmann’s son Gus on bass, will provide the closing act at the Sammy Awards presentation on Friday, March 4, 7 p.m., at Eastwood’s Palace Theatre.

Hoffmann, a local favorite when he plays out with Gus and singer-daughter Anna, recalls the band’s efforts to create a fresh sound capable of moving his generation toward an integrated society. His fondest memory of the group is a gig they played in Philadelphia’s Temple Stadium on the same bill with the Grateful Dead, Jimi Hendrix, the Steve Miller Band, and Cactus. English, now retired, remembers standing under the stadium’s stage listening to drummer Billy Cobham. “It felt like the earth was going to open up,” he says. “All I can remember is thinking. ‘I’ll never be that good.’”

The YouTube moment will indeed prove magical for many. Yet given the vagaries of the music business, which the band learned in the process of signing a contract with Columbia Records’ Epic label, it will be bittersweet for others.

The mythology of the time had band manager, the late Joe Leonard, signing the contract while relaxing in a bathtub after Jam Factory had opened to a standing ovation when they appeared with Hot Tuna at the Fillmore East. Word was Columbia saw Jam Factory as a threat to the genre Sly and the Family Stone was establishing, and wanted to stash them away on the vinyl shelf.

Marcone, who has taught classes on the music business, dismisses the mythology, citing his fondest memory as when the group showcased at a Columbia convention in the Bahamas. “With hundreds of groups signed,” he maintains, “they flew us down with a handful, including Miles Davis. They weren’t hiding us.”

Ford, who plays Sundays in Atlanta with a 60-piece church orchestra as well as working with four big bands, also rejects the behind-the-scenes conspiracy. “We did not have the business acumen,” he observes. “Sly just knew the right people.”

Fair Thee Well
Why I Am Crowdfunding My Memoir
To Top