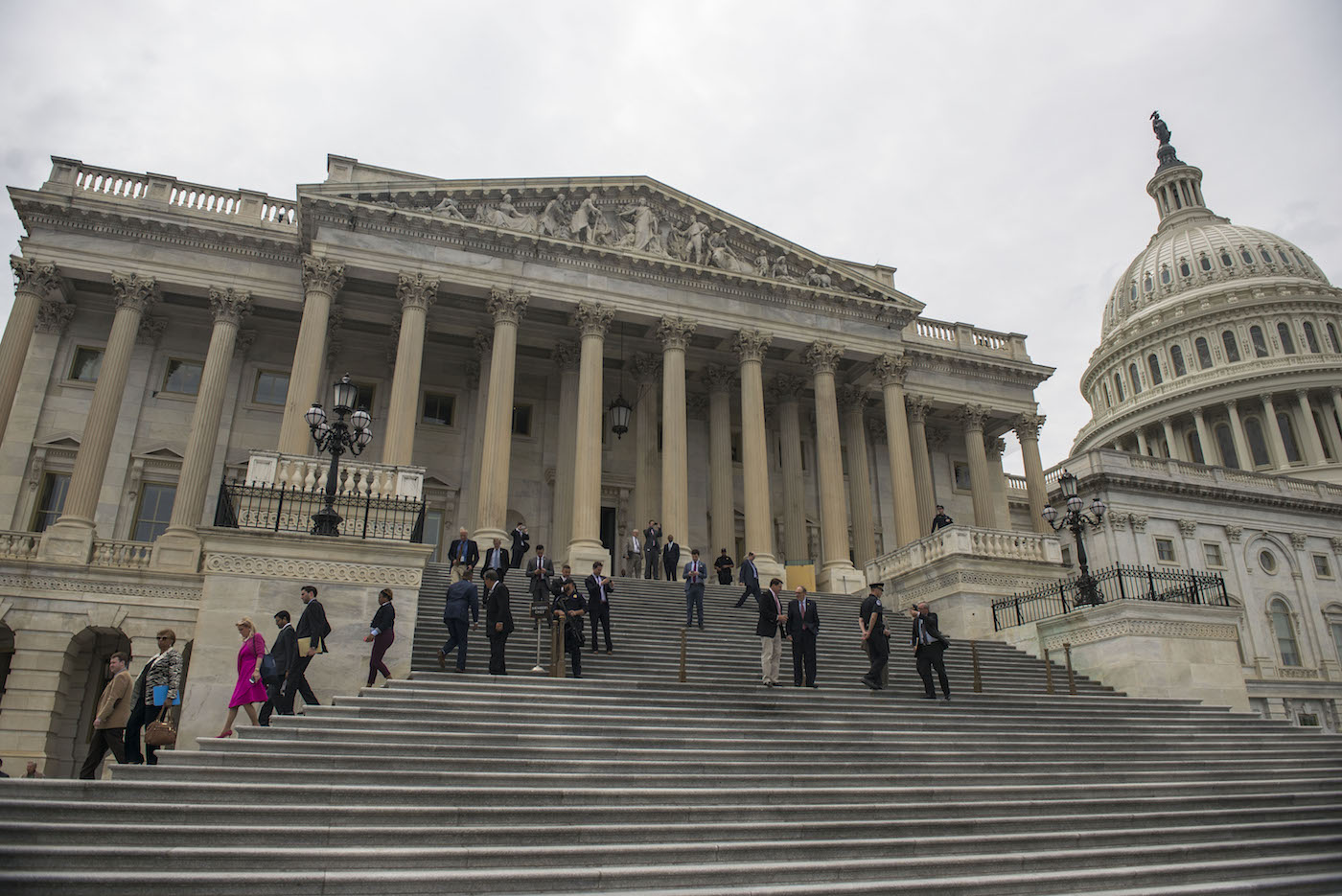 Events surrounding health care bill showed why people are fed up with the government.

If there is one moment we can point to where the federal government gave us a reason to be disappointed in and embarrassed by — and there are many — look no further than last Thursday in the chamber of the House of Representatives.

On one side of the aisle, Republicans had just narrowly pushed through their version of a health care bill meant to replace the Affordable Care Act, legislation of which we know little about in terms of its ramifications and legislation that we know many congressmen didn’t even read before approving it.

On the other side, Democrats, upon its passage, began waving and chanting in unison the words “Na na na na, na na na na, hey hey-ey, goodbye!” obviously signaling their belief that Republicans’ move to overhaul Obamacare would cost many of them their seats in the next election in 2018.

Now, we voted for these people. They represent us. These are our elected officials. They’re supposed to be the adults in the room. They control our money, our economy, our education and our very livelihood. We should hold them to the highest of standards.

Instead, on Thursday they looked like a group of foolish high school students who were turning in their English homework without having done the required reading and who were at a rowdy sporting event shouting the words of a 1969 pop song at their rivals.

It was a brief moment, but that kind of ridiculousness from both political parties said all there is to say about why people don’t like politics and why so many people are frustrated with the way Washington operates.

Sadly, those in Congress can never seem to figure that out. They can’t take the hint that they are the ones Americans are tired of. It’s not the president. Those come and go. It’s Congress that has Washington insiders who stay in the halls of power for decades at a time and who really have the handle on formulating national policy.

In case they haven’t noticed, a significant part of the last several presidential elections has been the promise by candidates to turn Washington on its head and change how business is done there. Americans elected Barack Obama because he was different. He was a fresh face; he had only been a member of Congress for four years and looked like someone who could unify both parties.

But too many people didn’t feel like he changed the system enough, or at all. Enter Donald Trump, a bombastic billionaire who has never held any political office who didn’t talk pretty and yelled about politicians just as much as a hard-working American probably does with their friends at their local bar on Friday nights. Sure, Trump’s emergence in part came about because of the very presence of Obama and his policies, but if Congress is feeling flustered working with the current administration, they only have themselves to blame. They created him. For the last several years, people have been clearly voting as a means to change Washington from the top down.

Indeed, a January Gallup poll found Congress’ approval rating at a whopping 19 percent. It has been consistently below 25 percent since 2010. And even though Republicans control both chambers currently, registered Republicans disapprove of Congress almost as much as Democrats. Even when Obama came into office with Democratic majorities in 2009, their approval rating was only 31 percent. For context, it was 84 percent in the immediate aftermath of 9/11.

And as unpopular as Trump may be, he is still far more popular than those in the Capitol. Again, why can’t they take the hint?

Some might get it. In a humorous display of self reflection, Sen. Michael Bennet of Colorado made a chart in 2011 showing all the things that were statistically more popular than Congress at the time. They included the IRS, Richard Nixon during Watergate, Hugo Chavez and the BP oil spill.

But others undoubtedly sit there, scratch their heads and wonder why their constituents hate them so.

Maybe it’s because Nancy Pelosi said members of Congress, many of whom are millionaires, couldn’t live without having their paycheck on time during the 2013 government shutdown. Maybe it’s because Ted Cruz read “Green Eggs and Ham” on the Senate floor purely to waste time. Maybe it’s because a Democratic lawmaker made a sex joke about Kellyann Conway or because a Republican brought a snowball into committee to show that climate change isn’t real.

Maybe it’s because lawmakers pass bills that impact one-sixth of the economy without reading them while others mock them and take the opportunity to rub their hands and dream of regaining power.

Maybe it’s time for some self evaluation. Maybe it’s time to try a little harder, end the gridlock and clown show, and show some real progress. They can badmouth the other side and tout their own agendas as the one better for us all they want. But they’re not fooling us. They’re still a group of squabbling high-schoolers. And we’re still here waiting for the day when they all grow up.