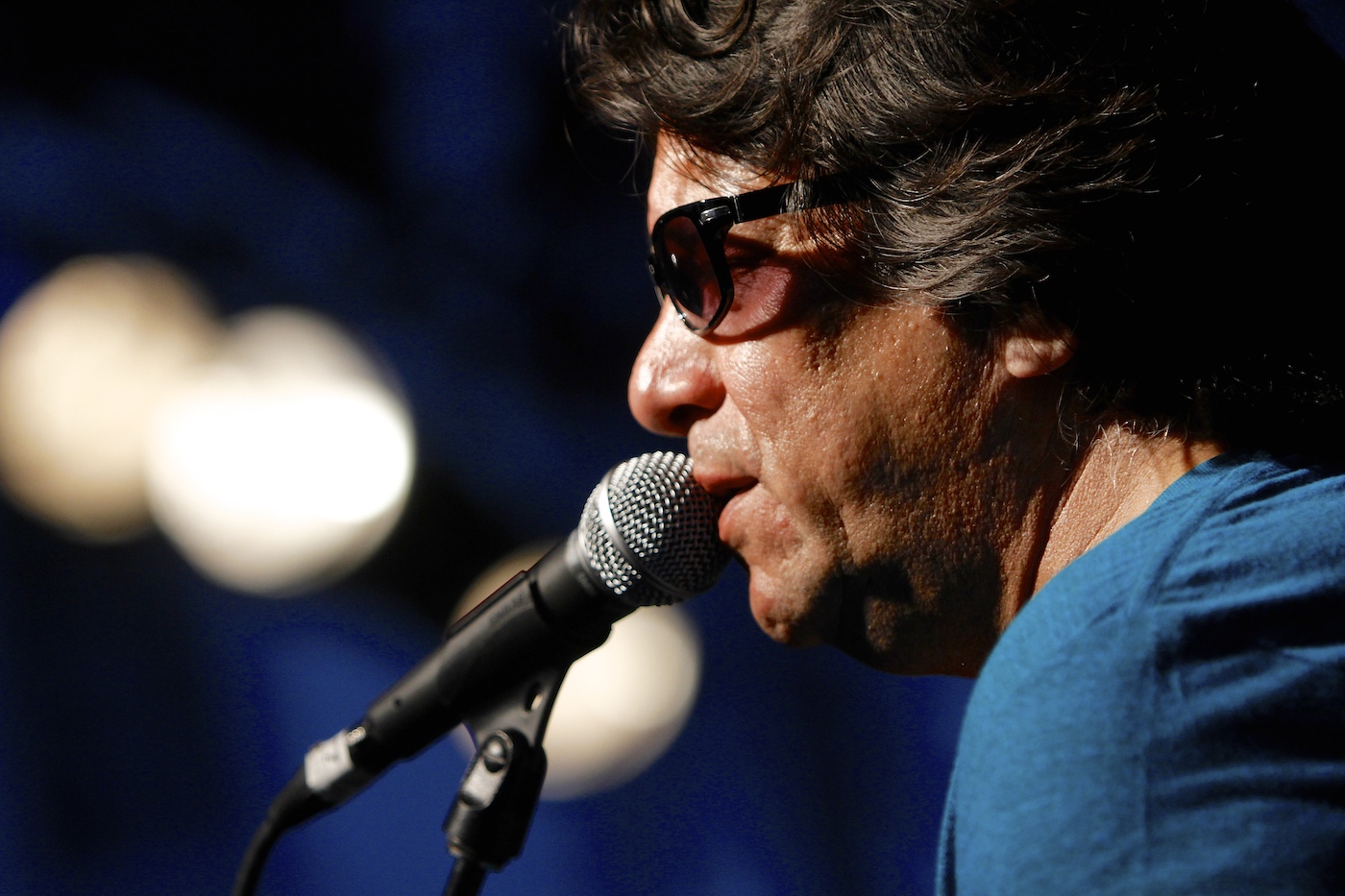 Irv Lyons has been a component of the Syracuse music scene for several decades. For 15 years he’s been part of the searing blues rock of The Ripcords, with Lyons, a left-handed player, ripping his right-handed guitar upside-down.

Now Lyons is hopeful that his recent nomination for the Native American Music Awards (Nammys) will help show the community that he’s more than a lead player and singer: He’s a songwriter, too.

Lyons’ manager, Kimberly Rossi, submitted his 2016 album Doing It All to the awards group in January. The disc made it through thousands of submissions to the next round in July, as listeners voted to secure Lyons’ nomination for “Best Pop” by August.

Lyons will attend the 17th annual Native American Music Awards show on Saturday, Oct. 14, at Seneca Niagara Resort and Casino in Niagara Falls. Tickets start at $15 and are available through Ticketmaster.

“I’m honored to be nominated by my peers,” Lyons says. “It’s a national award, so to know I competed against thousands of other people, it blows your mind a little bit. Win or lose, I can go to heaven now. It’s pretty cool I got nominated.”

The Nammys celebrate both traditional and contemporary Native American music from the past year. Voting is also open at surveymonkey.com/r/nativemusicawards.

Lyons hopes the nomination and potential award will show fans that he’s much more than a guitar player. “I’ve been writing songs since I was a kid,” he says. “I always wanted to do that. I love playing guitar. But writing songs, that’s where my passion really is.”

He grew up listening to his mother’s record collection, featuring Ray Charles, James Brown and other classics. “I would play those records and sing them,” he says. “All I had was that and the radio from 5 years old to senior in high school. That was my education in how to write music. I learned from the songwriters I heard.”

Lyons also thinks that’s some of the reason people have difficulty categorizing his own music: “I’ve had different influences since I was 5 years old.”

Although Lyons is known for his time with The Ripcords, he has released three solo albums in the past three years, all recorded and produced with Jeff Moleski at Moletrax Studio in Syracuse. “Jeff put together a really good CD for me, production-wise,” he says. “It’s my third one with him and they get better and better. He understands my sound. He did great. I’d love to win it for Jeff.”

Yet he recognizes the impact The Ripcords — also featuring Rex Lyons, Jay Gould, Scott Ebner and Steve Palumbo — have had, even on his solo efforts.

“The Ripcords support me and I support them,” Lyons says. “I’ve played with them for 15 years and I’m very thankful for having the opportunity. Their influence has influenced my writing, too. They’ve introduced me to different types of music I’d never played before. That’s been an education.”

Lyons also credits manager Rossi for getting him here in the first place. “I would have never even thought to send my stuff to the Native American Music Awards,” he says. “She’s my No. 1 supporter and a great PR person and manager for me. She’s been my No. 1 fan and the most tenacious person when it comes to putting my music out there. She did it.”

Although Lyons was nominated with The Ripcords several years ago for their album VooDoo Girl, this Nammy nom marks his first as a solo artist.

“I was in the Army for 20 years,” he says. “I never got to play music. Now I’m living what I want to do and it’s great. It took a long time, but now I’m writing music all the time. It’s what I love to do. I would love for people to recognize me as this: ‘OK, Irv’s not just a guitarist and vocalist. He writes songs, too.’”

Irv Lyons’ CDs are available at the Sound Garden in Armory Square. More information is also available at indigocny.com.

Light Work Goes Back To Collage
Goya, Picasso And More In A Dazzling SU Art Show
To Top