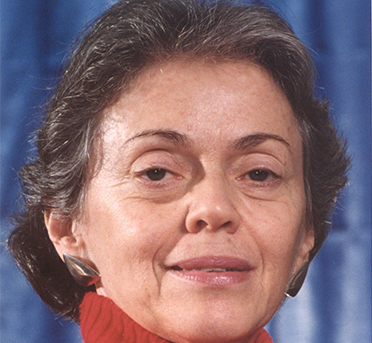 Rosalind Barnett is a senior scientist at Brandeis University’s Women’s Studies Research Center and co-author of The New Soft War on Women: How the Myth of Female Ascendance Is Hurting Women, Men-and Our Economy.

Grant Reeher (GR): Let’s start with the book’s title. You have got this phrase, “the myth of female ascendance.” What is that myth?

Rosalind Barnett (RB): OK, well the myth is that women have broken through the glass ceiling, that all the battles have been fought, that women now have a bright future and the sky is the limit and that the problems are all in the past. That is a big story in the media. It is fueled every now and then by some wonderful events that some woman has made. The myth around that is that when one woman has made it – like the new president of GM, for example – that it is fair for everybody. And that has fuelled a whole lot of problematic consequences, including the fact that if other women – most women, average women – think that the battles have all been fought but they are not making any progress, then they end up concluding that it is their fault. It must be something they haven’t done.

GR: What is the actual situation for women?

RB: I will give you a few examples. When you look across occupations, it is true that men are now moving more than before into women’s occupations, so we have more male nurses, male teachers and social workers, so forth. However, in every occupation, whether it is female dominated or not, when men are in those fields, they make more money than women and often significantly more. So no one goes out intentionally to pay women less, but it is part of the sex stereotyping of our culture that men are seen to be more driven, more ambitious, have more leadership qualities, and they end up getting a premium in terms of their salaries. Men and women graduating from MBA programs, they are a select group of people just fresh out of school. Women on the average make $4,500 or $4,600 a year less than men, and that difference grows over time. So by the time you get to the top of the corporate ladder, the differences are remarkable. In fact, over the lifetime or their work time, women are on average going to earn at least $100,000 less than men with the same degree.

GR: You make the claim that that myth is hurting not only women but also men and our general economy.

RB: In terms of men, since most couples now – most people who are married – if the wife is not earning what she would be earning given her talent and her experience, she is obviously going to affect the bottom-line for couples. So it becomes an issue for men as well as women to make sure that their spouses are being treated fairly in the workplace. And I mentioned before that there is a stream of events to show that performance of companies does better when there are more women sitting in these important positions. So when women aren’t promoted, when they aren’t given the opportunities to show that what they can do and what they can contribute, the whole company is going to suffer.

RB: Let’s start with the glass cliff. Women are often promoted to high-level positions when the company we are talking about is in trouble. So the idea being, “Well, we are in trouble, what the heck? Let’s give it to a woman and see what she can do.” So women get into these positions when a company is already on a slide down, and then if a company does in fact go down, people will say, “See, put a woman in charge and we have all kinds of problems.” So that is the glass cliff; it’s a precarious position for women who come into situations like that, and there are examples in our book about women who have been in that situation. The glass escalator is a very different kind of phenomenon. I mentioned earlier that men are increasingly moving into female-dominated occupations, but what happens when men come in to a field like nursing, they tend to be promoted much more quickly than women. They get promoted right through to the top, so they become the director or the supervisor and that is what we call the glass escalator. And it is interesting that the people who are doing the promoting tend to be women. So women in these senior positions were more likely to promote men, particularly white men, than they are to promote women. So men get an easier time, whereas when women go into male-dominated occupations they are told this is what they get: much more scrutiny, and a much harder time making any type of progress. For men, it is quite the opposite.

GR: I get the sense from conversations with my college students that they think this war has pretty much been won. Is that your sense for younger women and for girls?

RB: I think it is true. The first equal pay act was passed 50 years ago, 1963. Women are still earning on average 77 cents per dollar; it’s almost as if there is no change at all. Sure, in certain areas you find some change. But overall the picture is very stagnant. So this myth, it defangs motivation. You may find women in entry-level positions, but when we move up the ladder, they are very, very few and far between. Now, where have women made the biggest progress? Certainly they have made very big strides in the academy. More than half of degrees earned, bachelor’s, master’s, Ph.D. and professional level degrees are now earned by women. Which is remarkable in change, but when you get to the workplace, those degrees do not translate into opportunities than what they do for men, and that is a real problem.

GR: You have a clinical psychology practice. Have you seen a change over the years in the way that women think about and struggle with this problem?

RB: Sure, it’s very frustrating when you don’t know what else you can do. And it makes people very angry, and it makes them feel discouraged. But again, they take it as a personal situation. If they can be helped by a book like this, they say, “Wait a minute, the things that the company is doing are not my fault. That can be rectified, that will make it easier for me to make …” That is more motivating and mobilizing. In fact, no woman can do it on her own. They need the support of their corporations, and we need fairer policies. We are one of the few countries that has no paid child or maternity leave, no paid child care, no systems to help women. In fact, it’s sort of a miracle that women are doing as well as they are doing given the dearth of policy support that we have here.

GR: Your book has some specific advice for women in the workplace who are trying to win this new soft war. What are the most important pieces?

RB: It is a three-pronged approach, one which is what individuals can do, which is the question and we’ll get to it. The second is identifying things that could be done in their company. And the third is advocating for national policy changes.

Let us look at the individual. For example, the male stereotype, which we all know about is: He is a leader, he is confident, he is assertive, he is rational, he’s got all the potential. But the female stereotype in contrast is quite negative: Someone who is emotional, irrational, not very competent, very passive. So women have to confront that stereotype or else they are going to be defined by it. So one of the things we say is don’t let yourself be boxed in by these stereotypes. Concretely, what does that mean? It’s if you’re coming to give a talk in a new environment, have someone introduce your credentials. Don’t just say I’m Jane Smith and whatever. Say I’m Jane Smith, I just got my degree from Oxford University and I have just published these five papers – present your credentials up front. Well, some women have a hard time with that, but I think that is just a question of practice and being able to talk about yourself. It is quite remarkable how men and women will change their perception of women based on some of that preliminary biographical information. So that is one thing we can do. And it doesn’t make things harder; you don’t have to do this extra bit of work.

The next thing I mentioned is the environment. You know something goes wrong and you get angry. Well, if a man gets angry, he is seen as a strong leader, he is taking charge, he has it figured out. But when a woman gets angry, she is emotional and out of control, it is all about her, so what can be done about that? Women who can explain their anger. Say, “You know, I don’t get to see the report on time. It was due and it was late.” Somehow make it understandable. Then that stereotype that she is out of control and that she is irrational will dissipate. So women have to be aware of how they would likely proceed and undo it.

News and Blues
Everybody Loves a Parade
To Top