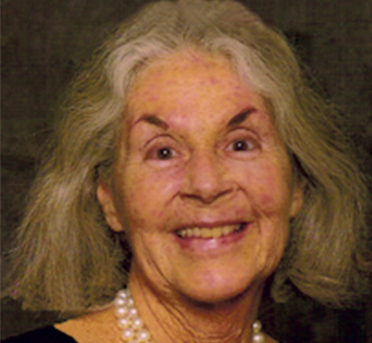 Karen Decrow was a nationally recognized attorney, author and a leader in women’s rights issues and from 1974 to 1977, was the president of the National Organization for Women.

Karen DeCrow, who died last week, was a guest on The Campbell Conversations in May 2011. She was a nationally recognized attorney, author and a leader in women’s rights issues. From 1974 to 1977, she was the president of the National Organization for Women. She was involved in many causes, among them pressuring Ivy League schools to admit women, integrating the military and NASA, getting more women into broadcast media and advocating for the Equal Rights Amendment. She won many awards, including induction in 2009 into the National Women’s Hall of Fame, in Seneca Falls.

In the interview, she discussed her career in the women’s rights movement, the state of women’s rights and some gender-related political issues happening at the time. She displayed all the qualities people have been remembering about her this week: She was feisty, provocative, insightful, committed. Here are excerpts from that interview.

Grant Reeher (GR): When people use the word “feminism” and when women and men say they are “feminists,” they can mean different things by that. Could you give me a very short definition of what feminism means to you?

Karen DeCrow (KD): What feminism means to me is what it says in the dictionary. A feminist is someone who believes in the social, economic and political equality between men and women. So I always use that, and then there are 25 other definitions that people can use. “A feminist is someone who believes women are superior.” I don’t believe that. What I want is equality between females and males, girls and boys, women and men. I think people differ greatly one to the other, but I don’t think you can sort out that men are this way and women are that way.

GR: You were national president of the National Organization for Women during what a lot of people regard as the heyday for the rights movements.

GR: The Golden Age, much better. What do you regard as the organization’s or your movement’s biggest success from that era, and your biggest failure?

KD: I never acknowledge any failure about anything in any category. The biggest mistake that I made was that I thought things were going to happen bigger than they did. I thought once we said that men and women should be equal, everything would fall into place. For example, I am flabbergasted that in 2011 we are still actually having a dialogue on whether birth control should be legal. I thought these reproductive rights were going to be settled, and so the biggest mistake was that I thought it would happen more quickly.

But I’m a big reader, and what I read most is history. Everything takes a very long time. So on the bright side, it could be said that how much we accomplished in a couple of decades is really miraculous.

The biggest success, I think, was we got on everyone’s radar. In the late 1960s, the idea of equality between men and women — nobody knew what we were talking about. We would have a meeting — this (studio) would have been four times too big. There was a tiny, tiny group. We never acknowledged how few we were because then people would think you have no power. We all were here representing the multitudes, but there were no multitudes, I can tell you. So the biggest success was, whether people call themselves feminist or not, whether people are members of NOW, or whether people identify with NOW, or whether people have ever been to Seneca Falls, N.Y., (we achieved) most of the things that we were pushing for.

I speak a lot at colleges, and years ago it was an all-female audience. Today, it’s about half and half; there are a lot of male students that come. I’ll ask the students, “OK, I’m going to ask a question of the females. Raise your hand if you plan to have a career, outside of being a wife, mother, whatever.” Everyone raises their hand. Then a question for the males: “Are you planning on getting married?” Usually, yes. “Are you planning to be a father?” Yes. “Do you think your wife will have a career outside the home?” Ninety-nine percent say yes. There is a small group of maybe hard-core guys who say I want my wife to iron my underwear, have dinner ready at 6:05, but mostly that’s not the case. So we have basically changed the terms of the debate. And so many things that were considered crazy then, like there should be female anchors on network television — come on, no one is going to listen to a woman giving the news. Now, that’s like ancient history. It’s like talking about horseshoes or your horseshoe factory or something. So the biggest success, is that whatever people call themselves and however much they identify with feminism or not, they have really accepted most of our ideas. That I would say is the biggest success.

GR: On a couple of occasions you have said or written that feminism has done a lot of things for girls and women, but that the future for feminism lies in what we can do for boys and men. Could you say a little more about what you mean by that?

GR: A strange segue perhaps, but some folks writing about President Barack Obama have said that not only is he our first black president, he is our firstfemale president, because he is a different kind of leader. What do you think about that? Is this going to have an impact on feminism in some way?

KD: Well, a different kind of leader. Our first female president, meaning in common parlance that he is not a chauvinist. His whole public record is terrific. I know they said Bill Clinton was the first black president, because he was very good on racial issues, but back to gender, I really won’t hand anybody that these are female traits or these are male traits.

GR: One of the things you’ve identified as a current pressing concern for feminism is more subtle and less obvious than the things that you were fighting for in the 1970s. It’s opening the path to women in the very top positions: partners in firms, CEOs, etc. I want to hear your impressions of Hillary Clinton’s run (for president), and the treatment she got.

KD: I worked for Hillary, I wanted Hillary to get the nomination and win the election. I followed that race very closely. I don’t feel that she did not get the nomination because of sexism. I never thought that, and I don’t think that today. I think (Obama) was just a fabulous candidate. Her luck, you know.

I watched what they did with her, and there was a great deal of sexism. Her appearance was described much more than male candidates’, and I remember at one of the debates, the camera focused on her rear end. I said, “Well, isn’t that special? Are they going to do all the guys?” And, of course, they didn’t. There was a great deal of attention paid to her emotional state. Who cares? There wasn’t a correct answer. For example, she was called too cold, not feminine enough, she wasn’t reaching out to her fellow human beings, all this stuff that I thought was garbage. Who cares? What are her policies, what does she plan to do internationally and domestically if she becomes president of the United States? What is George W. Bush doing that she doesn’t like? That is what is relevant. But then there came a time when she burst into tears about something or she cried a bit (before the New Hampshire primary). Then, “Oh, is she unstable?” And I felt that was quite sexist.

She certainly isn’t the first woman to ever throw her hat in the ring, but I think she was the first woman who was really close to a major party nomination, and a lot of us really thought she was going to get it. So, of course, you have to expect lots of attention and lots of sexism that comes with the territory. There were even journalists that I like and respect who went after her in a way that kind of surprised me, and I know Saturday Night Live had fun with that, how they went after Hillary. So the short answer to whether Hillary was treated in a certain way during her race: sure. Was that a surprise? A little bit, but that’s because I’m not smart enough to have anticipated it.

GR: What achievement in your creative or professional life so far has surprised you the most?

KD: I would link my so-called creative and professional life. My professional life is I’m a lawyer and a writer and I guess I’m, I think you said activist, or if you were less polite you would have said trouble-maker. But the goal is the same: I try to get equality between the sexes. I suppose what I think has been accomplished — and it’s definitely not by me; it’s by a group of us, a small group, a tiny band of dedicated people, women and men — we have made sexism unpopular, which I think is great. I think it’s terrific. We’re sitting in Maxwell Hall, and I remember not so long ago when there was one tenured professor, female, Marguerite Fisher, at Maxwell. And there came a time, probably in the ’70s, when another female who was probably an instructor or something, when they were talking about the tenure track and the overwhelming reaction was, we have a woman tenured professor here, what do we need? Well, that’s of course not the case now. When I went to (Syracuse University) Law School, from ’69 to ’72, I was the only female in my class. Today, it’s about half and half. I had no women professors in three years in the law school. Today, there are lots and lots and lots of women professors. And, in fact, the dean, Hannah Arterian, is female. It’s been a revolutionary change, that’s what I would say has been the success.