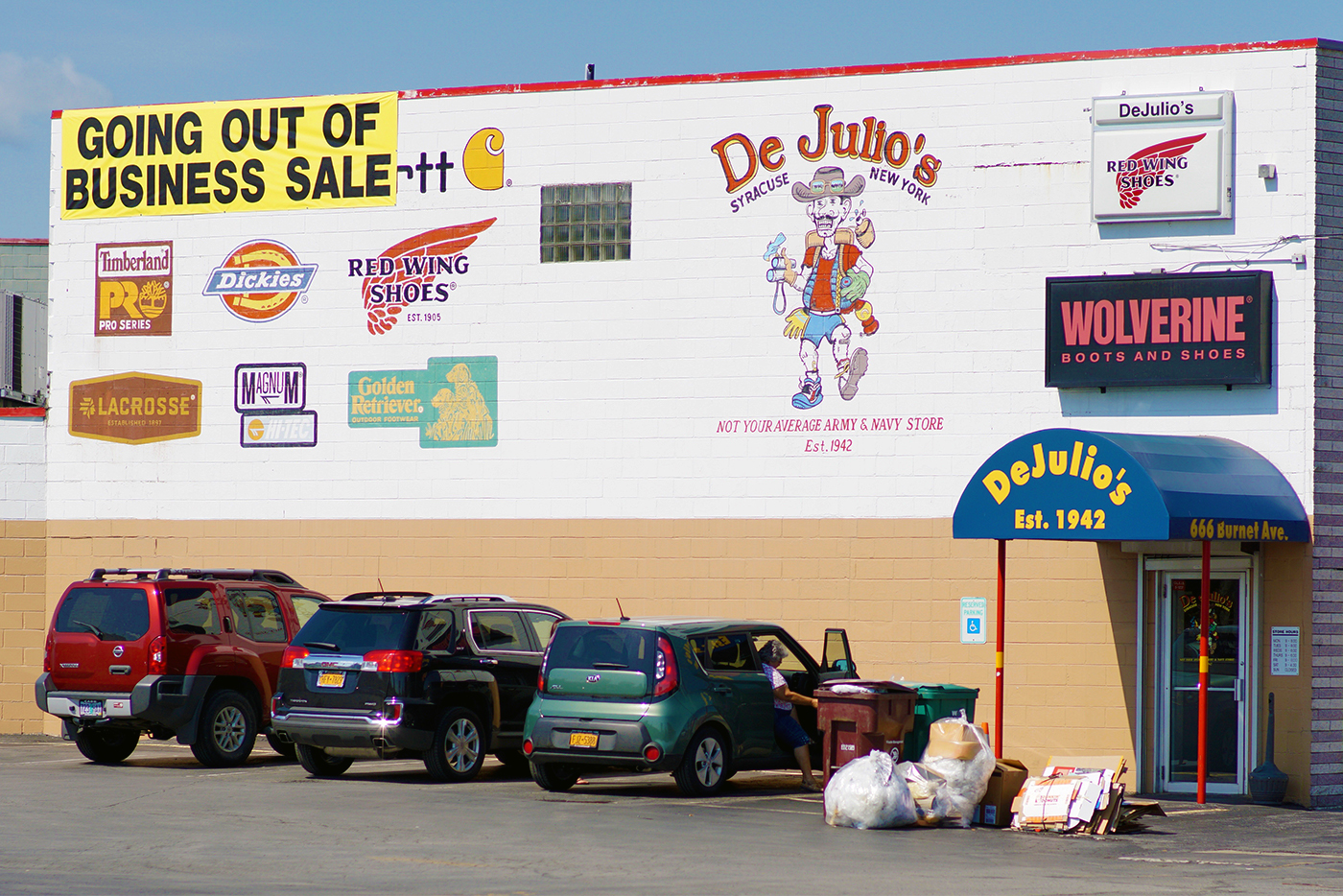 DeJulio’s Army and Navy Store, which has been a mainstay in Syracuse since 1929 when it started as a cobbler shop, will soon be closing its doors, said store owner Rick DeJulio.

“I thought about it for months. It wasn’t something that was just overnight,” he said during the middle of a recent workday. “I’m old enough to retire, so I’m going to enjoy life. I figured now would be the time to go.” 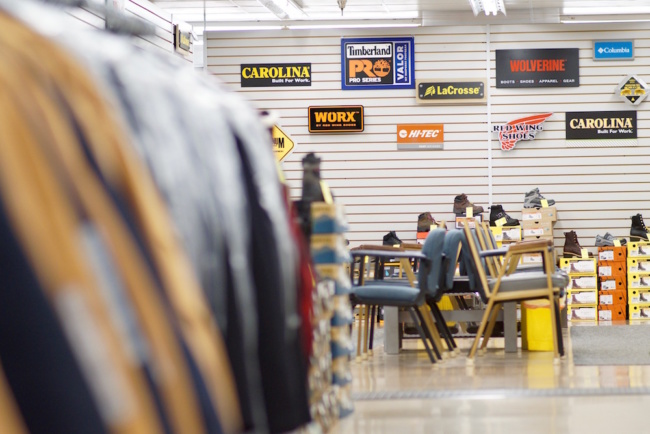 The establishment, which has evolved in recent years from an Army-Navy surplus store to include more popular brand-name products, will end with its third generation of family ownership. DeJulio said his son plans to move on to other ventures, while his brother said he wanted to get out of the business as well.

There is currently no closing date, although DeJulio said he will wrap things up when the inventory is gone. At press time, everything in the store is 40 percent off.

Alas, you won’t find the signature DeJulio’s T-shirts and sweat shirts with the recognizable caricature-enshrined logo. “Those blew out the first day,” he said. “By about 2 p.m. they were gone. Everybody wants me to do another batch of them, but, no.”

While the store’s final day is coming, the future of the iconic 666 Burnet Ave. building is currently up in the air. “I’ve had three people who want to talk to me,” DeJulio said about the potential buyers, “and I will when things calm down. The business is for sale, but we’ll just have to wait and see.”

Ever since its inception, DeJulio’s has been known for its customer service. DeJulio said it’s not about the products he sells, rather the information he gives to the shoppers.

“I think (the customers) have come to realize they can count on us being there, and now we’re not going to be here. I hear that a lot,” DeJulio said. “We were always there for them. I’d like to thank them all. We had a good run.”