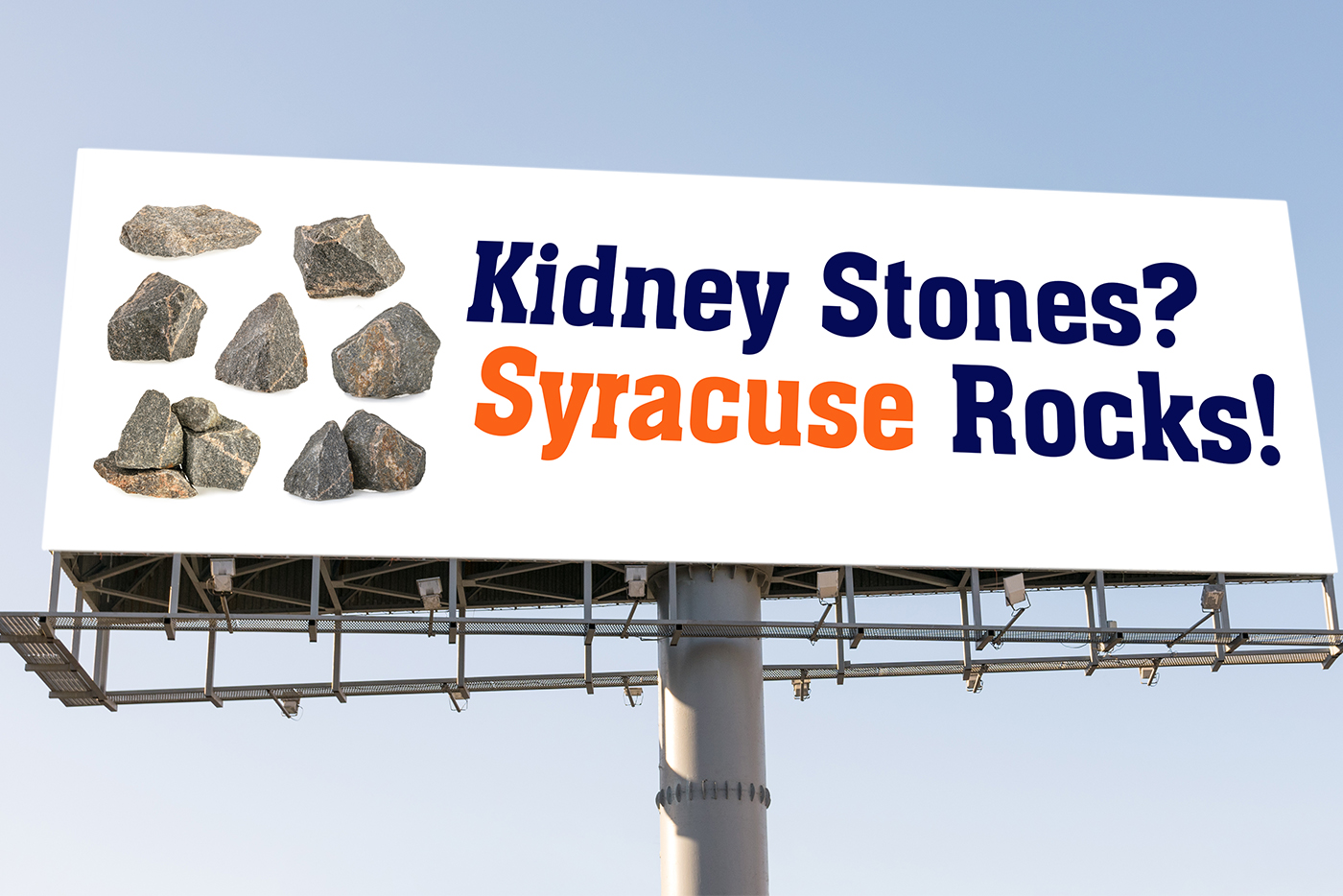 Catering to the ill should fix Syracuse’s ailing economy.

Our aspiring metropolis was graced recently by commentaries from two of its leading thinkers. David Rubin, former dean of the Newhouse School of Burger King Trainees Who Can Spell, and Ty Marshal, executive director of the Center for the Arts in Homer, both laid out intriguing arguments that Syracuse can save itself by fostering the arts instead of chasing the latest tech trends.

Much as I respect both men — Ty less so because he’s a former Syracuse New Times colleague and a friend — they are leading us down a blind alley. A third way beckons, a solution to our economic malaise as bold as a highway billboard.

Not arts. Human bio-parts! Restoring them. Replacing them. Inventing new ones from organic and synthetic materials. What Syracuse did for the dental chair and air conditioning, we can also do for knees, livers and brains. And let’s not forget the best part of all: the penis.

My Urethra! moment hit me as I was looping aimlessly around town on Interstates 81, 690 and 481, which I do in lieu of more costly therapy.

On 690, I saw two Crouse Hospital billboards. The most compelling declared: “For superior stroke care, say, ‘Take me to Crouse.’”

On 481, Upstate had its own stroke billboard: “Suspect a stroke? Think Fast. Think Upstate.”

My first thought was: What must people who are just passing through think of us, based on our billboards?

“Hey, Marge, let’s take this Thompson Road exit. I could go for a Stickley settee, a DUI lawyer and some first-rate stroke intervention.”

My second thought was: Syracuse might be stumbling onto a municipal slogan that actually works. “Stroke City, USA.”

My third thought was: Let’s think even bigger! Syracuse should turn itself into a multinational medical mall — a Destiny of the Damned, if you will.

Of course, hawking medical care like Mountain Dew or deodorant has challenges, and that’s especially true with an urgent, potentially life-shattering event such as a stroke. One promotional concern is that just because you are having a stroke doesn’t mean you know it.

Another friend, Ken Hartnett, a retired editor who resides in New Bedford, Mass., survived a stroke several years ago. He recalled the onset of “puzzling” symptoms: a slight pain in the back of his head, his speech becoming difficult to understand, some loss of balance. In other words, he felt like most of us feel after we’ve eaten at Taste of Syracuse.

“It never occurred to me that I was having a stroke,” Ken said.

He speculated that the billboards wouldn’t have helped him make an informed health care decision, especially after I informed him that the two hospitals are adjacent to each other. “It would add to my confusion,” he said.

But patient confusion is really an opportunity. In their befuddled state, emergent stroke victims can be especially vulnerable to the right marketing pitch, which should always stress empathic bonding, however hollow, with the acute care provider. All signs suggest we’re on the right track.

At Shop City, I conducted a small poll to assess whether the Upstate or Crouse stroke slogans were effective. I found wellsprings of support for both — a bit more for Crouse’s. Several people said it rolls off the tongue better.

“Crouse sounds more like we can help you while Upstate sounds like we’ll try to help you,” offered Kadie Towsley, a tobacco store employee.

LaShonna Barrot, browsing at a pawn shop, voiced concern that asking a stroke patient to “Think Fast” is asking too much. “That’s a lot of thinking,” she noted.

So, yes, we’ll need to fine-tune — and broaden — our branding to transform Syracuse into a multinational Mecca for the crippled and the diseased. Selling stroke care is only a start. Some other possibilities:

You Can’t Beat Us … for Diabetes.

“I’d Rather Die in an Ambulance Going to Syracuse Than Provide a Urine Sample in Utica.”

Syracuse: Because One Penis Is Never Enough.

None of this is meant to diminish the arts, but do the math: Tickets to superstar violinist Anne Akiko Meyers at the Crouse-Hinds Concert Theater: $20-$80. Estimated cost of removal of hemorrhoid by rubber banding: $495.