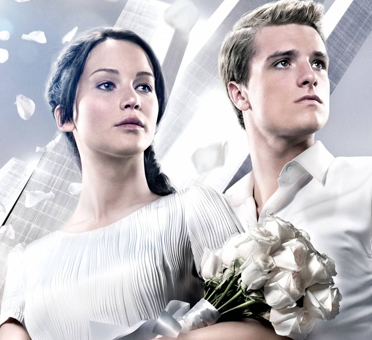 The Winter Olympic Games starts its once-every-four-years extravaganza three months from now, on the slopes and in the rinks of the Russian city of Sochi. In some circles, there’s more anticipation for this weekend’s opening of “The Hunger Games: Catching Fire.” The second installment of what’s promised as a trilogy reacquaints fans with the futuristic tale of children being forced to fight to the death for entertainment purposes.

The 2012 original, based on the novel by Suzanne Collins, had a whole lot of fans who might want to revisit the twists and turns of stars Katniss Everdeen (Jennifer Lawrence) and Peeta Mallark (Josh Hutcherson). New director Francis Lawrence (no relation to the star) has returnees Liam Hemsworth, Woody Harrelson and Donald Sutherland to make viewers love or hate, and Philip Seymour Hoffman is added to the chemistry.

Set a good part of your day aside if this is the opening movie you choose this weekend. Running time is 2 hours, 26 minutes. Throw in the dozen or so previews and you might need the large popcorn instead of the small.

Also opening this weekend is “Delivery Man,” a comedy that promises plenty of progeny from a lovable underachiever by the name of David, played by lovable overachiever Vince Vaughn. The premise in this one, directed and written by Ken Scott, is that his sperm-donating past of two decades ago has given David a whopping list of 533 offspring.

Chris Pratt, a forever-favorite to fans of TV’s very amusing “Parks and Recreation,” stars as the guy whose advice David can listen to or ignore when 142 of those people band together for a lawsuit asking for Sperm Donor Daddy’s identity to be revealed. David decides some of these young adults might benefit from a silent angel. He likely doesn’t get to all of them. If you’re in a rush, this baby only runs 1 hour, 43 minutes.

Thor knocked some heads for the second week in a row. “Thor: The Dark Return” topped the box office list again the weekend of Nov. 16, with a gross of $36.6 million, according to boxofficeguru.com. That put its two-week take at a whopping $145 million.

“The Best Man Holiday” couldn’t shove the Disney behemoth off the highest mountain, but the ensemble comedy with a huge heart starring Syracuse University alum Taye Diggs took No. 2 in its opening weekend, with a gross of $30.1 million.

And in case you were wondering about the great beyond: “Gravity” is still on the top 10 list, at No. 6 with a weekend gross of $6.1 million, good for an overall cash register-ring of $240.4 million.