Out with the old and in with the new. This phrase often suggests that for one to move forward, they must forget the past. This mentality can sometimes cause societies to be at odds when progress and planning meet historic preservation.

Currently on the city’s North Side, longtime Syracuse developer Tino Marcoccia is working to do away with the old to construct the new. His proposal: demolish 425 N. State St., home of San Miguel Mexican Restaurant, and build a multi-story complex that features room for office space, retail, a restaurant and apartments.

Marcoccia has owned the building since 2003, and states he has put nearly $250,000 into the property over the last 16 years. With the property in working condition and home to a functioning restaurant, many community residents were surprised when news came that Marcoccia had announced his intent to demolish the structure.

The most surprised? The Angeloro family, who own and operate Francesca’s Cucina, a popular Italian restaurant that sits less than a half-mile away from Marcoccia’s property. The Angeloros have had a presence in the North Side eatery scene since the early 1890s when Angelo Angeloro first moved to the area from Italy.

If you glance up at 425 N. State St., you’ll see a concrete plate directly in the middle of the brick façade that reads “A. Angeloro, June 1904,” along with a picture of a keg.

According to George Angeloro Sr., his great-grandfather Angelo originally operated a grocery store on the land in question but uprooted and moved the structure to make way for the four-story brick building that is currently planned for demolition. Originally constructed as a “tide house,” a public bar that is contracted to sell a specific beer, the building also served Italian immigrants who were moving to the region by providing comfort and a place to stay on its upper floors. 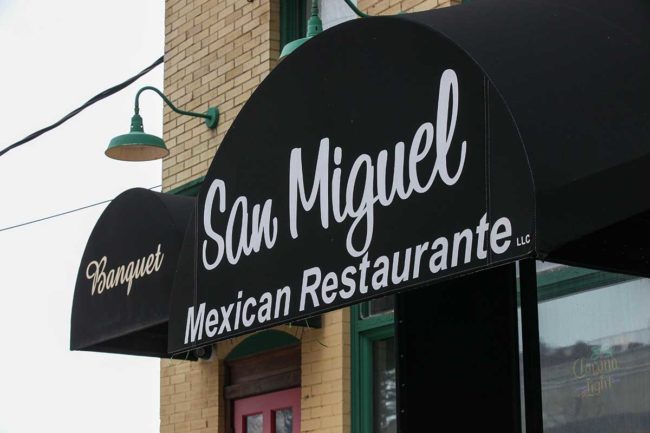 “It saddens our family to hear the news,” says George. “I’m not sure why a functioning restaurant located in what appears to be a building in good condition would be demolished.” That thought was echoed by many others on a @SyracuseHistory Instagram post that noted the developer’s intent.

One comment stated, “The mindset of replacing old buildings with new saddens me, especially when it involves a building like this. Anything that may replace it will never have this kind of character.” Another poster wrote, “I can guarantee there isn’t a single developer in this town right now that would replace this beauty with anything worth building,”

If you talk with Marcoccia, however, he will sum up his reasoning for demolition with one short sentence: “The building has served its purpose.”

Marcoccia has nearly 50 years of experience working as a developer and says he has often received pushback on projects. “These projects are difficult in this city,” Marcoccia says. “You always have someone who is against you.”

Marcoccia references his most well-known project at the corner of James Street and Midler Avenue. Once known as a blighted empty intersection in the mid-2000s, Marcoccia renovated the former Steak and Sundae building located at 3001 James St. and developed a new Kinney’s Drugs store across the street. Marcoccia states that these projects added approximately $44,000 to the city’s tax base.

In order to complete the project, Marcoccia had to elicit the support of the Common Council to amend a zoning law and push the project through. “People put me through hell for that project,” Marcoccia recalls. “I met resistance from every corner.”

Marcoccia describes his new project as a “transformation.” His proposal would span most of the 400 block of North State Street — an easy decision as the adjacent empty lots are also his property. A quick view of a 2011 Google Maps image capture shows two additional buildings that Marcoccia has demolished in recent years. “Once my project is completed, sales tax will increase, property tax will increase and for that reason, I expect the community to stand behind me and my decisions,” he says.

Not everyone is standing behind Marcoccia just yet. The Preservation Association of Central New York (PACNY) has put forth an application to designate 425 N. State St. as a protected site. This designation would need approval by the Common Council, but doesn’t necessarily stop the demolition. 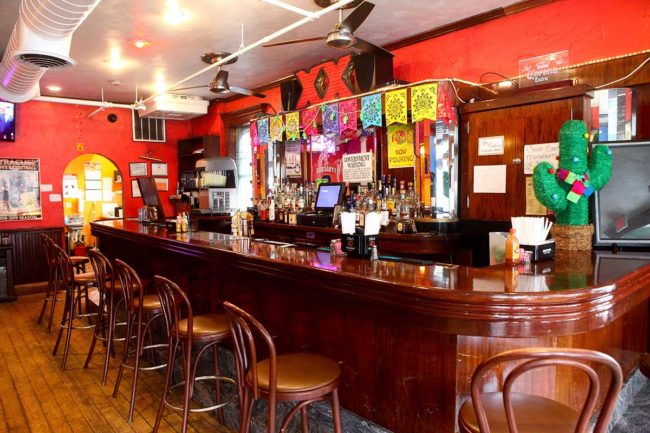 Demolition of a commercial property requires a Project Site Review by the city. And if the property is listed on the National Register of Historic Places, located in a historic district or is a locally protected site, then the project would require review by the Syracuse Landmark Preservation Board, who could potentially block the demolition.

Grant Johnson, a PACNY board member, states, “We are not anti-development; we advocate for what makes the most sense for the overall community.” In this case, Johnson explains how historic tax credits could assist the effort to both develop the block and save the building.

“We want to work with Marcoccia to the fullest extent that he wants to work with us,” Johnson notes. “Through education and communication we can make a challenging process easier.”

Marcoccia doesn’t see it that way, however. He recently requested the Syracuse Landmark Preservation Board to pull their application to designate the structure as a protected site. “People need to recognize progress,” he says. “It’s time to move on.”

When asked why he believes the structure cannot be utilized in a proposed plan, Marcoccia states that the construction of an underground parking lot does not allow the property to remain standing. He also says that he intends to find a new home for the San Miguel Mexican Restaurant.

For a neighborhood that recently lost four structures on the 700 block of North Salina Street in a fire last summer, losing another building that emphasizes the character of a historic neighborhood is tough to swallow. “Progress and development is great, but it shouldn’t destroy the fabric of a neighborhood,” says Johnson.

Historically responsible development has long been a battle cry of many Syracuse residents who wish to keep the fabric of their neighborhoods. In 1934, at the encouragement of then-Mayor Rolland Marvin, the city of Syracuse paid to have a 100-year-old structure moved to the corner of James and North Warren streets. Marvin wanted to transform the building in a public setting to show the citizens of Syracuse a real-time example of a restoration project — that older buildings could be put to use.

Shelia Weed, a longtime Syracuse architect who is working on the proposed project with Marcoccia, says the decision to restore or demolish the building at 425 N. State St. has her “torn.”

Having worked with Marcoccia on a number of projects, she understands his thinking, “He has been working toward this goal for several years and has a specific vision” she remarks. “Being an architect is sometimes hard. You don’t always agree with your clients, and in this case, do I want the building gone? No.”

Weed can make recommendations, but ultimately, if the city allows, Marcoccia can demolish 425 N. State St. and move forward with his plan. “If the building stays, I’ll embrace it. If not, I’ll attempt to salvage pieces of the structure. I’ll try to flip it inside out,” Weed says, explaining that the unique exterior components of the building could perhaps be utilized in the building’s restaurant for people to see.

The line between restricting development and preserving history is a tough one, but one our community has to walk together. Grant hopes that in the future PACNY is more proactive in their efforts to encourage the city to review buildings for historic designation that will help avoid situations such as this. As an organization led by volunteers, however, PACNY can only do so much.

Each year the organization releases a list of threatened properties; “8 that can’t wait” was the theme in 2018. Calls for 2019 nominations will begin this spring. It’s unlikely that the Angeloro building will be listed, but even so, developer Marcoccia will have to fight once more for what he believes is the best course of action for his property. One can only be hopeful that the two entities can work together to achieve a positive outcome for the community at large.