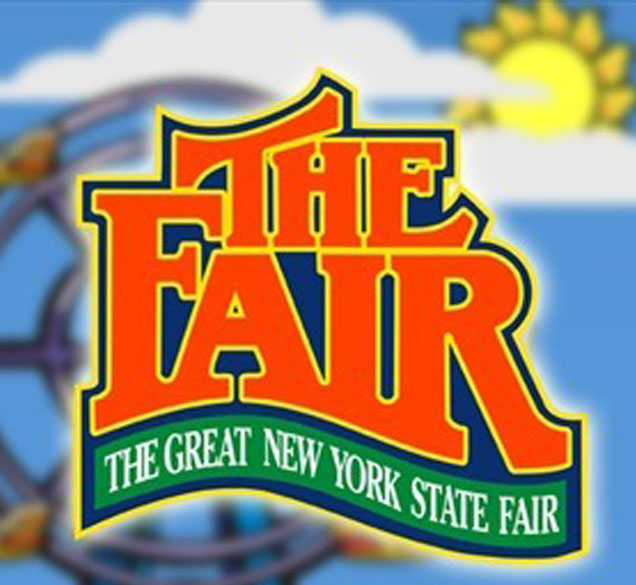 The New York State Fair music announcements are a little like Christmas morning. You wake up eager to see what’s under the tree, or in this case, on the computer (or in the Syracuse New Times). You spend every day leading up to the annual 12-day party waiting to see if your favorite musical acts—or even just one band you just kinda, sorta like—will make the lineup.

Sometimes, Christmas is magical and you get exactly what you asked for. And sometimes, you want to set the tree on fire and leave it on Santa’s front porch.

Depending on your tastes, this year’s State Fair lineup has a little of both. If you want to throw yourself back to big hair and 1983, you’ve got Styx on Sunday, Aug. 25, 8 p.m., at Chevy Court. If you want to wear every bit of red, white and blue you own and get sloppy drinking out of a red Solo cup, you’ve got Toby Keith on Friday, Aug. 23, 7:30 p.m., at the Grandstand.

And if you just want a few suggestions about who to see (or not), here are my five top picks for the 2013 State Fair. Even better, they’re all free shows at Chevy Court. For more concert information, visit nysfair.org.

I can’t decide if I’m actually excited for this show, or just want to see the spectacle. For someone who grew up loving songs like “Let’s Talk About Sex,” I can’t imagine many things better than rapping along to every word performed live (you better believe I know the words). And after the movie comedy Grandma’s Boy was released in 2006, I’m hoping I won’t be the only one performing Linda Cardellini’s rendition of “Push It.” (Look it up.) However, if rap’s not your thing, hang tight for the 8 p.m. show. . .

Grace Potter and the Nocturnals

For those unfamiliar with the powerhouse that is Potter, be prepared for a COUPON bombshell of talent and a charismatic live show. Potter has full command of the music and the stage. With a passionate voice, a wide spectrum of genres (rock, blues, funk) and material that just improves over time, this is bound to be one of the fair’s highlight musical moments.

The only time I saw George Clinton and Parliament Funkadelic live, it went something like this. Clinton was standing at the front door when I walked in and gave me a giant hug—colored dreddies and all—and then went on to perform the most insane live show I have ever seen. Chicks on roller skates and guys in diapers somehow ended up on stage. About an hour in, their funk was so heavy it blew the whole system out. And it was amazing. If this is not enough reason to see this show, just go to Wikipedia and check the resume. Clinton is the reigning king of funk. Not bad for a guy who is 72 years old.

Once you hear the riff of “Heaven,” memories of this 1990s-born brother power trio will come rushing back. This mix of Tex-Mex, Latin, roots, blues and rock comes equipped with the kind of and his twin guitar work with Duane Allman is some of the most legendary

harmonies only shared blood can provide, making the precision of their instrumentals as appealing as the vocals. If you think they’re limited to their “Heaven” hit, think again. This group has chops that will doubtlessly be put on display.

Song Picks: “Jessica” (duh),“Back on the Road Again,” “In Memory of Elisabeth Reed.”

Betts is best known as a founding member of the Allman Brothers Band in rock history. He was inducted into the Rock and Roll Hall of Fame in 1995 and is responsible for some of the greatest Allman Brothers hits, namely “Jessica” and “Ramblin’ Man.” Although Betts hasn’t played with that band in some years, a separation fueled by feuds, his solo career has continued to flourish and his skills remain ready to impress.