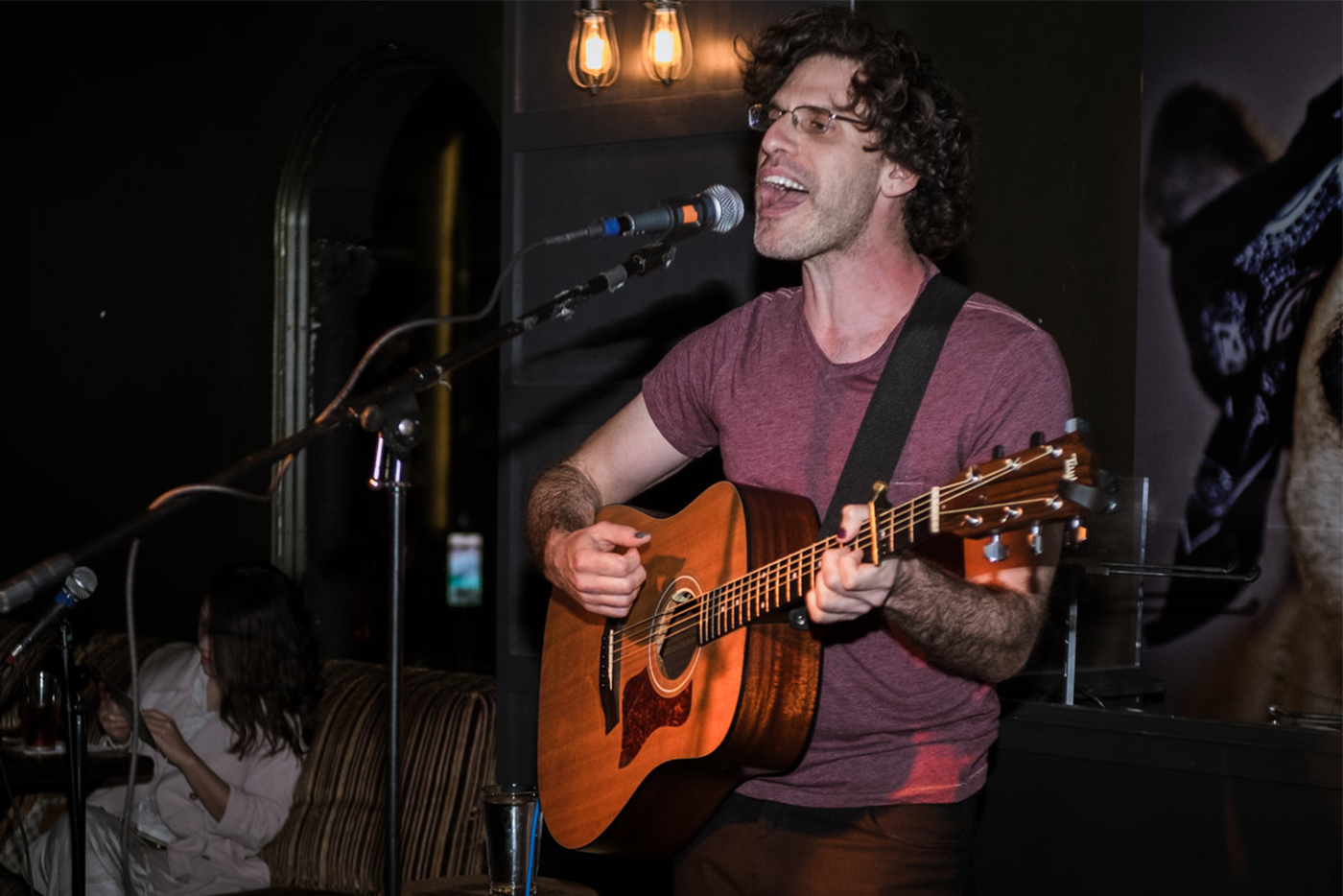 Diego Davidenko’s latest album gets back to basics.

Although singer-songwriter Diego Davidenko is originally from Argentina, his roots have a firm grasp in an unlikely place: Central New York. Before moving to various locations that included New York City, Iowa, Texas and Los Angeles, Davidenko lived in Manlius, spending formative time here from ages 9 to 18.

Davidenko, currently in the middle of a 10-week tour, will visit Syracuse’s own Funk ‘N Waffles Downtown, 307 S. Clinton St., on Friday, April 28, 6 p.m. Tickets are $5; visit funknwaffles.com for information.

The tour is hot on the heels of his second CD, In An Empty House, an album with an apparently similar theme as his debut album, It Isn’t Home. But Davidenko emphasizes that the releases could not be more different.

It Isn’t Home was recorded at Cubetta Records, his cousin’s studio in Mexico, during a timeline of several weeks with session musicians and polished production values. “I like the songs (on It Isn’t Home), but the CD doesn’t fully communicate who I am as a singer-songwriter,” Davidenko says. “It doesn’t sound how I sound live. I wanted this new CD to be much more raw and authentic, flaws and all.”

In An Empty House was recorded at an Airbnb rental just north of Los Angeles with Davidenko’s friend Sam Thorn. They arrived on a Thursday night and were done by Sunday night.

“It was just us, three mikes and a laptop,” Davidenko says. “We recorded and edited the whole thing ourselves. There was no percussion, no bass. There were some doublings of voices and another singer-songwriter on backup vocals, but for the most part it was just me and my guitar, singing my songs. It’s a lot more intimate and authentic in a sense.”

The albums also have slightly different themes, although both deal with the thought of home and being present within it. The first addressed Davidenko’s own struggle with finding a source of connection; he moved from Argentina to Syracuse and then to Rochester, New York City, back to Syracuse, then Texas and California, all within about 10 years. And now he roams the country singing his songs.

The new album is about an empty house, perhaps the flip side of Davidenko’s situation. “A lot of the songs deal with the idea of someone not being there for various reasons,” he explains. “I’ve had several people on this tour talking about their father dying of cancer, or just going through a divorce, or a girlfriend moving to study abroad.”

He also realizes the value of listeners sharing those stories with him. “On this tour, almost every show I feel a connection with someone or someone comes up to me,” Davidenko says. “These songs really spoke to them and helped them solidify their understanding of their own feelings. It’s very validating to me.”

Davidenko started out as a computer science major in Rochester and eventually realized his passion was in music and songwriting, so he switched to composition at SUNY Fredonia. He went on to pursue his master’s degree in composition from Syracuse University and his Ph.D. in Iowa, but realized the music he was creating wasn’t what he wanted to make.

“Even though both are in the music field, they’re quite different paths,” he explains. “Early on, composition and songwriting had been fairly similar tasks. But once I got into the Ph.D. of it, academic composition was asking me to produce music that wasn’t coming from my heart. I realized I wouldn’t be happy unless I could dictate my own path and really write the music that I love to write.”

It was a difficult decision as Davidenko had invested so much of his life into the study of composition at that point. But at age 32 he moved to Austin, Texas, a bustling music city. Later, a girlfriend took a job in Los Angeles, so he relocated again, still in pursuit of his singer-songwriter dream. Today, he continues to chase it.

“I’m still figuring out what success means to me as a singer-songwriter,” he says. “The first image is of a Paul Simon show in Central Park for 500,000 people being rich and hugely popular. But that’s not necessarily success. I’m starting to learn to differentiate between business success vs. artistic success: Am I continuing to improve in my performance and ability? When someone from the audience comes up and says how a song or lyric in a song was valuable for them to hear, those are the things that stick with me the most. That leads me to think that’s what success is as a singer-songwriter. It means getting my stuff out there to someone who needs to hear something.”

Davidenko booked this tour by himself, as he travels from Oregon to Pennsylvania to Florida to New Mexico, in search of finding ears that need to hear his music. He’ll also bring his dad around for part of the trip.

“I’m not sure if that’s something you talk about,” he laughs. “But I’m super-excited for it. We’ve always wanted to do a road trip.”

“Keep doing it and don’t give up. Any advice beyond that would be too specific. The way that things grow and evolve is so unpredictable. Just keep doing it and see what happens.”