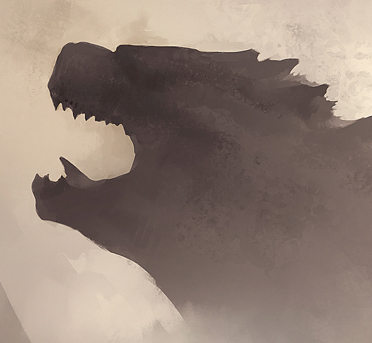 And if you think that’s just wrong, there’s a video series that agrees with you

My one-theater-film a week blog routine did not take me to Godzilla this summer.

Still I stopped and read when the monster movie was the subject of a Wednesday story by Mike Bracken on the always quite thorough Cinema Blend site. There’s a video feature on Screen Junkies out there in www-dot-land called Honest Trailers, and Bracken reveals that the folks who focus that spotlight took on the giant Japanese reptile that I first became fascinated by when I was a kid.

I didn’t miss much when I skipped Godzilla, it turns out.

For instance, points out Bracken, Honest Trailers makes much of the fact that in its own film, Godzilla has a grand total of 11 minutes screen time. “There’s no mystery to sustain in a movie where the title tells you you’re GOING TO SEE GODZILLA,” he writes. “Seriously, it’s like making a movie called Brad Pitt and then giving him 12 minutes of screentime where his face is consistently obscured by things in the environment.”

Further, Bracken says, Bryan Cranston of Breaking Bad fame gets about the same exposure as Godzilla plus speaks lousy Japanese, and Japanese star Ken Watanabe basically has one line, in broken English.

It could outrun the woman superhero film to theaters Murray told the Toronto Star: “I’m fine with it. I’d go to that movie. And they’d probably have better outfits, too.”

One week after the major complaints to Marvel about that universe’s lack of a project with a woman superhero as the title star, news came out Tuesday in a Screen Rant story by Sandy Schaefer that Ghostbusters 3 is in negotiations between Sony and Paul Feig, who directed Bridesmaids and The Heat.

And wouldn’t you know it, but word has it, writes Schaefer, that it “will focus on an all-female team of poltergeist catchers.”

As the writer points out, with 30 years gone by since Ghostbusters II, and the recent passing of important franchise member Harold Ramis, this might be exactly what could make this the right movie at the right time for a new generation. Still, the story says, the suggestion has been met with its share of controversy.

One supporter is Bill Murray, who for a long time has said he’s not going to be the one starring in any third installment.

Bill could be on to something with that list of spirit lifters, could he not?