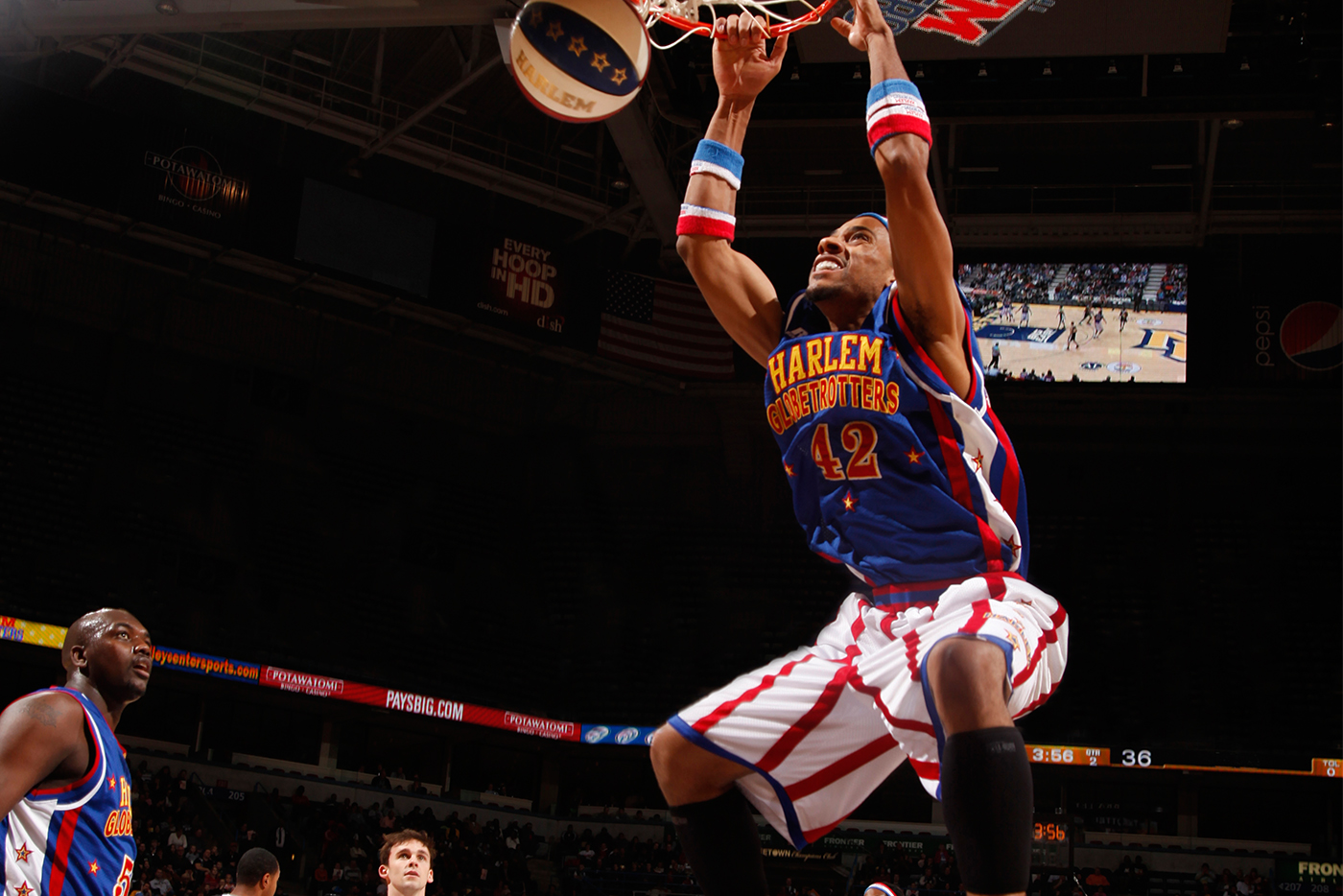 The Harlem Globetrotters stop in Syracuse to promote their 90th anniversary.

The Harlem Globetrotters return to the Carrier Dome on Friday, Jan. 29, as a part of the basketball team’s 2016 world tour. Known for its dazzling and showstopping moves on the court, the hoops group is also recognized for its charitable efforts off the hardwood.

Nicknamed “The Ambassadors of Goodwill,” the Globetrotters are currently celebrating their 90th anniversary. As a part of this observance, the organization has started “The Great Assist” initiative. The ultimate goal is to extend 100 million smiles worldwide over the next 10 years in time for the team’s centennial anniversary.

The ambitious plan is more than achievable, with players such as Julian “Zeus” McClurkin, 29, helping to lead the cause. “I don’t know how we’re going to quantify that, but we’re going to try,” he said. “We’re known as the Ambassadors of Goodwill for a good reason. We’ve been to 122 countries and provinces around the world, basically spreading smiles and joy everywhere we go.” When he’s off the court and catching up at home, McClurkin is a practicing minister for the Pool of Bethesda Church of the Living God, on the east side of Columbus, Ohio. So McClurkin is no stranger to giving back to his community.

“It represents who I am already, not just as a basketball player, but as a man,” he said. “Being a Globetrotter and being a part of the Great Assist is an extension of myself.”

While in town Jan. 20 to promote the Dome game, McClurkin also made an appearance at Upstate Golisano Children’s Hospital. “We have this program called Smile Patrol,” McClurkin said. “That’s where I go into each of the (hospital) rooms and I just try to put a smile on those kids’ faces who maybe haven’t had the best of news in their recent history.”

The Great Assist initiative has many other programs involved in accomplishing the team’s goal. This includes building character, aiding in physical fitness, lending a hand after natural disasters, helping build homes for the needy and volunteering at soup kitchens, according to the Globetrotters’ official website.

“An example of community outreach that we do is when we go to schools,” McClurkin said. “We have an ABCs of Bullying Prevention program that we have been doing for the past few years. It’s through a partnership with the National Campaign to Stop Violence.”

McClurkin is a prime example of never giving up on one’s dreams, making him an excellent role model for children worldwide. After being cut from numerous basketball teams during his early high school years, he stayed diligent and made it as a junior and senior.

After high school McClurkin played several years at the Division II level in college before landing a spot on the Washington Generals. The Generals were the “arch-rivals” of the Globetrotters at the time, though Washington has only won a single game against Harlem in more than 60 years.

“That was when I noticed who the Globetrotters were and what they represented as a whole,” McClurkin said. “That year (that I was with the Generals), I did everything I could to be recognized by the Globetrotters. Eventually they got tired of me dunking on them, so they signed me over.”

McClurkin has spent the past two seasons with the Globetrotters, and recently paved his way into the Guinness Book of World Records for having the most slam dunks in a one-minute span. This required him to not simply dunk the ball while standing and jumping vertically, but to run to the free throw line and back on each attempt.

McClurkin said that the Globetrotters join forces with the Guinness personnel each year to attempt to break records involving basketball. When asked if there was anything he would like to try, he said, “Hey, I dunk a lot, let’s do something with dunks.”

There was no record set prior to McClurkin’s effort, so a base goal was set at 15 dunks. Despite struggling with exercise-induced asthma, McClurkin was able to prevail and just narrowly pass the barrier of 15 dunks with seconds to spare. The result further proved his drive to succeed, even when the odds were against him.

“I was able to do it, I was able to push through,” he said. “It’s kind of a testimony to asthmatics everywhere that you don’t have to let your asthma be a hindrance to you.”