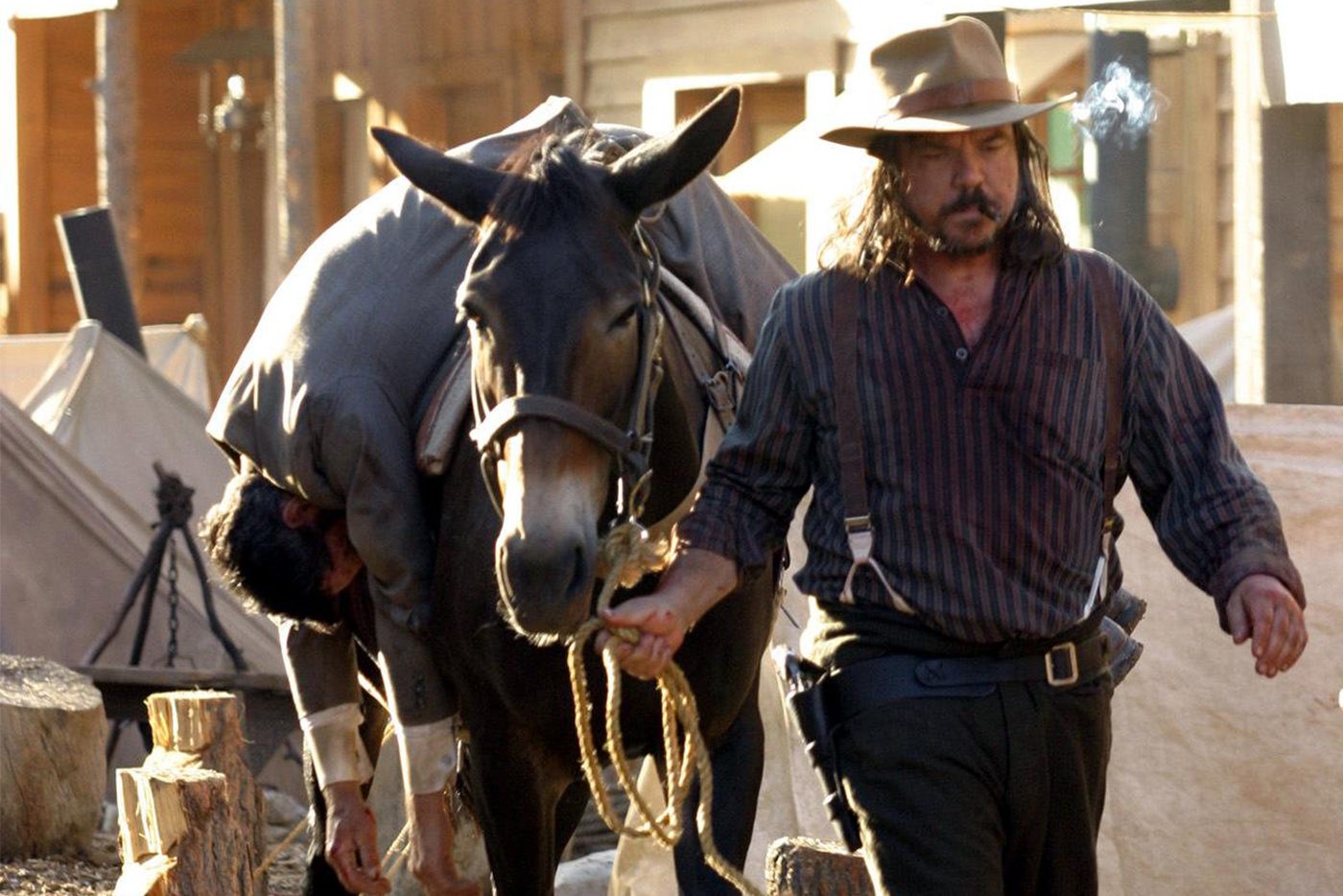 An oldie but goodie from HBO deserves a second look.

If you love the violence and political machinations of Game of Thrones, the gamesmanship of House of Cards, and the gritty lawlessness of True Detective and Sons of Anarchy, Deadwood should be next on your list.

Created by David Milch (NYPD Blue), Deadwood tells the story of a gold mining camp in the American West. Set shortly after the end of the Civil War, it is largely about the politics of the camp’s evolution from a lawless mud pit to a civilized, governed U.S. territory. The cascading story arcs of a host of flawed characters touch on issues of liberty, power, the press, workers’ rights, misogyny, immigration, race, and substance abuse. There is something for everyone in this tale of how order and chaos collide not only in the creation of new governments, but in the travails of everyday life.

Deadwood’s de-facto leader is Al Swearengen (Ian McShane), owner of the Gem Saloon, a bar and brothel that he rules with a whiskey-soaked iron fist. Swearengen has business dealings with nearly everyone in the camp and oversees most of its comings and goings. In the first episode, he meets his counterpart, Seth Bullock (Timothy Olyphant), a former marshall who has left his life of law enforcement to open a hardware store in Deadwood. But putting down the badge proves to go against Bullock’s nature, and he soon takes on the role of lawman once again. Through an uneasy partnership with Swearengen, Bullock tries to bring some semblance of civility to the pandemonium.

Over the course of three seasons, which span just over a year in the life of the camp, several challengers to Swearengen’s and Bullock’s power arrive in Deadwood. Cy Tolliver (Powers Boothe) opens a rival saloon and angles to usurp Swearengen. Businessman George Hearst (Gerald McRaney) aims to dethrone them both and rule through fear. All the while, this cadre of would-be power brokers must decide how to handle the annexation of their contested domain by the U.S. government.

Though most of the story focuses on the political maneuvers of the town’s men, Deadwood does as good a job as any show in recent memory of telling women’s stories. There’s Alma Garret (Molly Parker), the wife of an entrepreneur who is dragged to Deadwood by her husband, only to later find herself alone and negotiating her own entrepreneurial endeavors. Joanie Stubbs (Kim Dickens), the madam of Tolliver’s brothel, struggles deeply with her line of work and what her complicity in the sex trade means for the women she oversees. Calamity Jane (Robin Weigert) must reconcile her outlaw tendencies with her penchant for nurturing the sick and downtrodden. These women are not just pawns but players in this story; their actions and motivations are in fact central to its development.

The one cautionary note I would include about Deadwood concerns the dialogue. The way Deadwood’s residents speak is dense and convoluted, heavy with the dialect of the Old West. Milch is unapologetic not only in his use of profanity, but in his use of long, meandering monologues and ten-dollar words. For large swaths of certain episodes, the meaning of the characters’ verbal sparring entirely escaped me, and I found myself forced to rewind to figure out what the bleep they were actually talking about.

Deadwood is not an easy show to watch. Milch requires rapt attention and hard work of his viewers. It’s a bit like reading Shakespeare — it makes no sense without a little CliffsNotes guidance, but once you understand the sharp ironies, metaphors, and hilarity of the Bard’s brilliant exchanges, his work truly comes to life. For guidance on Deadwood, follow along with Alan Sepinwall’s archive of recaps as you work your way through the series.

Another word of warning: The series is widely considered one of the best shows ever to be cancelled before it could find a conclusive ending. The finale is fabulous and — as far as I see it — ended on a beautifully encapsulating note. Still, many viewers have expressed that it feels unfinished. But rest assured, your commitment to Deadwood won’t be in vain. In January 2016, HBO executives gave creator David Milch the green light to write a script for a Deadwood movie, due out in — well, nobody knows when. But, it’s happening.

So saddle your horse, load your pistol, pour yourself a tall glass of whiskey, and set off for Deadwood. When you come out on the other side, sweaty and covered in mud, you won’t regret it.