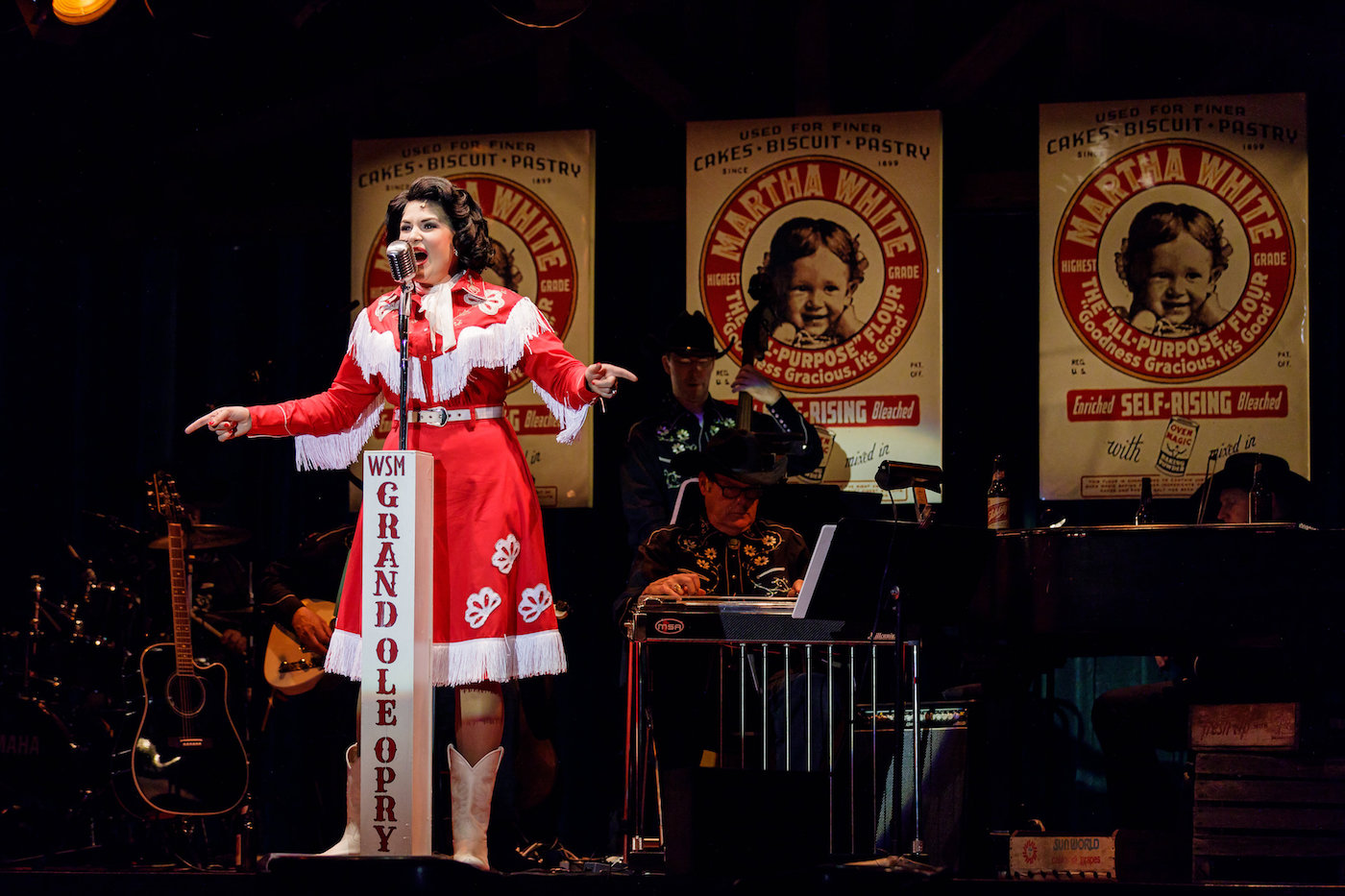 Most shows can be done once or twice and then just have to go away. (A Christmas Carol, the ultimate exception, can be revived endlessly.) The evergreens don’t necessarily have much in common, nor do they play to the same audiences.

Playwright Ted Swindley had been working with the Texas Shakespeare Festival in 1988 and was a known Stephen Sondheim specialist when he came across Louise Seger, a local woman who had a cache of letters from country singer Patsy Cline, who had died in a plane crash 25 years earlier. Cline’s records were still playing on country radio stations, but her biography was anything but a legend.

The Seger letters contain no revelations or scandals but instead portray an unpretentious, deeply modest workaday singer who spoke candidly to fans. She signed them, “Always … Patsy Cline.” The closing inadvertently signals how enduring Cline’s appeal has remained.

The last time Merry-Go-Round produced Always … Patsy Cline was exactly 10 years ago, September 2007. While the current version has higher production values and a different cast, the audience reaction is identical. Not only is the house packed, but dozens of patrons sing along with many numbers. And despite even more bawdy comedy this time, tears flow copiously down many cheeks, female and male.

Stately Jacqueline Petroccia may have performed Carousel with the New York Philharmonic in PBS’ Live From Lincoln Center, but this is her 10th Patsy Cline and she has also developed a separate one-woman show titled Sometimes Patsy Cline. Previous singers have sought to mimic Patsy, yet Petroccia evokes the precise sound and tempo that fans remember again and again, with all the favorites: “I Fall to Pieces,” “Crazy,” “Blue Moon of Kentucky,” “Walkin’ After Midnight,” “She’s Got You,” even Cole Porter’s “True Love.”

Blond Sally Mayes as Louise does most of the talking, however, and scores a hit with every zinger. Director Douglas S. Hall amps up her outrageousness, vamping and flirting with all she’s got. Her teasing of the costumed, six-player orchestra is so infectious that Petroccia’s Patsy cannot resist joining in.

Costume designer Tiffany Howard has a luscious period gown change for every number, meaning that the Merry-Go-Round’s production of Always … Patsy Cline is more glamorous than was the actual Patsy, often shortchanged in her heyday.

What West Side Story is to the musical and Peter Pan is to children’s theater, Michael Frayn’s Noises Off is to farce. It doesn’t call for a huge budget but absolutely requires an ambitious and disciplined director. And that’s what this Baldwinsville Theatre Guild production gets with Dan Rowlands, the man who once staged Macbeth as The Godfather in tartan.

The action follows the misfortunes of a second-rate British company putting on a clichéd sex comedy called Nothing On, where everything goes wrong. First we see the missed cues and bumping into furniture on the set itself. Next, the set is reversed and we see the action from behind. And then in the madcap third act, all the mishaps from behind spill over into the set.

Guild loyalist Josh Taylor, who also takes a supporting role, designed a set to fit on the stage of the Presbyterian Education Center. Two stories high and made of wood, it’s so solid that the stairs can be climbed with pounding feet and all five doors can be slammed. Yet at intermission, three segments can be unclamped so that the entire façade turns around on casters. The program credits 10 people, more than there are in the cast, for hammering it altogether.

Because Noises Off contains a play-within-a-play, most actors must take on two roles, sometimes with different accents and usually with contrasting arrays of neuroses and ticks. Nearly all are younger than the roles they inhabit. Heather Jensen starts things rolling with the cue-ignoring exposition, explaining that the house is empty this weekend because the owners are away in Spain (make that “Spine”), but she morphs into the much-younger Dotty, a backer of the production, with surprising amorous intentions.

Two couples show up unexpectedly, unhappy to find each other. There are the tax exiles, Phillip (Casey Callaghan) and Flavia (Katie Deferio), who will owe money if found out, and the adulterers Roger (Matthew Gordon) and Vicki (Alyssa Otoski). All are called on for comic shticks, as when Callaghan’s Phillip must hop up the stairs with his trousers around his ankles. Otoski, previously known for arty projects like Eurydice, is sexily hilarious as the not-quite empty-headed blonde Vicki, but Gordon’s self-destructive schizophrenic Roger is hard to top. Justin Polly achieves perfection as the tippling codger Selsdon, who forgets where he is.

New York Times critic Frank Rich, the Butcher of Broadway himself, said Noises Off was the funniest play written in his lifetime. Right on, Frank.

Paul McCartney At The Dome: Yeah, Yeah, Yeah!
Light Work Goes Back To Collage
To Top