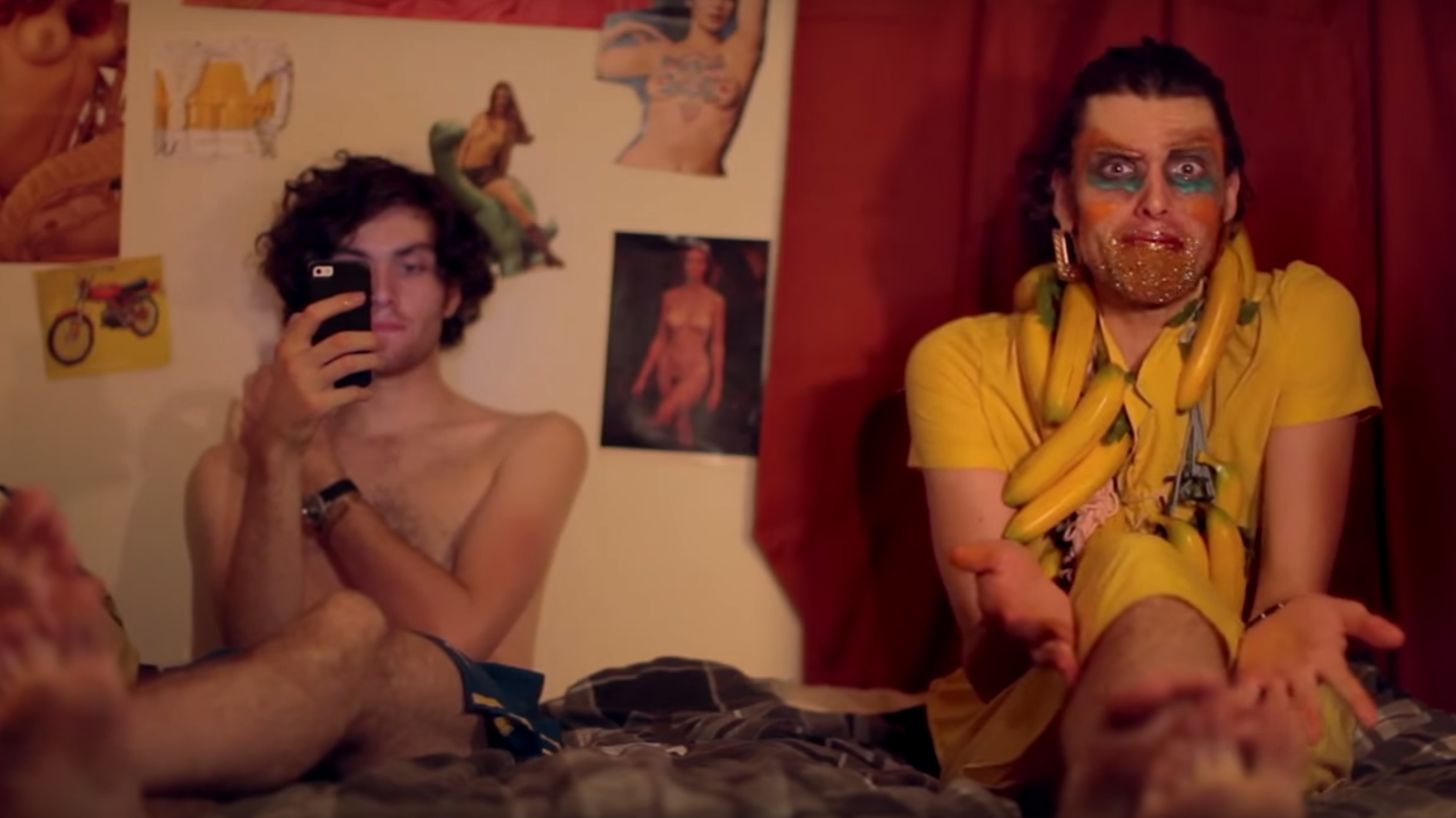 Glitter dusted, queer identified, pop-punk duo PWR BTTM was created in 2013 while Liv Bruce and Ben Hopkins attended Bard College in the Hudson Valley. PWR BTTM’s otherwise DIY drag artistry could be seen as just another eye-catching blip on the “glam” radar if it wasn’t for the duo’s earnest, catchy songwriting. Ugly Cherries (2015), their first full length album, features 11 tracks in which Hopkins and Bruce share vocal and songwriting duties as well as trade off on instruments. The album explores the duo’s experiences with queerness, gender, and adulthood over the course of a year of living in upstate New York.

Listen to the title track from the album Ugly Cherries (2015):

Fresh Music Friday is a weekly series designed to widen your musical horizons, and to give you a taste of artists and musical styles to explore further. While some of the artists featured here may not be “new,” they promise to freshen your catalog of music.