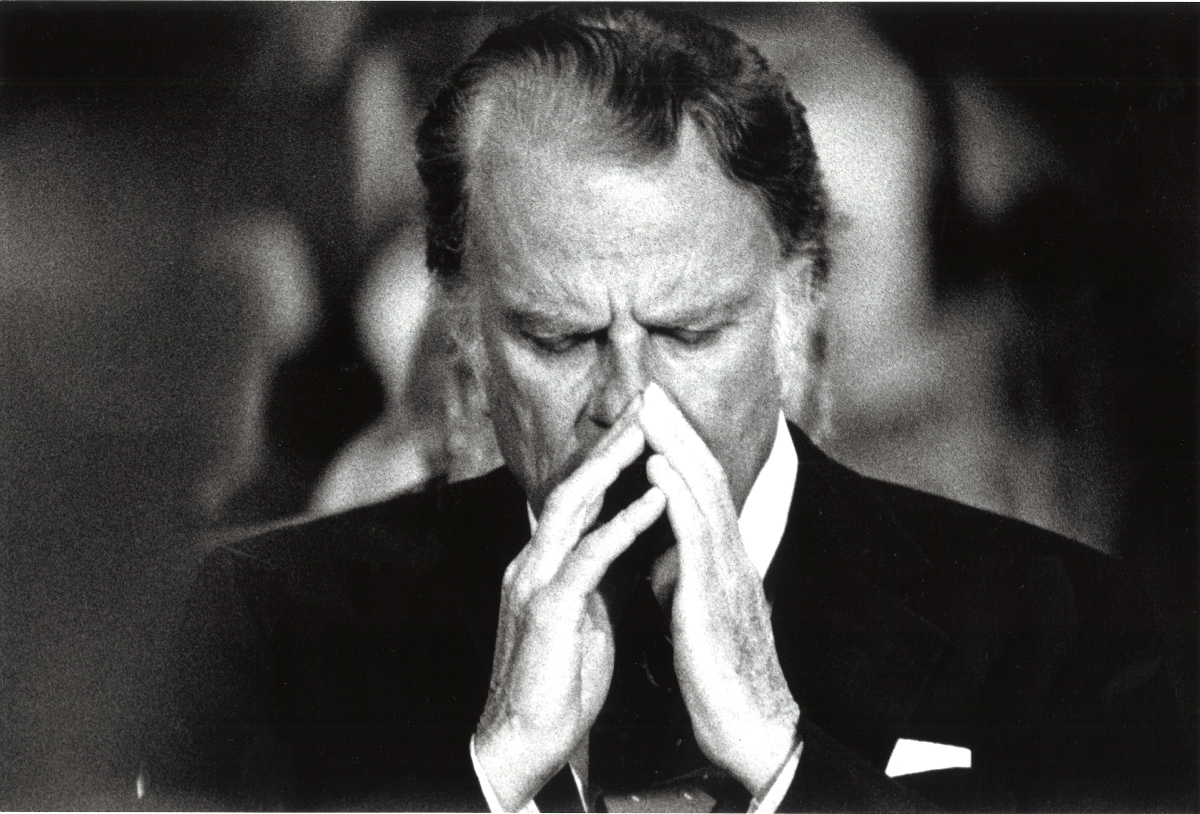 “People remember when Billy Graham was here,” said Bernhardt, a volunteer with The Gathering Place at North Syracuse Baptist Church. “People are looking for hope. They need hope. We’re in a tough area as far as jobs. God offers hope.”

The Syracuse-area event will be the last of seven stops in Graham’s Northeast Tour. “Join Franklin Graham in praying for your community, our country and the lost,” says the Billy Graham Evangelistic Association (BGEA) website. He “will present the Gospel of Jesus Christ at each stop, calling the lost to repentance and faith — and praying together with believers for their families, churches, communities, and those who are far from God.”

“He would have to be viewed as by far the most important, single religious figure of the 20th century here in America,” Randall Balmer, chairman of the religion department at Dartmouth College in Hanover, New Hampshire, and an expert on Graham and evangelicalism, told Religion News Service. Franklin Graham, 65, now president and CEO of BGEA, was with his father in Syracuse in 1989. “I’ve never really wanted to be compared to my father,” the 36-year-old Franklin Graham told a local reporter at the time.

In recent years, though, many have found comparisons irresistible. Billy Graham, a Southern Baptist, met with every president from Truman to Trump, but was not overtly political. Franklin Graham has aligned himself with President Trump, supporting his 2015 call for “a total ban” on Muslim immigration to the United States and suggesting that God helped Trump defeat Hillary Clinton in 2016.

Last month Graham criticized Democratic presidential candidate Pete Buttigieg, tweeting, “As a Christian, I believe the Bible, which defines homosexuality as sin, something to be repentant of, not something to be flaunted, praised or politicized.” On May 15, he tweeted criticism of the PBS cartoon series Arthur for “promoting the LGBTQ agenda” with an episode that shows the cartoon character’s thirdgrade teacher marrying another male.

News accounts have described Decision America events as more political rally than religious revival. Some protesters have greeted Graham in Portland, Maine; Burlington, Vermont; and Manchester, New Hampshire. An interfaith celebration was planned to counter Graham’s message the day after his Bridgeport, Connecticut, event, Tuesday, May 28.

About 4,300 people attended the Portland event, 3,400 attended Vermont’s and 4,200 attended Manchester’s, according to BGEA. The Lakeview Amphitheater accommodates up to 17,500 people; Bernhardt said organizers hope 10,000 people will show up.

Bernhardt conceded the younger Graham can be a lightning rod, but said he’s looking forward to hearing him speak, in part because he holds positive memories of the 1989 Billy Graham crusade. “It was huge,” he said. “People respected him. That’s true with Franklin Graham whether they agree with his politics or not.”