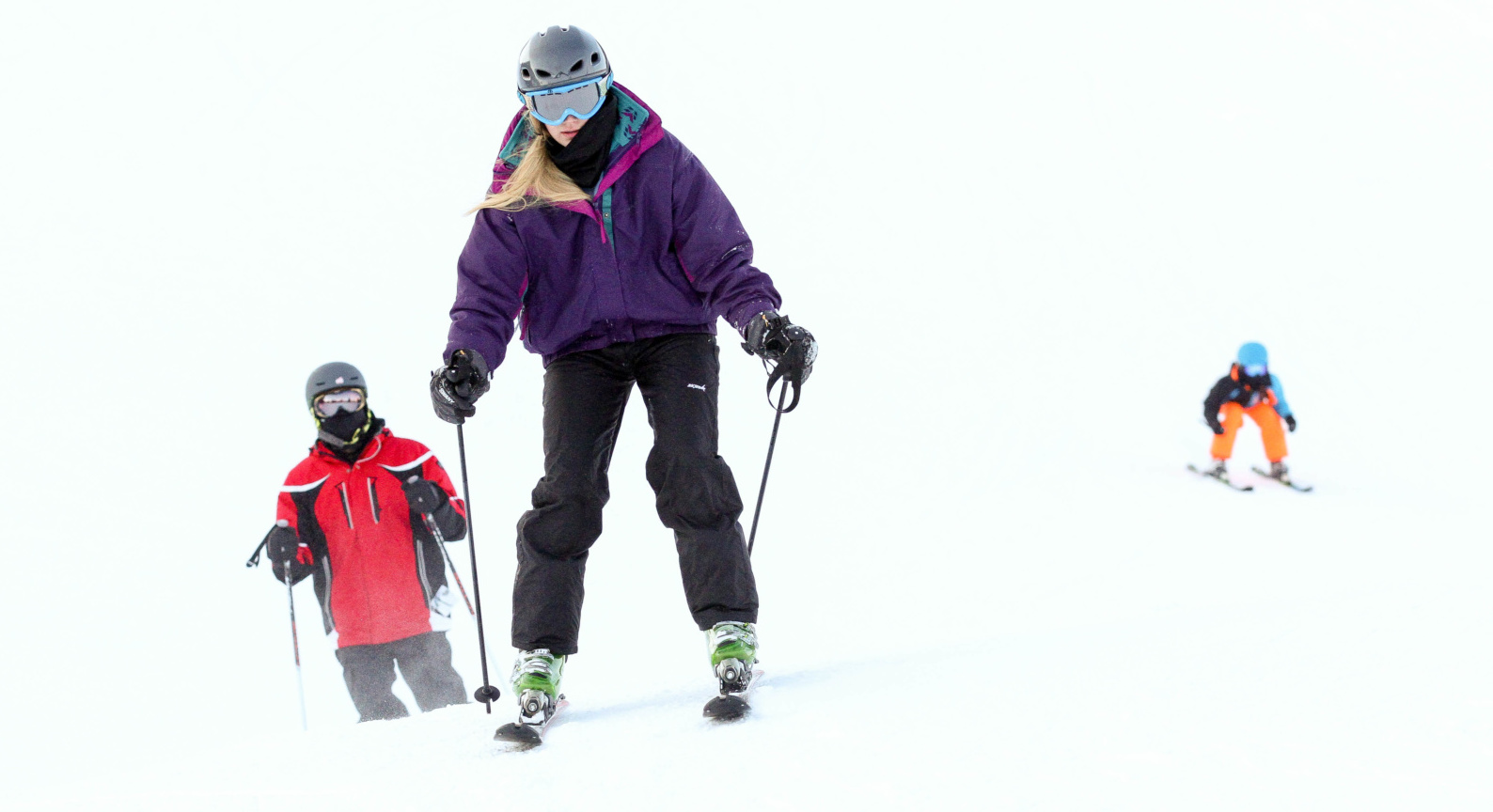 To make a small fortune in the ski business, the old saw goes, start with a big one. At the mercy of the economy and especially the vagaries of an uncooperative climate, ski centers everywhere face ever-rising challenges to produce conditions that will attract ticket buyers.

The 2016-2017 season saw big snowfalls at the beginning and the end of the season and little in the middle. In contrast, Four Seasons, Toggenburg, Song Mountain, Labrador and Greek Peak have had enough favorable weather so far this year to make enough snow to open in time for the Christmas-New Year’s holidays, a time slot accounting for about 30 percent of their annual budgets.

That comes with its own price, however: Snowmaking guns cost $25,000 to $35,000 to purchase and, depending on the number, hundreds of dollars an hour to operate. And as the season progresses, their usefulness declines due to the waning numbers of daily ticket buyers. Nonetheless, the 2017-2018 season is off to a good start and, for the time being anyway, there is hope, as well as snow, in the air.

Season passes at Toggenburg start at $500, with the option of a Greek Peak upgrade, a pass good at either facility, at an additional $399. Season passes at Greek Peak are $775, with a $90 Toggenburg upgrade. Both areas also offer discounts for students, military personnel, and seniors, and other pass options. Complete information on these deals is available at skitog.com or greekpeak.net.

Also conjoined for the past three years, Song Mountain, off Route 81, Exit 14, in Tully, and Labrador Mountain, Route 91 in Truxton, will again offer an “Intermountain Passport,” a season pass (or daily lift ticket) good at either site. Song is also in the process of installing a chairlift for its black diamond slopes, purchased in Minnesota and trucked to Tully.

Smaller yet but much closer is Four Seasons on Route 5 in Fayetteville, which, according to owner John Goodfellow, is “a great place to learn to ski and have some fun.” Four Seasons offers a vertical drop of 100 feet, enhanced snowmaking capabilities, a chairlift and a conveyor (a.k.a. “magic carpet”), rails for snowboard tricksters, snow tubing and six trails.

With a snowmaking-produced base of 4 to 5 feet, Four Seasons is open now. Season passes start at $165 and day passes are available for as little as $18. Visit fourseasonsgolfandski.com.

Nordic skiers, or cross country skiers, are much more at the mercy of Mother Nature since there are no snow guns in the outback. Local opportunities abound, however, when conditions permit.

Onondaga County Parks, including Beaver Lake Nature Center in Baldwinsville, Oneida Shores on Oneida Lake, and Highland Forest in Fabius, offer good choices. Highland Forest, especially, is a premium winter destination, featuring 40 miles of trails, 20 of them groomed, as well as three loops for skating skiers. Admission and/or trail fees apply at most of these areas (onondagacountyparks.com).

Another cross country option is Green Lakes State Park, off Route 5, Fayetteville (nysparks.com). Greek Peak operates its own Nordic center with 15 miles of trails for skiers, snowshoers and fat bikes, some of them groomed. Trail fees range from $5 on weekdays to $16.50 weekends (greekpeak.net).

The Osceola Tug Hill Ski Center in Camden has 40K of groomed trails reserved exclusively for skiers with 300 inches of snow each year. Trail fees start at $15 (xcski.com; (315) 599-7377). And Breia, a privately owned ski and snowshoe area near Boonville, has 50K of backwoods trails, free and open to the public (breia.com).