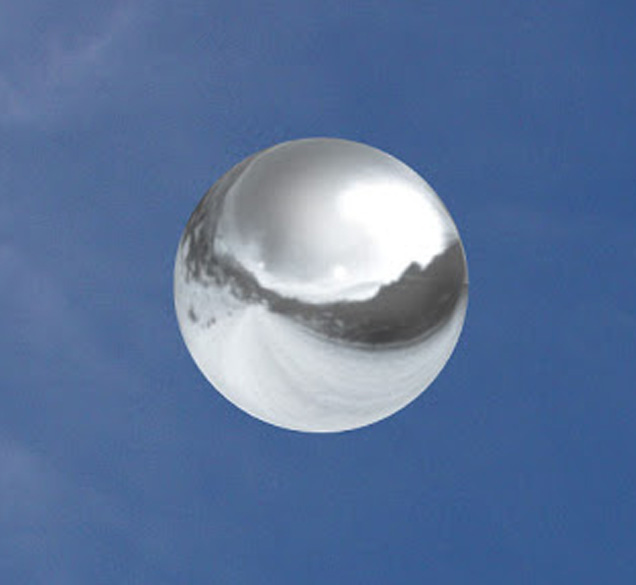 Since this series of articles began, people have asked me how I came to be introduced to the subject of UFOs. The truth is my mother introduced me to the topic.

It all began in 1964; I was 12 years old. It was an sunny August afternoon just outside of Savona. We were driving down a hill when my mom had my father pull off the country road. The she pointed out through the front windshield at a bright silvery spherical object that appeared stationary in the distant western sky. I asked her what it was. She used the term “UFO,” or “Unidentified Flying Object.”

My father was fascinated and quietly watched it. My mom explained that it could be a lot of things: some weather quirk, a weather balloon, perhaps it was something new the Air Force was testing or it could be people from outer space. That statement got a “wow” out of me. I watched the object for many minutes until it suddenly vanished.

Over the next few years, every time there was a UFO sighting reported in our town newspaper, she always made a point to read it to me. We began getting books from the library. It was a topic of discussion that drew the two of us closer. A few years later, a noted news commentator and expert on UFOs, Frank Edwards, came to town to give a speech.  My mom encouraged me to go. I went to this event half expecting perhaps a hundred people to be there. The reality was the entire Corning Glass Center auditorium was packed with nearly 2,000 people. My first thought was: “I’m not alone in my curiosity.” My interest only continued to grow, but I naively thought flying saucers and UFOs were relatively recent modern phenomena.

Then in 1968, a book was released: Chariots of the Gods, by Erich von Daniken. This book introduced my mom and me to the ancient-astronauts theory and presented evidence that strongly supported the theory. I was captivated with the photos of tribal figurines that looked similar to our Apollo astronauts. I read the book cover to cover and read it again. I came away from von Daniken’s book persuaded that extraterrestrials have probably been with our culture for many millennia.

Chariots of the Gods was popular among my family members and began to be the topic of very deep dinner discussions with visiting aunts, uncles and cousins. It was during these dinners I would hear my relatives privately share their own strange and wondrous sightings. That’s when I realized how much more common these sightings were.

My mom taught me to be scientifically curious, questioning and she challenged me to think deeply on complex matters including the topic of UFOs. Thanks Mom!

– 3 Sept. In Chittenango, a family witnessed two small UFOs about 25 yards away. They report that each of the objects appeared to be about 15 inches in diameter. They had colorful circles of lights flashing in various hues as the two objects danced around very fast in a “… playful manner.”
– 5 Sept. In Boston Valley, at 10:30 p.m., a very fast flying oval object was seen low on the horizon, flying west to east at a high rate of speed. The object made no sound, and its brightness remain constant.
– 9 Sept. In Fairport, in the evening, a bright oval object was reported to be flying over the countryside in a diagonal pattern. The witness also reports that the object changed colors as it hovered and later darted around.
– 9 Sept. Along the western New York State Thruway, at 1 a.m., a motorist returning from a Bills football game saw a huge red light coming at him. The object turned out to be a huge black triangle flying at near tree-top height and cruising leisurely, a bit faster than Thruway traffic.

If you have a New York UFO sighting story to tell or have a question, email me at: NYSkies@DragonLadyMedia.com