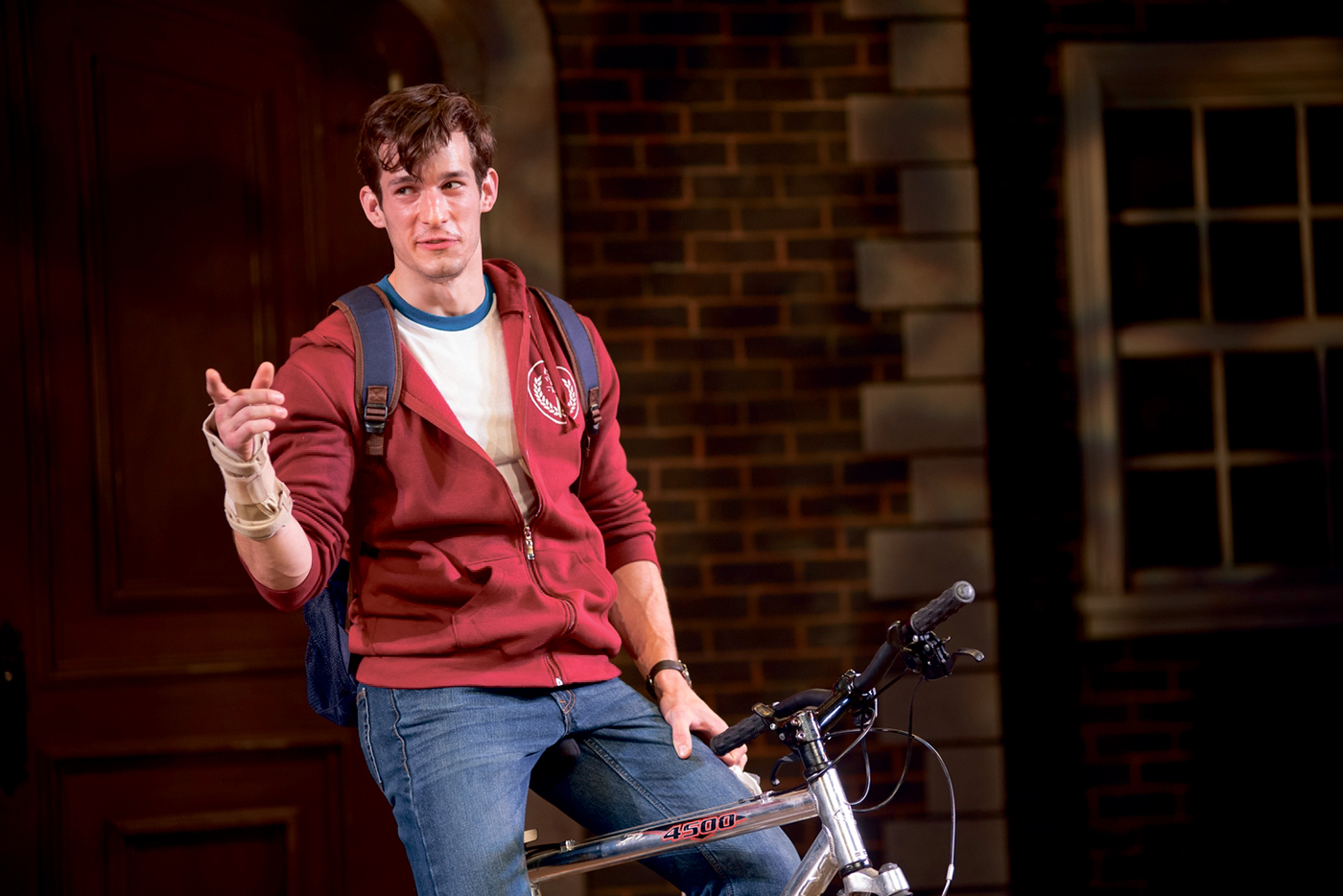 The late Wendy Wasserstein (1950-2006) was not only a deeply autobiographical playwright, but she usually appointed one of the characters to be her spokesperson, or mouthpiece. George Bernard Shaw did this all the time.

Want to know what she thought of George W. Bush’s invasion of Iraq on bogus evidence? Check out Third, running through Saturday, July 30, at Ithaca’s Hangar Theatre. What makes Wasserstein’s last work so unusual is that her mouthpiece is not always right, and her dramatic arc rises with her comeuppance.

Quite apart from Third’s barbed humor, the play is affecting in unexpected ways. Candidly, it was not fabulously well received in 2005, and is not often revived. But Michael Barakiva, acting artistic director at Ithaca’s Hangar Theatre, worked with Wasserstein at the time of her writing Third. He knows the plays secrets and rabbit holes that previous productions have ignored.

Wasserstein was gravely ill with lymphoma then, about which she was discreet. Looking at it today, we can see that the play’s dialogue is filled with metaphors of mortality. And Third, for all its jokes, is a cry from the heart.

The scene is an unnamed liberal arts college in New England, where arguing about the great works of English literature is the dominant activity. Fiftyish professor Laurie Jameson (Dee Pelletier) is highly opinionated and demanding but overwhelmingly popular, not unlike Barbra Streisand in the 1996 movie The Mirror Has Two Faces. Surprising in a woman of such high academic and social status, she tends to flaunt her CV in conversation: “Then I was at Harvard, then I was on Oxford, and on a Fulbright.” Status is all. She asks how an absent woman could be dismissed, especially when she’s a Guggenheim-winning poet.

Her antagonist is a fresh-faced WASP boy named Woodson Bull III (David Patterson). Jameson wants to call him “Woody” and asks if he was named for Woody Guthrie. He prefers to be called “Third,” a reminder that his father and grandfather attended the same college, before (ahem), “it went co-ed.” Third likes to mix reading, putting Reggie Jackson’s memoir next to Frantz Fanon’s anti-colonial treatise, The Wretched of the Earth. Third is also a wrestler and a Republican.

When Third submits a paper on King Lear, exhibiting penetrating insights and profound knowledge of contemporary theory, Jameson immediately assumes he could not have written it and charges him with plagiarism. The dispute goes before a committee where, to her shock, Jameson loses.

Voting for Third’s integrity is one of Jameson’s best friends, Nancy Gordon (Catherine Weidner), who is older, has been undergoing chemotherapy and wears a turban. A secularist but alone, she has been finding comfort by dating a rabbi. Nancy’s vote, rather implausibly, does not sunder their friendship. And, somehow, Nancy never makes a case for Third.

That falls to Jameson’s daughter Emilie (Eunice Akinola), an African-American, who is an undergraduate elsewhere, seemingly fulfilling her mother’s ideals and philosophy. Unexpectedly, she meets Third at a local tavern, where he is bartending to pick up extra cash. As Third cannot comprehend that Emilie could be Jameson’s daughter, he unloads on the professor in harsh terms. But he also spells out his side of the case, which we have not heard until now. The daughter realizes as we do, and Laurie must eventually, that Third has been misrepresented by gender, race and class stereotypes every bit as much as marginalized and suppressed groups have.

Meanwhile, Laurie must contend with her aged father Jack (Malcolm Ingram), supposedly suffering from dementia, who nonetheless speaks the kind of grounded wisdom that comes from the Fool in King Lear. A stranger in the groves of academe, Jack was a toy retailer who struggled to put his daughter through the best colleges.

Cocky as Laurie Jameson is in the first act, she takes on an autumnal tone in the second. In addition to Nancy’s and Jack’s problems, Jameson says she is suffering the hot flashes of menopause, an unmistakable metaphor that opening night audiences 12 years ago could not guess. Director Barakiva also has actress Pelletier soften Laurie’s voice as we wind toward the end.

Despite Third’s structural flaws, this is a winning production, obviously a labor of love. Pelletier’s Jameson takes a long journey from strident self-assurance to humility and acceptance. As the conservative we come to regard, David Patterson might someday look into playing William F. Buckley Jr. And Third is probably the last local appearance for British actor and longtime Syracuse University Drama Department professor Malcolm Ingram. Just before he leaves town, he steals every scene he’s in.