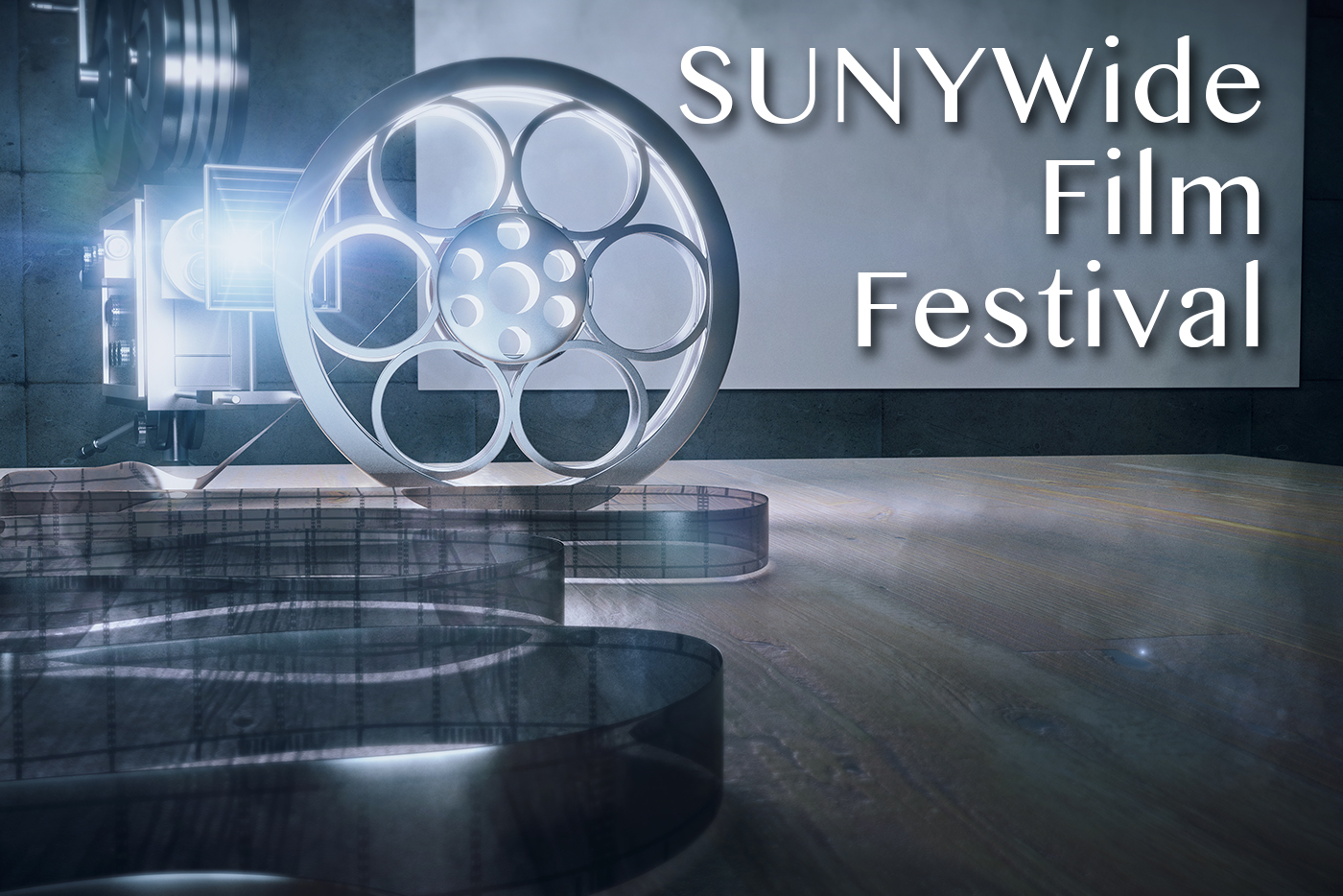 As the lights dimmed and the first film of the night appeared on the projection screen, Central New York’s response to Sundance and Tribeca was in action: the seventh annual SUNYWide Film Festival, which took place April 8 and 9 at SUNY Oswego. This year’s fest was organized by a SUNY Oswego film class that worked from January to April to produce the two-day spectacle for an appreciative audience.

The SUNYWide Film Festival was created in 2009 by Phil Hastings, an associate professor of film at SUNY Fredonia, as a way to showcase SUNY student films. It’s now one of the leading student film festivals in the Northeast, and it’s certainly growing. This year there were 190 short film submissions from 23 campuses, of which 35 were accepted for screening. Organizers expect the 2017 fest to be even bigger when it returns to Oswego for a third consecutive year.

If 35 film shorts in two nights seems like a lot, that number should serve to highlight the general enthusiasm of the attending fans or “filmies,” a name created by Amy Shore, festival organizer and cinema professor at SUNY Oswego. Everyone in the audience had a clear stake in film, whether it was an infatuation with cinema or a role in one of the student films.

Joshua Adams, director of this year’s fest and also a cinema professor at SUNY Oswego, speaks with energy about the work his students accomplished. “The festival engages the community,” he said. “It’s a celebration.”

One of the most enlightening aspects of the festival, however, was the chance to be around the filmmakers themselves, as the actors, directors and screenwriters sat back and enjoyed the product of their pains. The budding auteurs explained their process or discussed the difficulties in filming their shorts. One group of students from SUNY Buffalo shot their entire film in Jordan (the country, not the village on Route 5), capturing life within a Syrian refugee camp. Another group, from SUNY New Paltz, shot their entire film in French.

Nobody understands the struggles of filmmaking better than Christine Vachon, a keynote speaker at the festival. Vachon is an American producer with more than 20 films under her belt including Poison, which won the 1991 Grand Jury Prize at the Sundance Festival, and her recent film Carol, director Todd Haynes’ drama which was nominated for six Academy Awards.

Not surprisingly, the theme of community surfaced again in Vachon’s address. “You’re building a community,” she said, “especially now that the film festival is being so well received.”

Vachon had a point. Everyone at the festival — from student filmmakers, to supportive friends and family members, to avid movie buffs — were there to appreciate film, as the SUNYWide Film Festival is quickly becoming a favored home for “filmies” throughout the statewide college system. Visit sunywidefilmfestival.com for information.