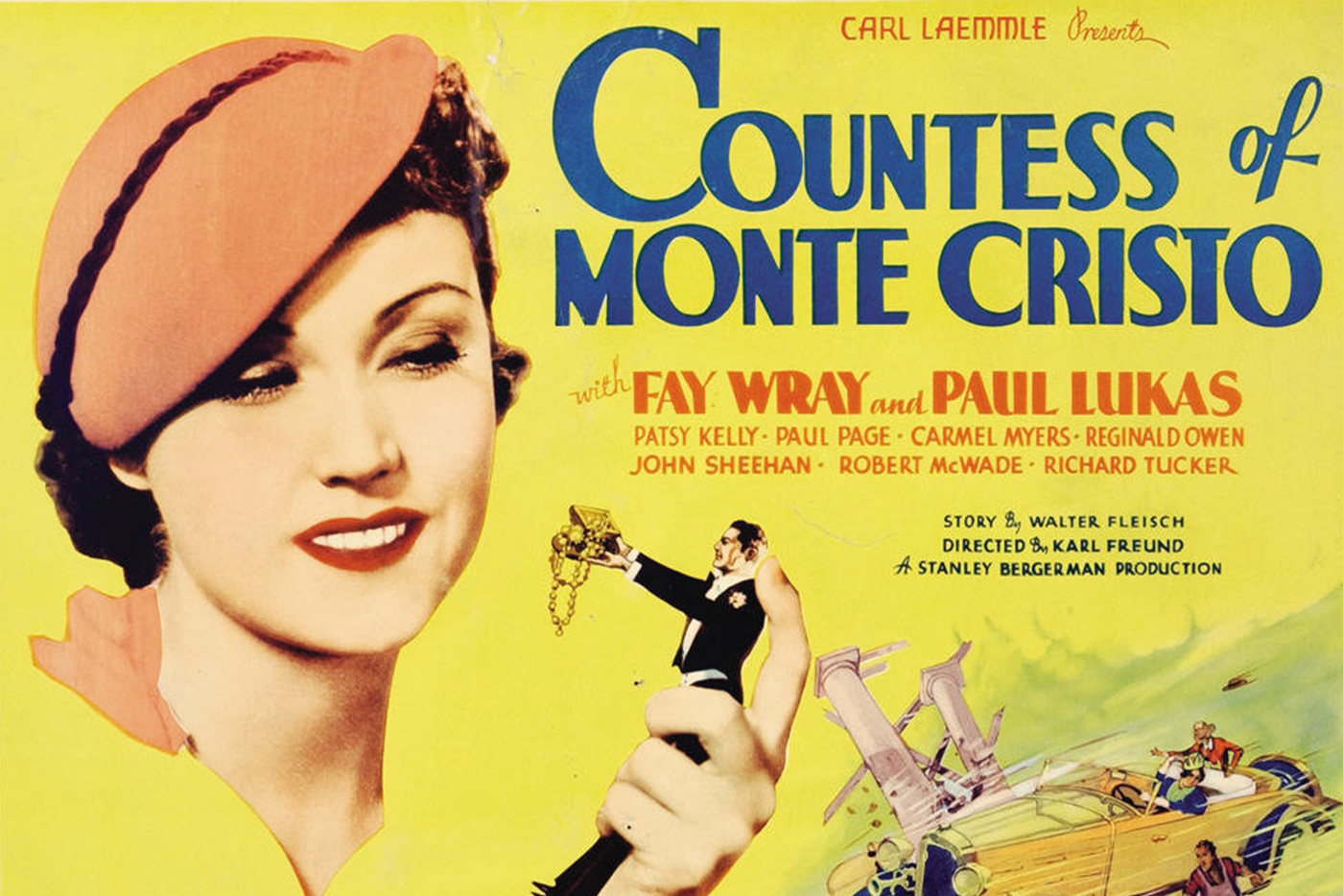 There won’t be any sightings of the big monkey at Rome’s Capitol Theatre, 220 W. Dominick St., which will host 15 features and 14 short subjects, many presented in archival 35mm prints. Yet Wray will be feted with a half-dozen outings from her early career, with her daughter Victoria Riskin on hand to introduce mom’s movies along with some personal memories.

Capitol executive director Art Pierce says this year’s festival attendees hail from 28 states plus various Canadian provinces, as movie maniacs continue to spread favorable word of mouth. And why not? The 1,700-seat bijou, which opened Dec. 10, 1928, features 1950s-era carbon-arc, variable-speed film projectors that will lovingly handle the weekend’s 35mm diversions, along with a three-manual, 10-rank Moller pipe organ to provide the silents with musical accompaniment.

The theater will also be screening some oldies with a new 4K digital projector recently installed in the projection booth. It’s a bow to the reality that the Capitol ultimately faced, as more film archives are now issuing their restorations in the digital format.

Back for an encore will be a dealers’ room, located at an adjacent storefront, that will feature collectible items, stills, videos and other bric-a-brac. The rooms open at 9 a.m. each day.

Capitolfest 15’s three-day, seven-program festival begins with roughly nine hours of flicks on Friday, Aug. 11. The first session, 11:30 a.m. to 5 p.m., kicks off with a digital presentation of the 1925 silent The Coast Patrol, with 17-year-old Fay Wray making her feature debut. Next comes Wray paired with Richard Arlen for the 35mm showing of the 1930 Paramount drama The Sea God (1 p.m.).

Back by popular demand is the 1935 short subject Hit and Run (3:15 p.m.), featuring 20 minutes of bizarre comic relief from RKO contract player Leon Errol. The short knocked ’em dead at last year’s Capitolfest. Wrapping the afternoon is the 1930 Fox musical comedy Cheer Up and Smile (3:40 p.m.) with Dixie Lee, Arthur Lake and a teensy role for a young John Wayne. The silents will be accompanied by organist Dr. Philip C. Carli.

Friday’s evening program, 6:50 to 10:30 p.m., begins with Charley Bowers in the 1928 haunted house silent-comedy short There It Is, presented in digital. Colleen Moore takes the title role in Little Orphant Annie (7:20 p.m.), a 1918 fantasy that will be screened in 35mm in its recent restoration. The 1930 Universal comedy short Rolling Along (8:35 p.m.) features George Sidney in a digital version. Bernie Anderson handles the keyboard honors for the silents.

The evening ends with Capitolfest’s traditional screening of a film that is available on movie channels and home video, although 35mm archival showings are extremely rare around this neck of the woods. The Four Feathers (8:55 p.m.) is a lavish 1929 Paramount adventure saga headlining Fay Wray, Richard Arlen, William Powell and Clive Brook. The silent show will be presented with its original Movietone soundtrack.

Starting the morning lineup on Saturday, Aug. 12, 9:30 a.m. to 12:40 p.m., will be three digital screenings. First is the 1933 Universal comedy short Hunting Trouble with Louise Fazenda, Walter Catlett and the comedy team of Shaw and Lee. Next is Fay Wray as The Countess of Monte Cristo (9:55 a.m.), a 1934 Universal drama directed by Karl Freund. Wray follows with The Wild Horse Stampede (11:50 a.m.), a 1926 silent horse opera from Universal. Wray’s daughter suspects that her mother may have broken her nose during one stunt that went awry during production of this western.

A pair of 1929 35mm shorts from Warner Brothers’ Vitaphone series concludes the session: Some Pumpkins (12:40 p.m.) with the rube comedy team of Summers and Hunt, and The Celebrated Character Comedienne (12:50 p.m.) with Yiddish comedy star Molly Picon.

The evening’s program, 7:40 to 11 p.m., offers a digital restoration of the 1927 Laurel and Hardy two-reeler The Battle of the Century, a comedy classic considered lost for decades until some crucial footage was rediscovered. Alice White stars in the 1928 First National silent comedy Naughty Baby (8 p.m.), but most eyes will likely be with the hubba-hubba charms of co-star Thelma Todd. Vaudeville star Zelda Santley fronts the 1929 Vitaphone short Little Miss Everybody (9:35 p.m.). The evening climaxes with Fay Wray and Victor Jory in the 1935 Columbia newspaper drama White Lies (9:45 p.m.). Avery Tunningley will provide the organ music throughout Saturday’s silent showings.

The morning segment on Sunday, Aug. 13, 9:30 a.m. to 12:50 p.m., commences with the 1929 Vitaphone short The Big Paraders, a vaudeville troupe of singing and dancing tumblers. Paramount’s 1929 musical comedy Innocents of Paris (9:40 a.m.) offers the screen debut of French charmer Maurice Chevalier, seen here as he warbles his signature song “Louise.” Rounding out the session is the 1921 silent Hail the Woman (11:35 a.m.), a pioneering feminist drama with Florence Vidor squaring off against her hypocrite father.

The final Sunday program, running 2:10 to 6 p.m., kicks off with a 1931 entry in the Voice of Hollywood series, then follows with Fay Wray and Leon Waycoff Ames in the 1932 Universal programmer Stowaway (2:20 p.m.). At 3:45 p.m. eminent film historian Jack Theakston will not be on stage to host his annual esoteric grab bag of clips, trailers and more, since he is in a Brooklyn movie house running the 70mm projectors for the war flick Dunkirk, but his program will still be presented. And Capitolfest winds down with Vera Reynolds and Julia Faye in the 1926 silent World War I drama Corporal Kate (4:30 p.m.). Dr. Philip C. Carli returns to the keyboards for Sunday‘s programs.

Capitolfest 15’s three-day weekend pass is $66, while a Friday-Saturday or Saturday-Sunday pass is $55. Single-day passes run $34, while separate sessions are $19. The mint-condition prints hail from the Library of Congress, the UCLA Film and Television Archive, the Museum of Modern Art and the vaults of Universal Pictures, Sony Pictures and 20th Century Fox. For information, call (315) 337-6453 or visit romecapitol.com.