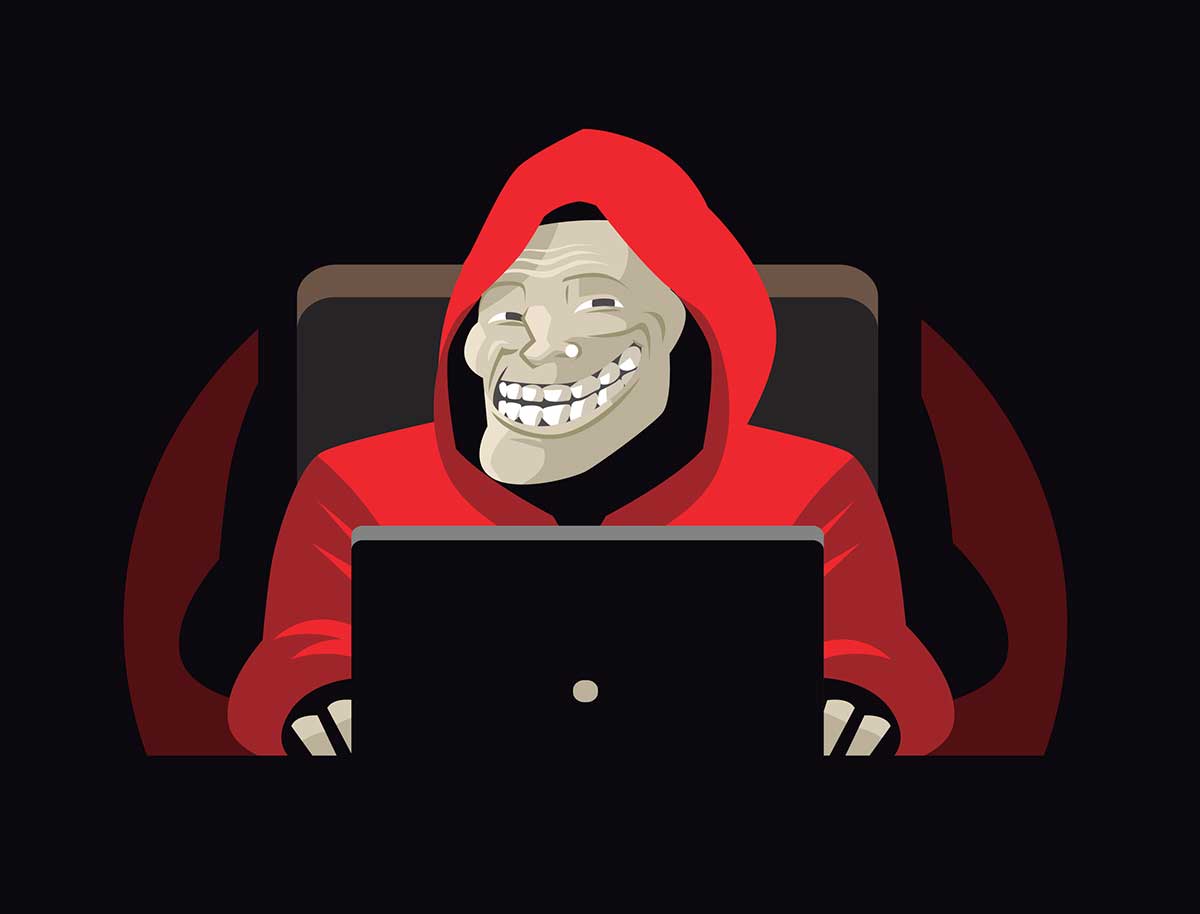 The rise of quick, fiery posts to get attention on the Internet are becoming a more effective method of spreading lies and misinformation.

“THIS IS HUGE!!! Why isn’t the mainstream media covering this? These two officers in Georgia have killed over 250 people in the line of duty!”

That’s what the Facebook meme post said. It was a dire warning of the brutal acts committed by two police officers, and even provided a photo of them so you could see what they look like.

The only problem is that the two men in the photo are both well-known actors. And while they are dressed in law enforcement uniforms, any fan of the zombie-themed television show The Walking Dead would recognize them as two of its main characters, who are portrayed as police officers in Georgia. 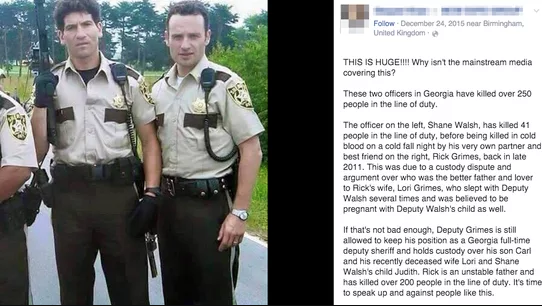 Actors Jon Bernthal and Andrew Lincoln in uniform to film “The Walking Dead,” a show about surviving a zombie apocalypse. The image was shared on social media as if they were real officers who had killed over 250 people, with many believing the accusations to be true. (Snopes.com)

While the post was most likely meant as a joke, people unfamiliar with the show took the post seriously. It was shared tens of thousands of times and included comments like “Demented and evil America. Where murderers in the police and other forces are decorated and celebrated by US government and politicians.”

Despite its apparent dig for humor, the post represents a much larger problem that involves much darker actors and much more sinister intentions.

The subject of fake news has been a staple in the public discourse over the last few years, and has only amplified throughout the presidency of Donald Trump. While he has perverted the definition to mean stories by the traditional mainstream media that he doesn’t like, the main theater of fake news takes place on the internet, and in particular, social media.

While Facebook and Twitter have responded to public backlash by taking some steps to crack down on fake news articles that are being shared online, they are still only in the twilight phase of addressing what may be the bigger threat: Politically-themed memes that display doctored images and information that is outright false or misleading in an attempt to inflame political bases.

Fake news articles are only effective if they are clicked on. Memes are designed to go viral. They come with an emotional attachment — be it laughter or anger — and are compacted with quick and fiery information that better matches a human’s short attention span online than an article does.

One of the more popular memes that circulated throughout Facebook over the summer was a viral post claiming that ABC News “joins Obama and bans American flag lapel pins.” The post alleged that the network had issued orders forbidding its reporters to wear “lapel pin American flags or other patriotic insignia.”

The post was obviously meant to stimulate anger amid the ongoing controversial issue over football players refusing to stand for the National Anthem as a form of protest.

According to the fact-checking website Snopes, ABC does have a policy against any pins, but it is not new. It was put in place over 20 years ago.

In addition, Barack Obama never made an effort of any sort to ban lapel pins or American flags.

While posts like that can be quite loaded, there are worse ones out there with a much simpler message.

One meme featured a picture of the entire Obama family while they were visiting Cuba that was clearly photoshopped to make it look like all of them were wearing shirts that had Fidel Castro on them.

“Here’s Obama and his family wearing the shirts of a thug and murderer in a Communist country,” the meme says. “Where was the media and Democrats outrage then? They actually praised this!!!”

It’s extremely frightening how many people can be fooled by simple image editing that any computer-savy person can conduct. Indeed, sometimes they don’t need to do any editing at all. In 2016, a Facebook user posted a picture of an extremely large crowd in a field, alleging it to be anti-pipeline protesters in North Dakota, and calling out the media for ignoring the protest.

But the picture was actually the iconic photo of the 1969 Woodstock music festival in New York. Still, the post was shared nearly half a million times.

Fake memes aren’t just capable of stirring up emotion over certain issues. They could also be effective in actually influencing how someone votes in elections by hijacking candidates or ballot initiatives and distorting their facts.

In the weeks before New Yorkers went to the polls last year to determine whether or not the state should hold a constitutional convention — a proposition placed on the ballot every 20 years — a Facebook post went viral that was filled with untrue information about the measure.

The post, purported to be a “NEW YORK STATE ELECTION ALERT,” said that if you didn’t actively vote “no” on the constitutional convention referendum, then “your vote is automatically read as YES.”

Everyone should be aware that if you abstain from voting, your vote doesn’t count for either option, but the post was shared all over the state nonetheless.

The problem of mass sharing fake memes is also no longer restrained to just the general public, but has grown to include actual high-ranking political officials as well.

During the partisan battle over the confirmation of Brett Kavanaugh to the U.S. Supreme Court, Lanny Lancaster, a North Carolina county Republican chairman, shared a photo on his Facebook page of who he claimed was a young Christine Blasey Ford, the woman who accused Kavanaugh of sexual assault in the 1980s.

The photo portrays a young blond woman with a flowy ’80’s haircut, glasses and braces. Lancaster wrote “this is the alleged sexual assault victim. Wow.”

Aside from the language implying that Ford was too ugly to be sexually assaulted, the photo Lancaster shared was actually not of Ford, but is a well-known backdrop photo for internet memes, and had been so for several years.

Even when confronted by the Charlotte News & Observer, Lancaster said he didn’t consider the post as inappropriate and blamed the media.

“I didn’t say anything. I just said this is her picture,” he said. “I just wanted you to see the real person. I wanted people to see that this is really her.”

Except it was not her picture, and Lancaster knew that when he said this to the newspaper.

The fake photo was also shared by a member of the local school board there, who at least apologized afterward.

The seriousness of this situation cannot be overstated. A public official defended sharing false information. How long before others in power decide it’s now acceptable to take advantage of our ignorance for their political advantage?

And while memes are the threat, they may be just the beginning. Technology already exists where actual video footage can be manipulated and what someone says on video can be edited to alter what they are saying with the sleekest of credibility. Something on tape — which used to be the strongest form of undeniable evidence — could very well be the next front in the war on information.

Being that it is election season, there’s no doubt that fake memes are populating online across the country. It is absolutely imperative that we be vigilant with what we see online, and that social media companies continue the fight on spreading fake news, because as of right now, it doesn’t appear to be a fight that we are winning.

The mystery of Changing UFOs: The prize is hiding in the details
Season of the Witch: Debunking the stereotypes of witchcraft
To Top