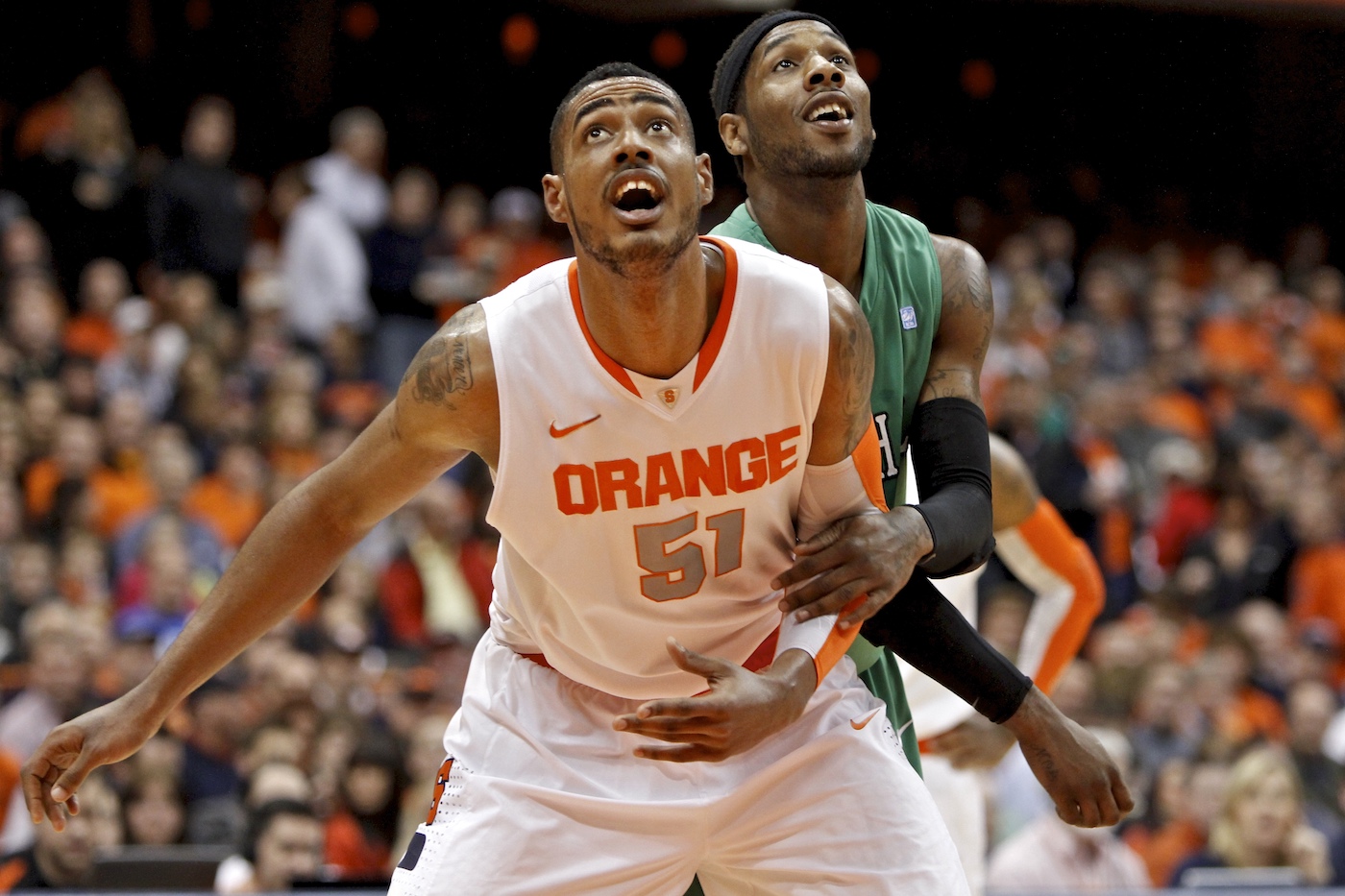 Former Syracuse University center Fab Melo, a big kid who friends say had an even bigger heart, died Feb. 11 at his home in Brazil. He was 26.

The Brazilian news organization Globo Esporte reported that Melo was found in his bed by his mother. The 7-foot Melo played for the Orange during the 2010-2011 and 2011-2012 seasons and was named the Big East Conference’s Defensive Player of the Year in 2012.

Melo entered the NBA draft in 2012 and was selected 22nd overall by the Boston Celtics. He appeared in six games for the Celtics during the 2012-2013, but spent most of his time in the NBA’s Development League before returning to Brazil in 2014.

The crowd of 25,303 that attended the Feb. 13 76-72 overtime loss to Louisville observed a moment of silence for Melo before the game.

“I’m very sorry to hear about the passing of Fab Melo,” Syracuse coach Jim Boeheim said in a statement released by SU. “He was a kind, genuine person who was committed to doing his best while he was at Syracuse. Our staff and his teammates were fortunate to have had the opportunity to know Fab. Our thoughts and prayers are with his family.”

On Twitter, Celtics general manager and president Danny Ainge said Melo “was a good kid with a big heart,” and former Orange player Kris Joseph said, “Great individual. Glad I got to know him for as long as I did.”

Melo was suspended twice that season for academic issues, the second time just before the NCAA Tournament. His absence that March will forever be one of those “what if” moments for a Syracuse team that appeared poised to win the national championship.

Melo’s academic eligibility that season was part of the NCAA investigation that led to Syracuse’s self-imposed postseason ban for 2014-2015 and a slew of NCAA penalties, including the removal in the record books of 101 of Syracuse’s wins from 2004-2007 and 2010-2012.

Syracuse’s internal investigation discovered that Melo received “unauthorized assistance” from school officials with a paper that kept him academically eligible. In explaining the harsh penalties imposed on Syracuse, the NCAA report said, “In order to keep one of their best players eligible, the institution simply did not take ‘no’ from the NCAA for an answer.”

On Feb. 11, Boeheim told ESPN, “He was a really good kid, and it’s not fair that he will be defined by one thing, a 10-page paper. He worked his tail off to become a really good player and he was a nice kid.”

Sammys Gets Its Moe.-Joe Working
Flipper Fever
To Top