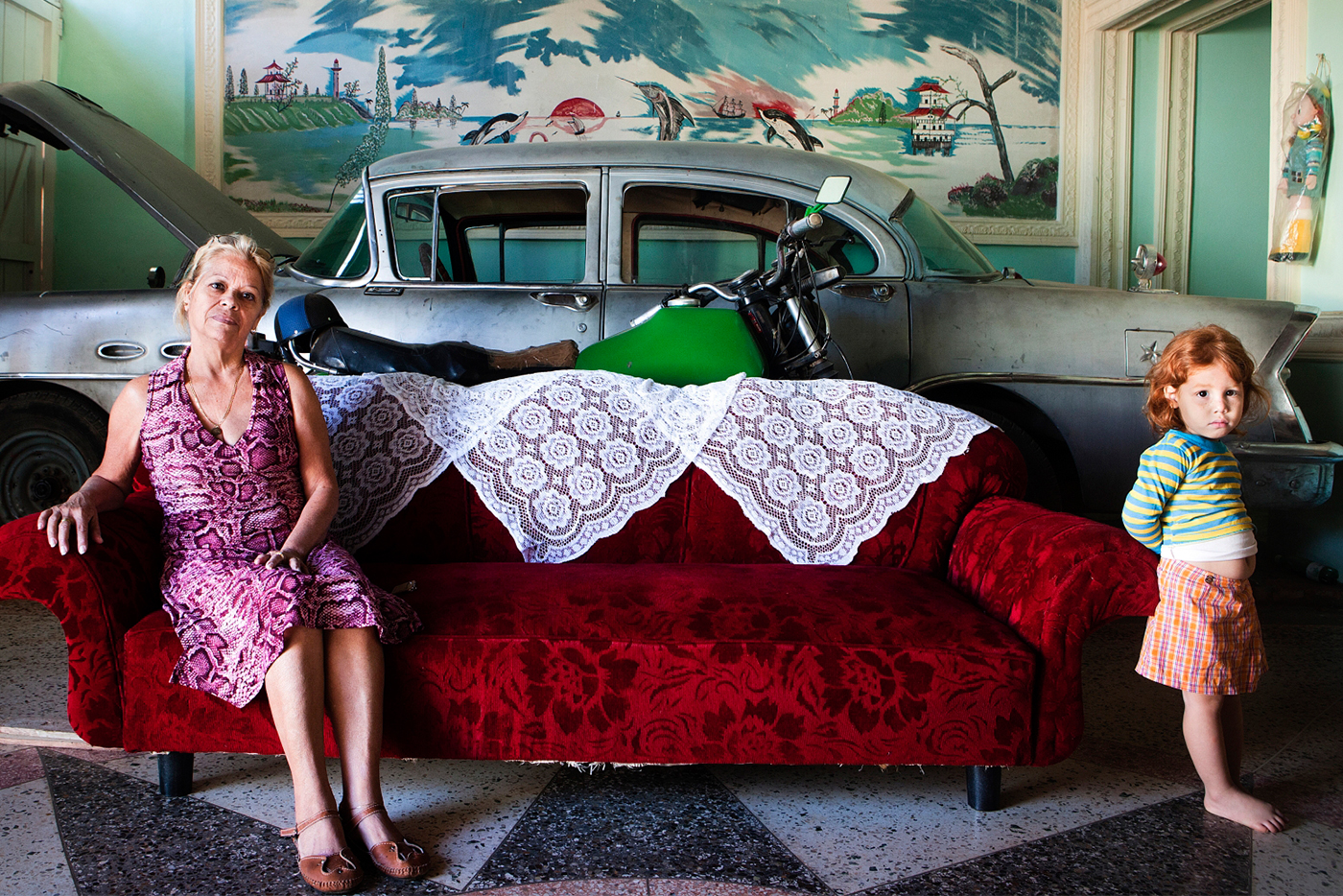 “Vistas Cubanas” displays the beauty of Cuba in photos and sculptures.

The new show Vistas Cubanas presents works by more than a dozen artists, including several who live in Cuba and a quartet who grew up in Cuba, emigrated to the United States and now live in Syracuse. It also displays photos taken in Cuba during the last decade and during the 1850s. And the exhibition, at the Dowling Art Center, features a variety of media and styles.

Abisay Puentes has nine pieces on display, powerful acrylics typically portraying a subject in torment. Pieces of wire flow out of his head and cover his eyes, as he struggles with spiritual turmoil. Headphones rest on a post nearby, and it’s possible to listen to music composed by the artist who has lived in Syracuse for several years. The works are part of a series asking two questions: Why do people feel a need to abuse and dominate each other? What is the source of man’s evil?

Yadira Cardenas, meanwhile, creates abstract artworks in which she paints a canvas and then affixes paper or twigs or other objects. She works with colors ranging from fiery orange to subdued blue and green. The artist moved to Syracuse in January 2015.

A third painter, Orlando Boffill, works mostly in a figurative context with much imagination. One piece includes blue and orange colors, small shapes resembling fishes, a person’s clothing topped by a geometric form instead of a head, and other elements. The exhibit also displays images taken by David Creedon, an Irish photographer, during visits to Cuba from 2009 to 2014. Two of his photos depict Havana at sunrise and the Marecon Seawall near the city’s harbor, but his best images portray Cubans at home. For example, Miguel Angel Sanchez, a campesino, sits in a chair with a machete in his lap. When he was photographed, he had just finished cutting grass. A second portrait shows Ramon Gonsalez Viola, a 70-year-old man, in his room. It’s full of clothing and other possessions, with an image of Che Guevara hanging on the wall.

Syracuse photographer Marilu Lopez Fretts has four images in the show. They depict farm workers shaving a hog, a youth group, and a street scene. In the latter photo, a street vendor with his cart stands near a wall while just around the corner a second vendor with a cart waits for customers.

In addition, Eduardo Garcia, a well-known photographer in Cuba, shot young men dancing in the street. It’s an excellent photo that emphasizes their skill and athleticism.

The exhibit also presents work by three ceramists living in Cuba: Alberto Lescay, Israel Tamayo, and Jose Luis Berenguer. Even though each of them only has one work in the show, it’s still possible to get some sense of Cuban ceramics.

Finally, the show offers a selection of photos taken by George N. Barnard, a Central New York native, who traveled to Cuba during the 1850s. Barnard is best known for images he took during the U.S. Civil War.

Vistas Cubanas is a relatively small exhibition and can only sample Cuban art. Yet it successfully presents a variety of interesting artworks, showcases work by local artists and hangs together nicely. The show runs through Aug. 27 at the Dowling Art Center, 1632 Hawley Ave. That facility, the location for the gallery as well as photographer John Dowling’s studio, is open Thursdays through Saturdays, noon to 5 p.m. For more information, call 466-8189.