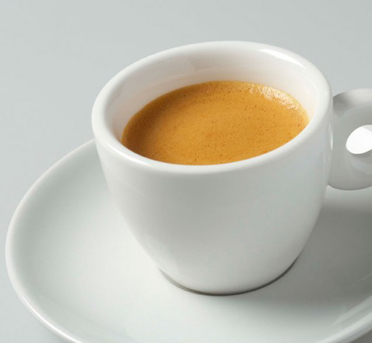 Three: the number of times that my arm was stuck with a needle in two days. Why? Because getting blood drawn once isn’t good enough.

Actually, I kid. The first attempt was interesting. Never have I heard my vein ever make a sound like that – fisssssssss – as the needle wiggled its tiny self out. It didn’t hop; neither did the blood. The gent drawing the blood told me a story how once some onlooking guy passed right out after such a feat happened to his girlfriend. The blood squirted over and out in an arc – great trajectory.

He laughed. I laughed. However, my leg shook with nervous energy from that point on (this better not happen again). He told me that it was due to oxygen presence.

At least the blood is pumping well through my veins to refuse a needle. In regard to optimism, that notion will be designated as passion.

Yesterday, before the third draw, I had the opportunity to speak with my endocrinologist. My appointments last approximately five minutes with the guy, but I got a good nine out of him yesterday – my money’s worth. We talked about employment, and he emphasized that I should probably move. This allowed me to wonder if I should talk to strangers more often, because they give me more of an honest answer than most of people I know. He didn’t “Lou Costello” me; he didn’t shrug his shoulders, close his eyes and utter a flat and high-pitched mehhh.

I have to give props to my go-to physician seen the previous day; he told me the same thing, but to a more personal degree, rhetorically asking me why places are not calling me back. What else am I going to say? My doctors ask what’s wrong, and I tell them that I feel great with exception towards the market.

In regard to other markets: I wanted to put things on the back burner, but it was informed that keeping things on the back burner would be a dumb idea. There is personal note: a mental stove is infinitely long, and many pots can come to a boil at once, but peak at different times; and keeping things in the back will only encourage neglect. A confidant said, Don’t cut off the social part of your life. It is too important.

And in matters of the heart:  For some reason: Cupid — not the red-bodied entity, but …
the site.  The site and not the sight, which is needed
by that bare-assed optimistic cherub
when aiming for the chest or spine or heart, the red
and constantly pumping muscular organ that is
the size of a fist, which is
about the size of some apples. Oh, the apple, red,
the apple of my eye! The passion burns within
is that color red that signifies both danger and
courage, the burning desire that gives the eyes their glimmering
vitality. Redder than Aldebaran, orange
eye of Taurus the Bull perceived as reddish, but
red as Arcturus in Boötes — Oh, the stars! Where my head is
to be, but not. It’s attached to an able-bodied nitwit, who
so-often stops and smells the roses some
royalty had painted. A facade
for pale, cowardly complexion.

The process is sifting through, picking and choosing who to talk to; and those I’ve actually met have been, well, unintentionally ignored, “back-burnered.” Apparent matches, they reply with something irrelevant to messages: with a one-liner to tell me how awesome they are, and that’s all. A too-good-to-be-true personality pops up somehow, and she is remarkably captivating. Classic look, classic appeal: red lips waiting to mark a glass. A dress wearer, a Sunday hat donner. A Guinness enjoying book reader. Perhaps our humorous banter is quick, clever as that of a Flying Circus. A walk under-the-stars type – the stars are always out. My type. My mind shook my heart a little bit to wake it up. Cue the first message and wait. It’s one way to get a positive blood flow and not boiling.

(Monday night: My five-mile run was one of the swiftest.) But that was three days ago and before some of that blood was removed.

For Pastured Thanksgiving Turkey, Order Now
How did we get here?
To Top