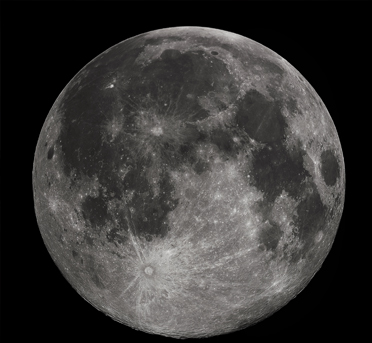 Sun is blinding, but the moonlight sheds appropriate light

Aside turning people into werewolves — only if one is bitten — its curiosity regarding the moon and it’s light. How it affects people. We certainly act strangely, and that’s for certain. This varies with the amount of alcohol consumed.

The sun is blinding, but the moonlight sheds appropriate light, and it’s calming. The sun is rash; you never get a moonburn.

There is curiosity with probability, ratios, and mathematical blah-blah in regard to relationship initiation or disintegration. Have you — more often that not — ended a relationship at night rather than the morning? There is personal experience with the latter, which came in the form of a letter and a verbal preface. Ending a relationship at night is similar to firing someone at the end of the day and on a Friday; the person has the ability to try and sleep the stress off.

Alas, aside having to drive at night, those are the few bummers of night life. They’re not to be fretted. At least there is jazz to listen to.

Happenstance is better to dwell on. Considering the iPod’s decision to play Squirrel Nut Zipper’s “Twilight” — completing a two-punch combo — got me thinking after Billie Holiday’s rendition of:

What a Little Moonlight Can Do

Those who know me and those who don’t — those read my personal blog — are familiar with my obsession with Woody Allen. He does a lot with moonlight, and I don’t have to spell out to you movie-by-movie. You can do that research yourself, should you doubt. Look at Midnight in Paris. My cause is also helped with his yearly releases, and 2014’s (personally anticipated) Magic in the Moonlight.  Talk about calling the kettle black.

Oh, what I would give to just be an extra in an Allen movie. You might not enjoy his genius or him personally, and that’s okay.  He knows how to tell a story. However, you’re probably the person who doesn’t see the humor in life that holds the hand of drama and seriousness. It’s important to take life seriously, your relationships to boot, but you can’t dwell on it. Once you’re thinking too hard about something, you’re trying to manipulate life somehow — this can lead to dishonesty, tragedy.

And your eyes show it.

In the artistic sense, the moonlight heightens, accentuates features both in landscape and of a person. Moonlight puts you at ease, and you can kick back. It’s serene, any scene, and silence isn’t as intimidating as the silence during a meal, if you were to be on a date. Shadows shift and move accordingly, they dim and fade. It can cause people to close out the night in a wonderful way, or disappointment — a person is left on their doorstep, wondering, and the object in their hand(s) whether it be a flower (bouquet) or a set of keys that falls to the ground before they take a seat and let the knot in their stomach untwist itself.

Whether the tie grabber in New York would have had a hay day (night?) spontaneously with me is beyond me. I’ll never see her again. For other people and their scenarios, however, their stories could be different. Whether someone’s goodbye and goodnight kiss in the one of the blackest or intimate of evenings could be the last, aside how passionately the lips danced. Or you could meet someone, who just so happens to knock your socks off. This still does not guarantee anything. You could still be left sitting on your stoop, flicking stones with your fingers, mentally kicking yourself for jumping the gun with abandoning another possibility.

Who knows? Your match could be sitting across the street doing the same thing. Make friends. Make love … if they’re your type.

Who knows? You might even want to break out into song and dance, swing around lamp posts.

(That could be your inner J.D. creating a scene. You’ll come back into consciousness from daydream mode with your date snapping their fingers.)

Moonlight exudes honesty — sometimes honest dishonesty –as strange, as passionate, or as painful it may. The honesty may be a last look, a passive aggressive one. You could even wake up the next morning, thinking this was all a dream. Worse comes to worst, you could be waking up in the same pale morning light as you always had, alone. Or you could have a nose nuzzling yours.

Regardless about how single your are or considering your relationship dilemmas, you still have your friends.

As stated, the moonlight does make you do strange things, but that can get misconstrued if the people involved are improvisers. Only a half of a beer was involved.

What is this video of? You can watch it, and it’s work appropriate. It’s provided by the Syracuse Improv Collective’s in-house improv artist, Frank West.

If you guessed Stef and (third-person) Chris performing synchronized dancing to Seal’s smash hit, “Kiss From a Rose,” you are absolutely correct. For the love of creating a scene.