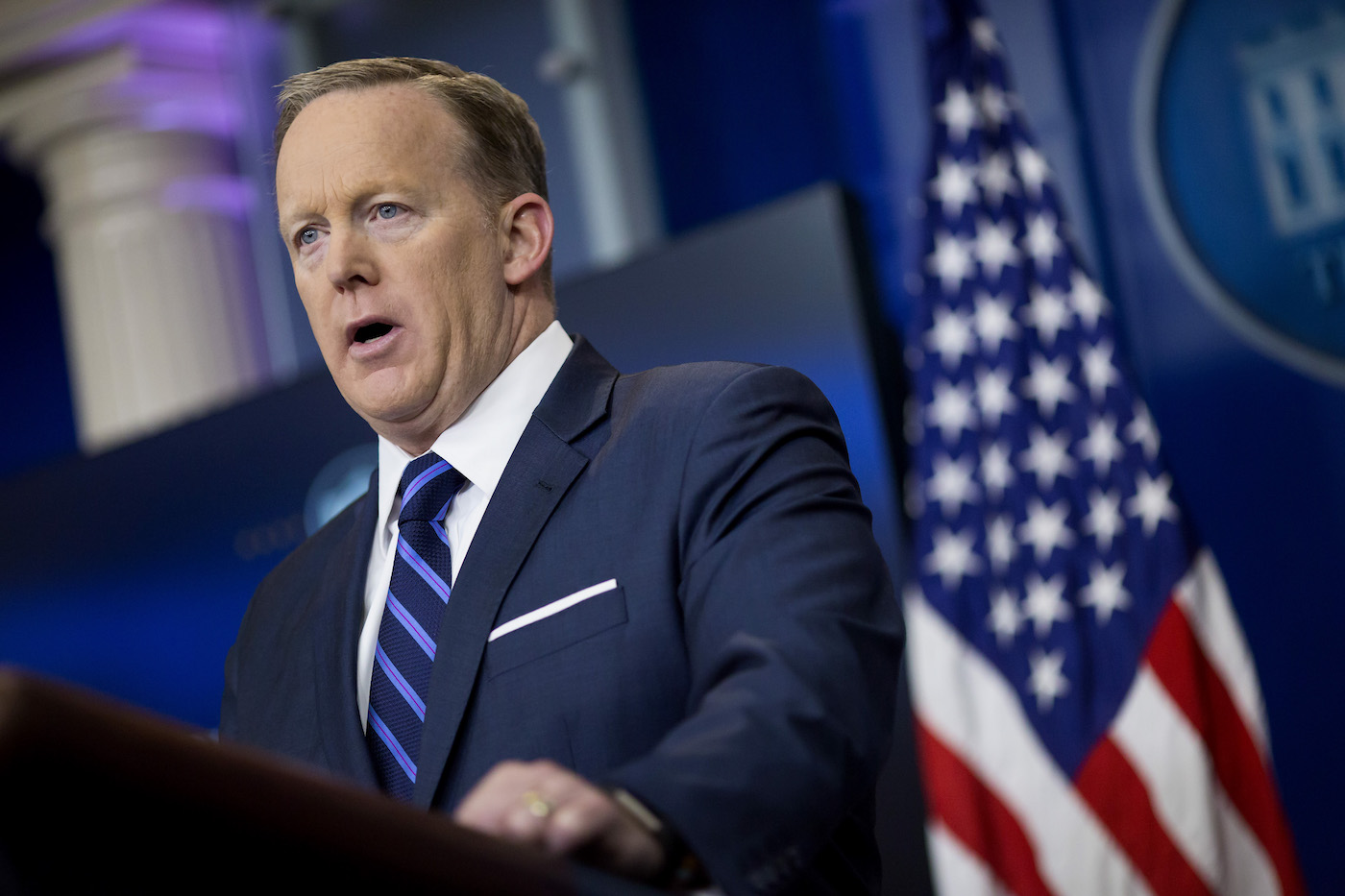 The infamous dictator cannot be compared to modern people.

Now, there’s a headline I never thought I would write.

Nor did I ever think I would get an email from my boss at The Post-Star a few months ago about how editorial cartoons depicting Adolf Hitler and Nazi references “might be best avoided” in newspapers.

But I really didn’t think the name of one of time’s most notorious fascists would be brought up by Sean Spicer — in a positive light.

The White House press secretary’s unintentional but poorly-organized argument that even Hitler wasn’t as bad as Syrian President Bashar al-Assad sent waves of disbelief throughout the nation.

“You had someone who was despicable as Hitler who didn’t even sink to using chemical weapons,” Spicer said during a briefing last week, referring to Assad’s chemical attack on Syrian civilians two weeks ago.

Yes, Hitler never used chemical weapons on the battlefield, but he used them to exterminate 6 million Jews, homosexuals, gypsies and disabled people in inhumane concentration camps.

Spicer was quickly corrected by the press pool and, amazingly, still tried to create a point out of that reference, even though he knew he was too far gone for any logic to come out of it. He has apologized repeatedly for the comments since.

Yes, one of the world’s most evil men has had an odd presence in the current political climate. During the rise of Donald Trump, many have foolishly labeled him as the second coming of Hitler, attempting to connect dots between his words and actions and that of Germany’s most brutal dictator as a way of providing context.

Given Hitler’s extreme name recognition, it makes it easy to compare him to any person even slightly viewed as an ambitious strongman.

But we need to give it a rest. We currently have no reason to make any comparisons between Hitler and Trump or Assad or anyone. Until Trump tries to violently overthrow the government, spends time in prison for it, grants himself power to act without constitutional limitations, revokes citizenship of a significant portion of the nation’s population, enforces martial law in the streets, attempts to extinguish an entire religion and begins a world war that kills 60 million people, I think it’s safe to say he is not Hitler. You can argue he is a demagogue. You can even argue that he is a fascist. But he is not Hitler.

Some might admit that much, but acknowledge that even any signals of similarities between the two are terrifying. Trump’s attempts at an immigration ban on six Muslim countries is entirely un-American, had absolutely no warrant to even be considered and should be condemned. But that simply doesn’t equate to building camps solely for the purpose of sending millions of innocent people to die. We are not living in 1939 Germany.

For his part, the Syrian president is clearly a member of the modern bad guy club, but declaring that any action he takes is worse than Hitler, as Spicer did, is as absurd as can be. Assad doesn’t need to be compared to anyone. Just like Hitler, he exists on his own plane of maliciousness.

And that’s what we do when we use Hitler to describe anything, save for Hitler himself. While being cautious about another Hitler-type figure — or anything close  — coming to power in this world is absolutely justified and necessary, we must also be careful not to overuse the token of Hitler, and what he stood for, to the point that it becomes diluted over time.

We can’t have children generations from now growing up first learning about Hitler as the name their parents used to describe a U.S. president. That kind of distortion could arguably make the emergence of another Hitler more likely. It’s not good enough that we simply remember the past. We have to understand it.

It’s no different than when in 2006, then-Sen. Hillary Clinton said that the Republicans were operating the House of Representatives “like a plantation.”

That is, of course, preposterous.

And like Spicer, Clinton realized very quickly how much of a mistake that was.

As we all must. We need to understand that the correlations we make to Hitler or plantations are simply inappropriate, wrong, arrogant and should be merely academic. They are both their own dark and unfortunate chapters in the human race that we don’t have the luxury of tossing around repeatedly like a game of dodgeball. It is important history. And in cases like these, it is best to keep history as such.