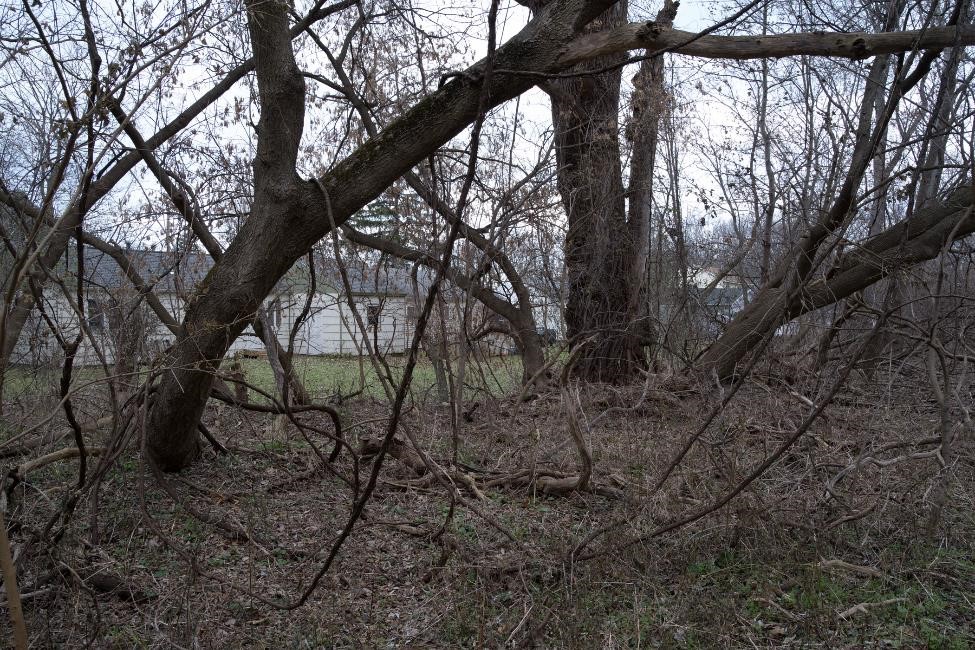 The 2018 edition of Made in New York indeed stretches across our state. The annual show at Auburn’s Schweinfurth Memorial Art Center features artists from Webster and Rochester, Syracuse and Ithaca, Brooklyn and other locales. Their artworks depict scenes ranging from the Adirondacks to the New York City subway, deal with our relationship to nature, and focus on memory and remembering.

Discussion of memory is both personal and broad-based. For example, Brad Cole’s “Swan Song,” an oil, portrays a young woman wading into water. The work evokes notions of passage and departure and is dedicated to his sister’s memory. Similarly, Jamie Young’s panoramic photo of a hillside recalls an area that held special meaning for his mother; it’s titled “My Mother Sees the Hill for the Last Time.”

“The Afternoon Before Rome,” a pastel by Diane Newton, revisits a trip to Europe by depicting a hotel lobby. The drawing leads the viewer’s eye from carefully arranged chairs to a chandelier, from the interior out into the street, posing a question: Why do we remember a particular moment?

That inquiry, in turn, leads to artworks by Marna Bell and Patricia Rossotti. Bell, in her current series, “Mementos,” is photographing rooms and objects as passageways to the past. At Schweinfurth, her print shows a woman in a reflective mood, in a room with significance for her.

Rossotti, meanwhile, collects and processes plant specimens, places them on paper and ultimately takes a photo. In a piece from the series “Marking Matters in Time,” the forms seem to be dancing. On one level, it’s a pretty work. On another, it suggests how we distort memories, how we filter the events of our lives.

Several artists interpret nature from various perspectives. Stephen Horne’s acrylic depicts an Adirondack sand bank, contrasting a sandy surface and the rich colors of nearby vegetation. “The Slow Return,” Suzanne Onondera’s oil, concentrates on regeneration in a woodland area, on a stage that comes after decay and final decline. This is a small, nicely executed painting.

Made in New York also explores other artistic directions. There are works like Belinda Bryce’s “Flatland,” a pared-down acrylic contrasting light and darkness and integrating small shapes. Nikolay Mikushki’s “Mosaic of October” is a painting that fully embraces fall foliage and abundant colors.

“Sacred Conversation,” done with egg tempera on panel by Thomas MacPherson, combines elements that seem to come from artworks long ago: images of cherubs and Mary, Mother of God, three figures whose clothing evokes Victorian England.

Mary Giehl’s “The Question is Why,” a large fiber work employing cotton thread and insect pins, approximates the shape of an AK47. Text accompanying the piece states that this weapon is used around the world, in the killing of around 250,000 people per year.

Mary Giehl’s “The Question is Why,” a large fiber work employing cotton thread and insect pins.

And the show touches on varying narratives. In “Margaret,” Lin Price’s oil on cradled board, a woman stands alone and evaluates the world around her; it’s up to the viewer to interpret the work. In “Subway Riders Beneath the Streets,” James Rose portrays more than a dozen passengers, working not only with the group dynamic but also individual details: two passengers eyeing phones, another holding a coffee cup.

Finally, Bob Gates’ “Traffic Jam,” an archival inkjet print, interprets a phenomenon that’s all too common. His work packs together dozens of images of cars; it’s a pattern that looks like a mosaic from a short distance. This exhibit changes annually as a different set of jurors selects a new portfolio. This time around, Sharif Bey, Sarah McCoubrey and Miranda Traudt chose 75 artworks, resulting in a lineup with a bunch of thematic pieces, few sculptures, and no videos. Every Made in New York show has its own identity, and the 2018 version is well worth a visit to Auburn.

Made in New York is on display through June 17, along with The Accidental Immigrant, a solo exhibit by Tom Hall, and Ill Fusion, which features Shane Durgee’s work. Schweinfurth Memorial Art Center, 205 Genesee St., Auburn, is open Tuesdays through Saturdays, 10 a.m. to 5 p.m,, and Sundays, 1 to 5 p.m. Admission is $7 for adults, free for children ages 12 and younger. For more information, call (315) 255-1553.