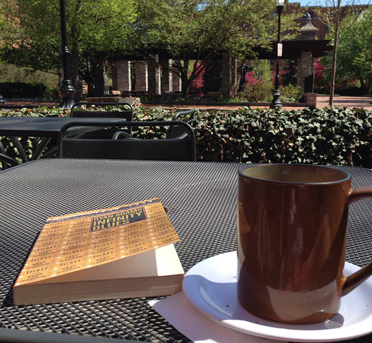 The concept of boring is in our heads.

We’ve all heard it before. Syracuse is boring, some may say. There is nothing to do, others and the same people may say. Syracuse sucks, a variety of other residents may say. The opportunities to bank on adverse weather and temperature, those excuses for not doing anything or catalyzing your frustration in regard to cabin fever, are spent. If one of the consistent weekend concerts, festivals, or parks/nature centers do not appeal to you, something can be found within a two-hour radius.

If this is case, it’s your own problem and there are a few things that you have to figure out. Syracuse keeps pulling me back in. There is some subconscious reason why I didn’t immediately sign up with a temp agency to find me a job in a larger city. That move is farther down the road.

Life is about making things happen, hanging out and interacting with others. Making excuses for yourself isn’t going to help. You just have to do, and sometimes that doing is simply sitting around and talking with others.

I cannot tell you what to do. We’re all different. The concept of boring is all in our heads. It can strike anywhere, big city or small town, and at anytime. You may not like someone you associate with on a regular basis, but there has to be that one little thing you enjoy about that unlikable person; once you identify it, tolerance allows you to breathe, communicate and level with said people. Life is about beating boring, changing your life a little bit to make it more tasty…

Poke at life’s moistness a little.

I’ve been taking less pictures lately, and all that is heard is the rustling of branches in the spring breeze.

I’ve been writing less observations down, and all that is heard is the quiet night bugs tiptoeing around and chirping.

I’m not being very mindful.

Sure this may not mean anything to you, readers, aside some of you being able to relate. There used to be a Sunday segment to my personal blog, The Infinite Abyss(es), a not-so-original title that banks off a line from the movie Garden State (2004); Sunday would have a post that captured in-the-moment thoughts and random ideas and observations collected throughout that week, and this is a not-so-original idea banked off of F. Scott Fitzgerald. This observations series has been shriveling in the spring sun that our region has finally been receiving. However, when something (let’s say food) is frosted or frozen and it’s immediately heated up, the finished product/meal does not turn out the way you’d expect it to. This process generates the same reaction from others as if you’re using wire hangers after being told not to so many times.

What gems have been written down:

As far as improv goes, there was too much contemplating on what was next instead of simply listening. Without listening, your role is screwed; the relationship and the game are lost, and you’re left with a case of the uh… uh…‘s.

That’s what life does to you when it is focused on way too much, taken way too seriously. Your hypercritical nature punches you in the nose. It punches you in the nose a second and consecutive time when you least expect it. However, the irony is that people come down on each other for thinking something to be a game. You become delusional, and you unconsciously forget about the little things, others (friends and family, business relationships), and taking care of yourself. The same result occurs when you focus too much on any of these aspects or your activities and habits. This is just the tip, of course.

Life is about balance, and balance is a pain in the ass.

The important thing is to consider your friends and family, and it’s important to appreciate who and what you have in your life. How introverted you are as a person may affect you. You can tell yourself something over and over until you embody that personal perception. To others it may come across as an excuse, and it could be if you use it way too often. The big picture is eventually seen. Opinions may push you away from others, family and friends included, but there are people out there with your mentality and point of view. Maybe there are some animals. If you are moving into a larger city, websites (and dating sites) have friend finders for those looking to speed up the process of assimilating into a new place.

However, the change and effort starts with you.

Okay, this post is now drifting, and it is not about psychology and societal behavior. Let’s move on, shall we?

Change is inevitable. Embrace it. Swim in it. “wooden skewers not working out, the food was still grilled and tasted delicious”
instagram.com/chris___malone

In short, my so-called not-so-boring-in-the-grand-scheme-of-life weekend: This love story is a saga in itself. There will be a stop placed on accepting personal introductions from this point on. My friends, you are my friends, but this is something that has to be played out naturally. Let the cynical dissolve itself.

Getting back to the point, we’re all growing up. We can’t play with Teenage Mutant Ninja Turtles action figures, build blanket forts, or shoot air rifles at invisible attacking creatures (because in New York State, you’re only limited to 10 shots with an air rifle). Well, you can, you might be looked at with concern. If you have kids, more power to you; play your heart out.

We adults are more focused on relationships, business and friendships, and friendships extend to our spouse and families. When it comes down to it, these people are who we have and rely on. We cannot do something necessarily fun all the time. Nothing will get accomplished. Sure, the older we become, the more difficult it is to build and sustain new friendships. Especially if you start off somewhere new. Sitting around, shooting the shit — it’s fun. When a fire pit is involved, the flames are hypnotizing and staring into them allows time to fly by faster — so you can start another day, or week that faster.

Who the hell really wants that? The next day (unless you’re going on holiday) or Monday? Exactly. Make conversation for cryin’ out loud.

What you do from here on out is none of my concern.

Embrace the mundane. Turn it inside out and make it…