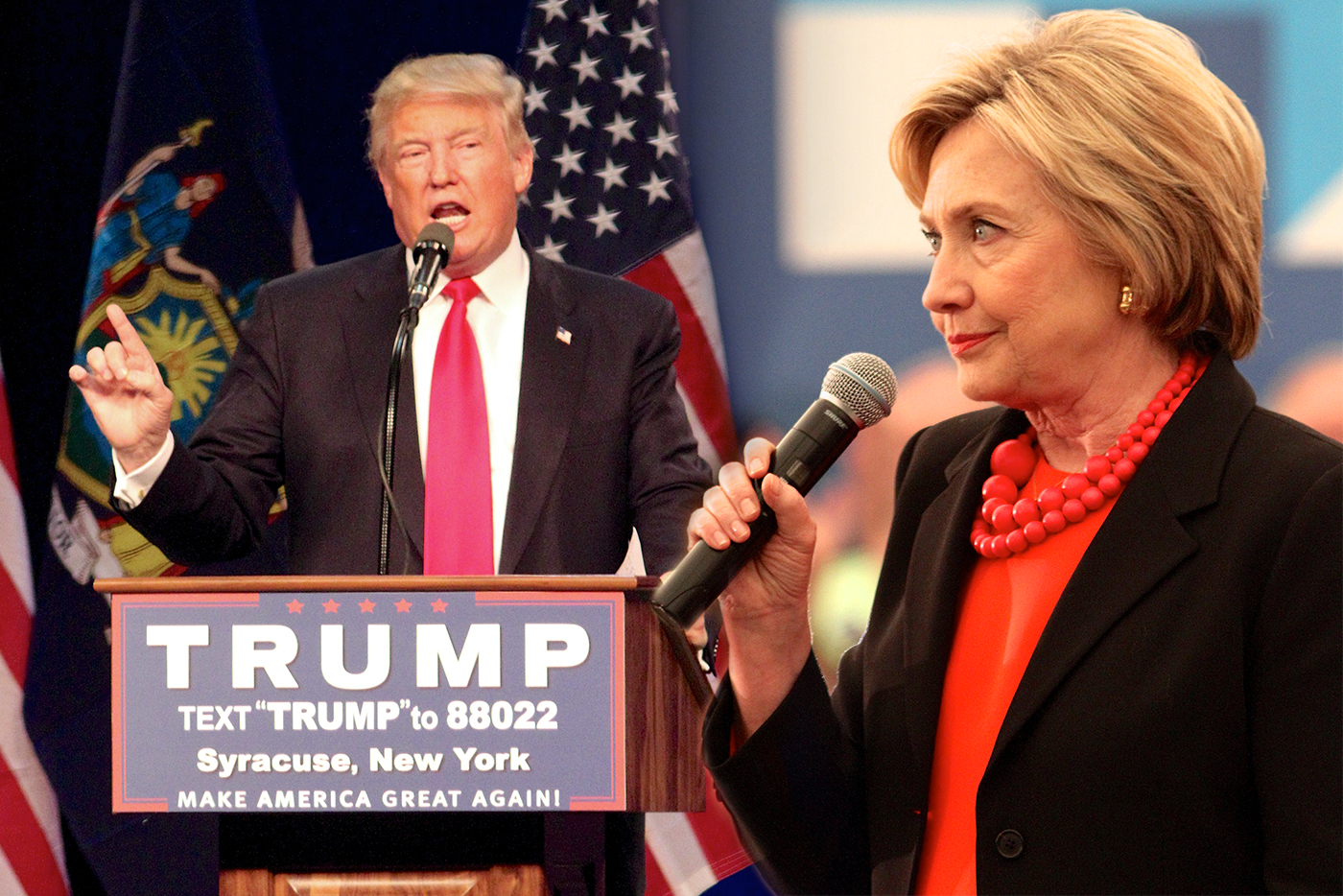 The 2016 presidential election has come down to two of the most well-known candidates in history.

Well, here we are. Ten months after he announced his candidacy for the highest office in the land, a candidacy that so many either rolled their eyes or rolled on the floor laughing at, Donald Trump is the presumptive Republican nominee.

Even though she lost the Indiana primary, Hillary Clinton will likely clinch her party’s nomination, as we set ourselves up for the Clinton and Trump contest that seemed inevitable for some time now.

But it’s also the contest that many have feared. Part of what makes this election different is that both presumptive nominees of both major parties are extremely well-known — a former first lady and presidential contender, and a real estate mogul and television celebrity. So they’re probably two of the most famous people to run, but they’re also two of the most unpopular people to run. An April 7 Associated Press poll shows that 55 percent of Americans have a negative opinion of Hillary Clinton and 69 percent of Donald Trump. The two who got the most votes are the two that most voters don’t want. So how did we get here?

Well, both candidates have left a lot in their wake. Trump may have barnstormed his way to the nomination, but he burned a lot of bridges getting there. His various actions, rhetoric and policy proposals — or lack there of — have caused him to be dismissed by the two previous GOP nominees, GOP Washington insiders, GOP state lawmakers and of course, many voters. Indeed, a former John McCain aide said Tuesday that he will be supporting Clinton. House Speaker Paul Ryan said Thursday he isn’t quite ready to get behind Trump. For most of the primary calendar, the front-runner had to fend off the “never Trump” movement — just from members of his own party. Now he’ll be forced to battle the same objective with a general electorate.

While the Republicans look fractured, the Democrats aren’t exactly all holding hands. Clinton may more-or-less have the nomination, but Bernie Sanders still has the money and the momentum. He’s also favored to win several coming primaries — West Virginia and Oregon. It’s going to be a tad awkward for Clinton to be preparing for November when her opponent is still out there in May winning states. Clinton has also not put much effort into coalescing Sanders supporters to her cause. She expects them to simply fall in line. Political pundits say the same resilience occurred against Barack Obama among Clinton supporters after he beat her for the nomination in 2008, but eventually they rallied behind him. But this isn’t 2008. Clinton and Sanders are extremely different candidates with different ideals. And if Sanders goes all the way to the convention like he says he is, she’ll have a big wound to heal.

Stabilizing followers is one thing, but their biggest obstacle among the public is, of course, themselves. They are their own worst enemy. As stated, they are two of the most famous people ever to run. They aren’t a one-term senator like Obama or a former governor like Mitt Romney who essentially climbed out of the woodwork. Clinton and Trump have humongous negatives stacked against them, some of which have been known for a long time.

For the better part of a year, the former secretary of state has faced backlash from the private server email situation. While her Democratic counterpart hasn’t made it an issue during the campaign, it is sure to be the first bullet in Trump’s ammunition against her. Trump doesn’t have a Justice Department green light either. He still has the Trump University civil lawsuit hanging over him. Either one of these cases could blow up any day of the week and change the race.

Going back further, Clinton faces criticism from legislation passed during her husband’s administration — everything from NAFTA, to deregulating the big banks to the 1994 crime bill. Then there’s the various scandals during and before that era — Whitewater, Travelgate and several extramarital affair allegations.

Trump has his financial and business past to haunt him. Trump Airlines, Trump Vodka, Trump Magazine, Trump Steaks and the aforementioned Trump University have questionable successes and approval ratings by the Better Business Bureau. In his March anti-Trump speech, Mitt Romney said “A business genius he is not.” Trump has also still not released any of his tax returns and has been slammed for employing illegal immigrants while publicly threatening to deport them.

Then there’s perhaps what matters most to voters in this election — authenticity. Both are vulnerable as vulnerable can get in this category. Trump will dismiss any criticism as a lie. Clinton finds herself constantly apologizing for her actions or words. I myself have lost count how many times Trump “didn’t hear the question too well” and how many times Clinton has “misspoken.”

Despite all of that, these two started at the top and are still there, beating many odds against them. America now has a choice. And many don’t like the options. Do we pick the crook or the cuckoo? The liar or the lunatic? Let’s face it. Many voters will have to pick the lesser of two evils. And as they say, choosing the lesser of two evils is still a choice for evil.