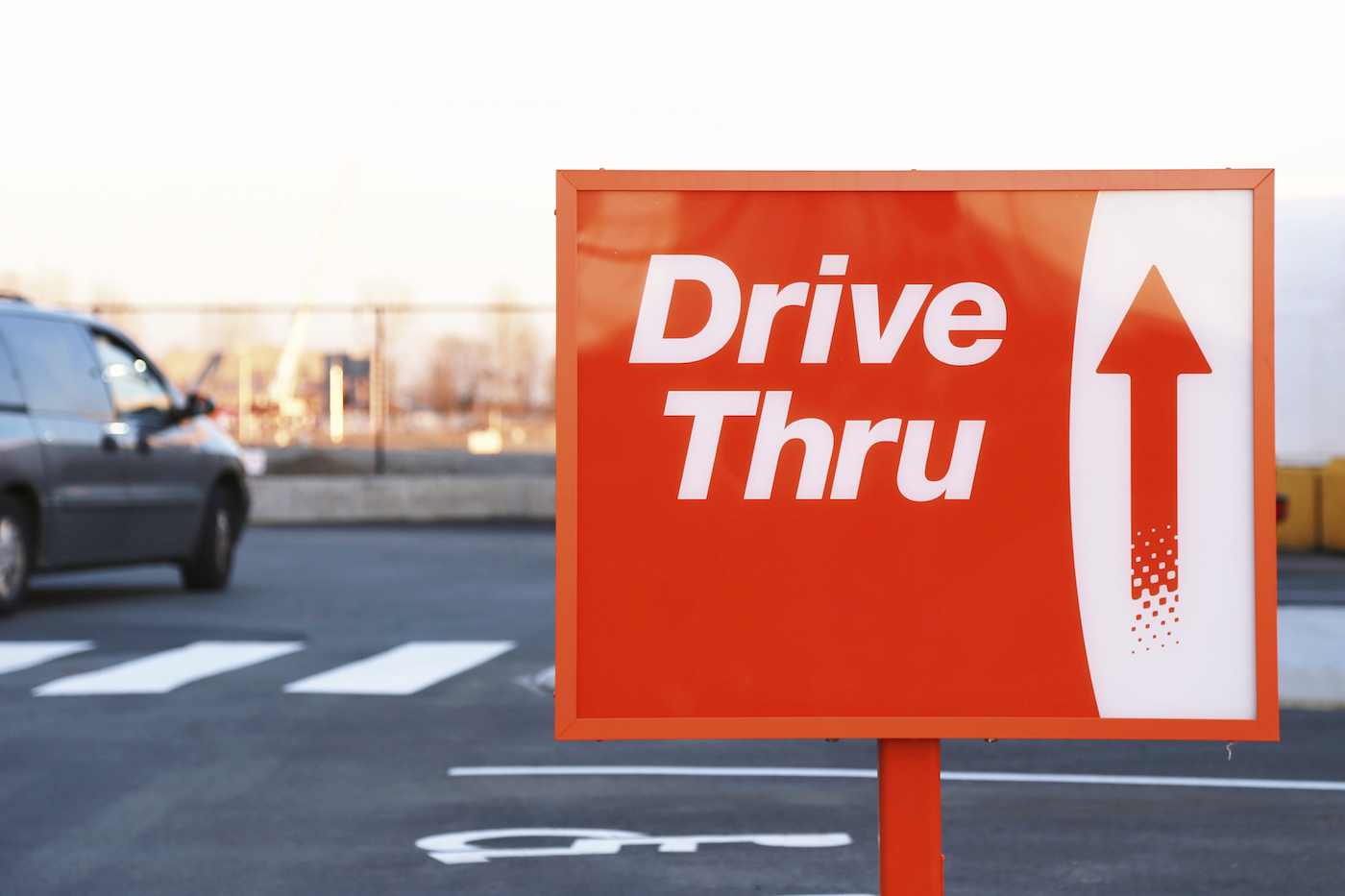 A few weeks ago, I was looking over a letter to the editor an area resident had sent into my office at work. She was criticizing self checkouts at stores and uses of kiosks instead of servers at her favorite restaurant. She ended the letter with a very intriguing question. “Are we just becoming a drive-thru society?”

A week later, I discovered in my mailbox an advertisement for “Hannaford to go.” My local Hannaford Bros. store just recently became equipped with the relatively new checkout service that is spreading to more of the chain’s locations.

The service essentially allows you to pre-order your groceries online, then when you are ready, drive to a specific spot behind the store, ask for your groceries and wait for staff to bring out your items all bagged so you can load them, pay and be on your merry way. They even cater to customer specifics. “Like your steak extra thick? Your bananas a little green? Let us know. We hand select your order fresh the day you pick it up,” is what the mailed advertisement says. Am I the only one who finds this incredibly silly?

The city of Plattsburgh, New York, was in the process of approving the system in its location in mid-February. The first sentence in a Feb. 23 article regarding the store in The Sun Community News reads, “Hannaford shoppers soon will be able to stock their fridges without the hassle of walking aisles filling a shopping cart.”

Now, I don’t know about you, but there are certainly lots of things in life I consider to be a hassle. Paying taxes, getting a loan and items labeled “easy open” that aren’t easy to open are hassles. I really don’t consider walking aisles and filling a shopping cart as the most difficult of daily tasks.

Quite the contrary, I see this system as more complex and even more time consuming. Instead of simply reaching for items off a shelf, you have to look them up online and specify preferences. I prefer to pick the best looking meat or tomato myself. Customers are then asked to allow a minimum four-hour time period for store workers to find and bag their items. Oh, and for a $5 fee, you can ask for a specific time to pick up the groceries. To quote Star Trek III here, “the more they over think the plumbing, the easier it is to stuff up the drain.”

Now, make no mistake. The system is actually quite beneficial to those with disabilities; that much is certain. But what about the rest of us? Yes, we live in a fast-paced world where work is essentially nonstop for many of us. But are we in that much of a rush? Are we so concentrated on making up for lost time that a universal activity like grocery shopping is cutting too much out of our lives?

Drive-thrus at fast-food restaurants have been around for a long time. Self checkouts at stores are growing in popularity. But have we really come to this point?

Ironically, those who want to save those extra minutes are missing out on an important element of life that stores provide — the feeling of community. Places like Hannaford are the informal, unscheduled city park gatherings; the brief random family reunions we don’t expect. Just think about how many times you have asked someone, “Hey, guess who I saw at the store?” Or started a sentence with “I saw so-and-so at the store and they said …” Indeed, many people have met their future spouses while trying to find the least-browned head of lettuce.

Through these chance encounters, you might learn that your cousin’s neighbor is back in the hospital or your former co-worker’s daughter is going to graduate from high school this spring. That will usually follow with a, “Wow, is she that old already?” You might talk about the presidential election or how the winter wasn’t too bad this year and what is blossoming in your backyard. Think of how any time you’ve spoken to strangers about the funny thing the cashier just said or when you held the door for the elderly couple. That small action might’ve just made their day.

I know I’ve had many such encounters and I’ve never once thought the “Hannaford to go” would be so much better. Sure, finding parking spots, remembering something you need that’s on the exact opposite side of the store, and finding long checkout lines can be a bit irritating, but all it takes is a bit of patience and then you move on.

So, returning to that letter writer’s question if we are becoming a drive-through society; Hannaford has given us the answer. No, we aren’t. We already have become one. And as a casualty, the drive-thru society has caused a lot of things to become obsolete, not necessarily technology, but our own values like appreciation and patience. We shouldn’t let human interaction be next.