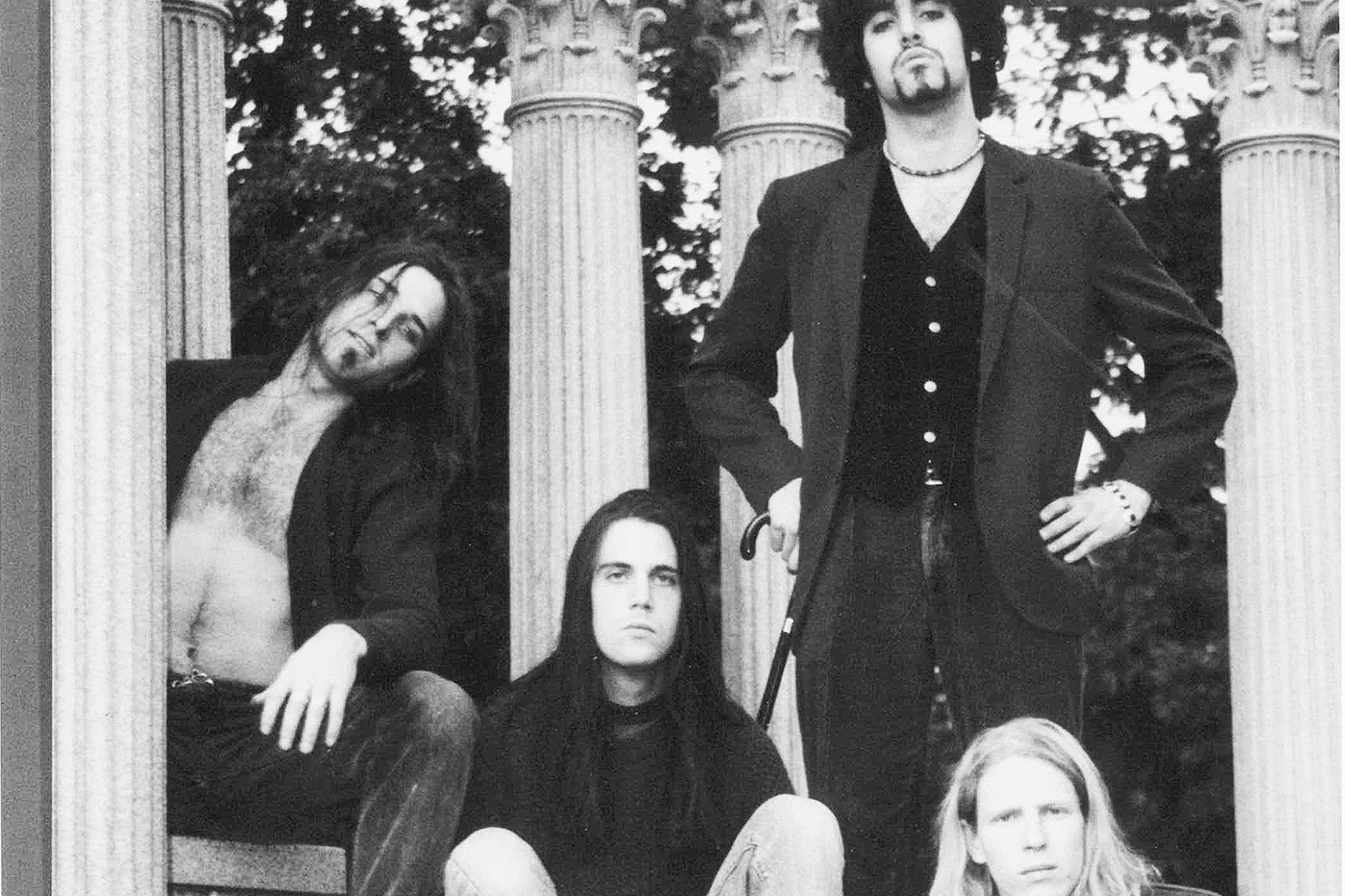 Dracula Jones to haunt the Lost Horizon in celebration of 25 years.

Even after 25 years, Dracula Jones is a name that resonates with local music fans. Although the Syracuse band was only active from 1991 to 1994, they snagged attention from major record labels, rocked the legendary CBGB’s in New York City countless times and came incredibly close to “making it” the way all bands fantasize.

When the band began, they regularly haunted the Lost Horizon during Thursday audition nights. Jeff Jones, the guitarist, singer and songwriter of Dracula Jones, whose real name is Jeff Beck, laughs when he reminisces about trying to get into the venue. Scott Sterling, then in charge of club bookings, was a tough man to contact.

Dracula Jones was initially the duo of Jeff Jones and guitarist Ed “Dez” Ordez. Jones found Ordez at an open mike night in Utica after Jones had returned from serving in the Army.

“He didn’t sing, he just played guitar and had a pedal board,” Jones says. “But he played and made these crazy sounds. At the end, he pulled out the (violin) bow and was bowing the guitar. He whipped the people into a frenzy with this intense, crazy, feedback looping sound. He gets to the end, breaks one string, then rips all the others off! He holds up the guitar and bow and I just think, ‘I wanna be in a band with that dude.’ He was like a crazy person, but he had full control.”

The pair later linked with Sean “Buddha” Trinkaus on bass and Bob Hubbard on drums. The goal was simple: “Our vision was to be gigantic megastars,” Jones says.

The lineup changed slightly during the band’s reign, although Jones and Ordez always remained. Bassist Scott Schimpff and drummer Lee Waters played from 1992 to 1993, then Trinkaus returned with Frank Hynack on drums through 1994. For this week’s gigs, the roster will feature Jones, Ordez, Trinkaus and drummer Jeff Tripoli.

When Sterling became the group’s manager, their popularity rose quickly, spurred by the word-of-mouth power of the Dracula Jones live concerts, which featured an eye-popping light show. The band would often draw 800 people at the Lost Horizon and would do standing-room business at other Central New York venues. Once they broke into the New York City scene, they also started garnering interest from national record labels and artists-and-repertoire reps.

Sterling recalls submitting the band’s complimentary ticket lists to CBGB’s: “They were accurate about keeping track of comps, but usually on guest lists, two people out of 80 show up. I’d get the list back and everybody’s name would be crossed off.”

Those lists were full of heavy-hitters from labels including Caroline and Epic, although a record deal never materialized. “We got so far bunches of times,” Sterling says. “But something stupid and not music-related got in the way every time.”

Dracula Jones nevertheless entertained fans around the world, especially with their massive newsletters known as “The Impaler,” which featured horoscopes and games. Above all, their music has stood the test of time.

“The bottom line of any great music is great songs,” Sterling says. “It’s all about that. Great songs never stop being great songs.”

Although Jones has started several outfits since Dracula Jones, he never transferred the Drac tracks to other bands. “I’ve been writing songs for 25 years,” Jones says, “so I write new songs for new bands. I won’t play Dracula Jones songs with other bands. Without Ed, it didn’t seem like the right thing to do. I’ve kept those songs for that band.

“If someone asks for a cover song, I say, ‘Fuck it. I’ll write two songs (to one cover).’ I’ve always had a terribly hard time learning songs from cassettes or CDs. It’s easier for me to write a song than learn one that someone else wrote.”

Jones’ songs, paired with the band’s legendary live performances, still resonate after a quarter-century. “We touched a lot of people in a good spot,” he notes. “In our age demographic at that time, we were young enough for high school kids and old enough for college. We came from the era of Guns N’ Roses, metal. We were on the cusp. We had never heard of Nirvana or Soundgarden when we started. Dinosaur Jr. and Soul Asylum were new. That indie rock vibe was happening. If you weren’t into metal, people were looking for something else and they were passionate about going to see bands.”

There’s another key ingredient behind the longevity of Dracula Jones. “The band doesn’t suck,” Jones declares. “I see bands doing reunion shows and I don’t consider this a ‘reunion’ show. I don’t have the lyrics on a stand next to me. I know these songs because I wrote them and because I’ve been playing ever since. We play with the same voracity of when we were younger.”

Hupp to the Challenge
SALT Honors Up For Grabs
To Top