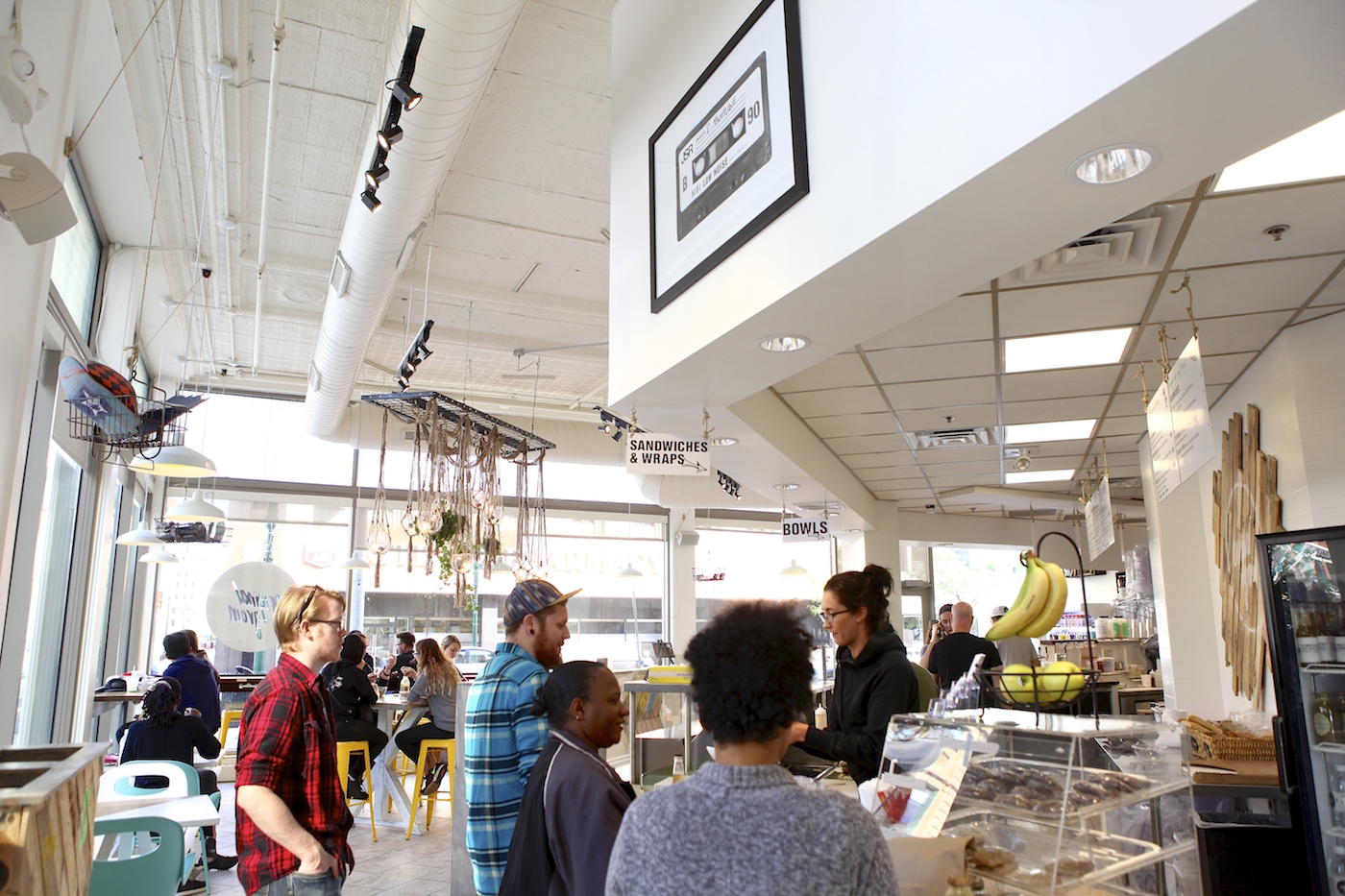 Healthy food has arrived on Salina Street in downtown Syracuse. On the other end of the spectrum, a bakeshop dedicated to buttery-good cookies, cakes, muffins and more has opened a couple blocks away, on South Clinton Street. Here’s a look at the two newcomers, both offering tasty and tempting eats.

Original Grain, 302 S. Salina St., is in the former Tim Hortons location. The “fast-casual” restaurant offers healthy fare like grain bowls, nori wraps, smoothies and toasts (think smashed avocado and ricotta cream cheese toast), and it has already found its niche after a little more than a month in business. It’s doing so well, in fact, that the owners are already eyeing expansion to the Syracuse University Hill. Hinman’s partners are Chris Bily, one of the founders of Modern Malt, a contemporary diner that opened on South Clinton Street in 2015, and Matt Godard, owner of local coffee roaster Cafe Kubal. Hinman is also a partner in CrossFit gym Urban Life Athletics. Hinman and Bily say Original Grain was inspired by their travels to places like Santa Monica and Venice, Calif., and New York City and Brooklyn.

The new eatery also pays tribute to one of their favorite former downtown restaurants. “We both used to go to LoFo all the time,” Hinman says, “and we were sad when that closed.”

The venue is bright and airy and seats about 40. The menu is divided into five categories: bowls, brekky (breakfast) bowls, nori wraps, sandwiches and toasts. Place your order at the counter and watch as it’s being prepared.

Original Grain is doing a brisk business for breakfast and lunch, the partners said, and suppertime traffic is also picking up. Folks stopping in for a bite after work will soon be able to order beer, wine and hard cider to go with their meal. Hours are Mondays through Saturdays, 7:30 a.m. to 9 p.m. Visit originalgrainsters.com or facebook.com/originalgrainny.

Anthony Donofrio is executive chef at Modern Malt, the sophisticated, retro diner that opened a couple doors down the street last year. He and his team were baking all their own breads at the diner and wanted to do more, but they simply didn’t have the room.

“We wanted to make our own desserts at the restaurant and it just didn’t work,’’ Donofrio says. “This space became available, and I really wanted to do my own breads, which is something I love to do. To be able to make all our breads in-house makes a huge difference. I couldn’t keep up with it the way we can now.”

It’s a bright spot, with what seems like acres of bakery cases along one side and tables on the other and in the back, for those who want to eat in. The offerings change often, but the plan is to have some items, like scones, muffins, Danish and certain breads, on the menu for a month, then switch them out. The Pumpkin Spice Brioche and Apple Bacon Cheddar Danish, as examples, are available through October.

And then there are the breads: ciabatta, white, honey wheat, rye and a brewer’s bread made with spent grains from Local 315 Brewery. A specialty of the shop is sourdough bread, made with a starter that was cultivated at Modern Malt earlier this year. The bakeshop also serves Recess Coffee and makes its own flavor syrups.

Since opening a month ago, the bakeshop has tweaked its hours to cater to after-work traffic. Now you can pick up some carrot cake or Nutella-filled chocolate sandwich cookies before heading home. Hours are Mondays through Fridays, 7 a.m. to 6 p.m., and Saturdays and Sundays, 7 a.m. to 3 p.m. Grab a space to park in Armory Square and follow the scent of butter and sugar. For more information, visit eatdrinkmalt.com.

Opening soon in downtown Syracuse will be the Sweet Praxis Bakery, 203 E. Water St. The bakery-café will feature cookies, cakes, breads, macarons and more, made with local and organic ingredients whenever possible. For information, visit thesweetpraxis.com.

Margaret McCormick is a freelance writer and editor in Syracuse. She blogs about food at eatfirst.typepad.com. Follow her on twitter.com/mmccormickcny, connect on facebook.com/EatFirstCNY or email to [email protected].

Free Will Astrology
October CNY Activities This Weekend
To Top