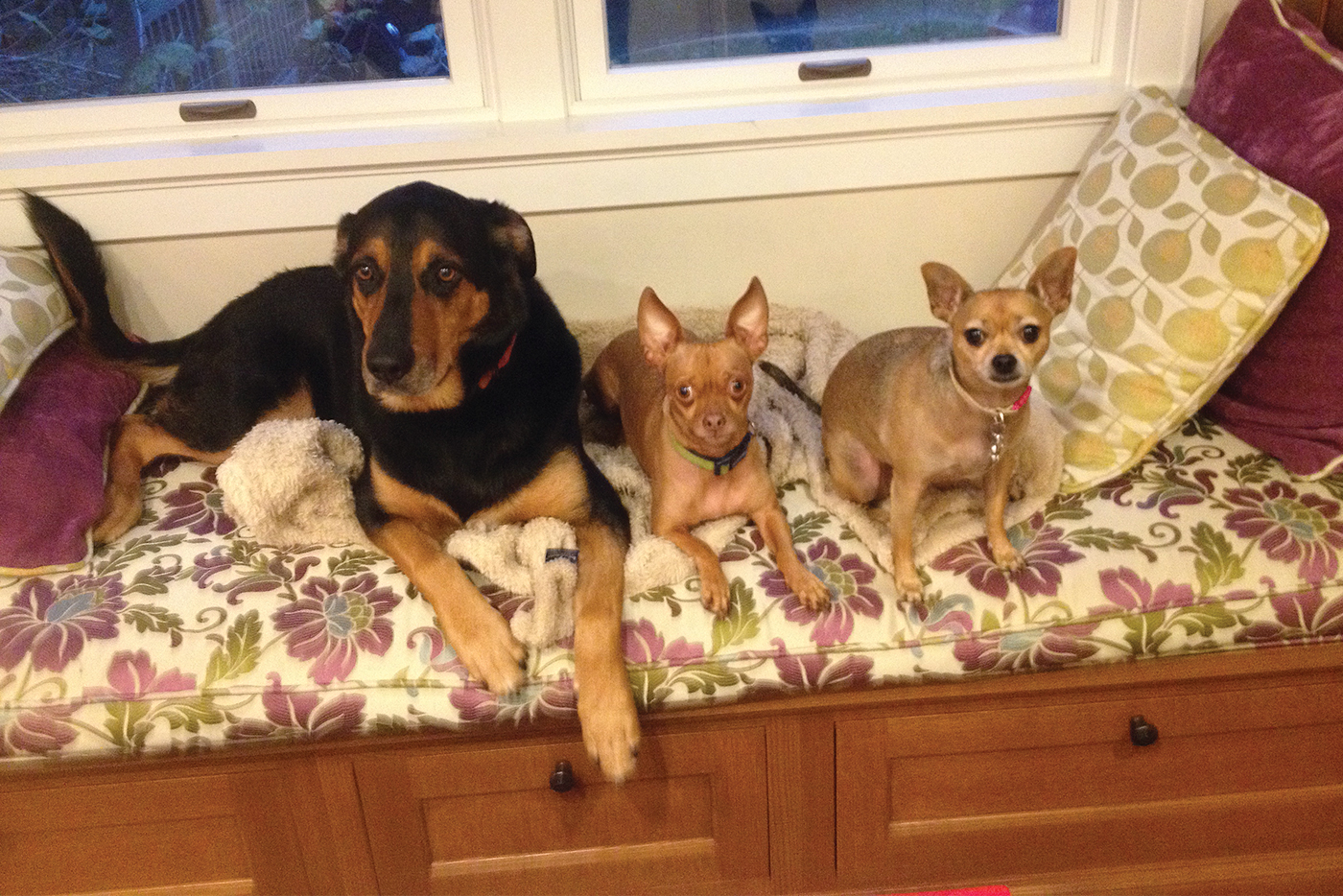 Overqualified dog sitters do whatever it takes for their furry friends.

You’re reading the words of a man who might have the most overqualified dog sitters in America. One of them, a charming young woman whose name I won’t mention on the outside chance it could lead to her being deported, successfully defended her doctoral dissertation last week in a small presentation room at a certain large, unnamed university in Syracuse. She may now officially be addressed as “Doctor.”

When her husband informed me that she was requesting my presence at her defense, a make-or-break moment in any academic career, I was surprised, honored and a little intimidated. Normally my contacts at the unnamed university consist of stadium concessionaires reminding me that there’s a two-beer limit per transaction.

But the young woman (let’s call her “Ana”) and her husband (let’s call him “Olaf”) have a  history with my family. For more than five years, they’ve been the people we count on to watch our dogs when we’re out of town. They are so fond of Larry, Rondo and Gigi — our trio of rescue goofballs — that despite relocating to another state where Olaf is pursuing his doctorate, the couple has repeatedly driven hundreds of miles just to watch our canine crew.

“We just love them so much,” Ana said a few days after her dissertation had been accepted with minor revisions. Ana even e-mailed her dissertation to her adviser from our kitchen after Rondo, our Chihuahua mix, proofread it.

Take note, U.S. Immigration and Customs Enforcement: In keeping with the conditions of Ana and Olaf’s student visas, which require that they accept no employment other than through their universities, at no time did my wife or I pay these two international students a penny. We allowed them access to our dogs for academic purposes only. Specifically, Olaf was researching his master’s thesis titled “Canine Cognitive Impairments and the Assessment Gradient — Should the Threshold Be Even Lower?” (Sample size: 3).

Just to be on the safe side, Ana and Olaf did not want their real names used here in connection with their dog-watching. They also requested that I not get too specific in describing her dissertation. That’s too bad, because from what little I understood of it, it was inspired, important work. Ana spent years examining how modern communication technologies shaped political activities in one of those Mexico-ish countries that Donald Trump wants to purchase.

I can’t say I envied her as she stood before a jury of academics who, while generally friendly, seemed determined to outdo each other for the title of Chief Smarty Pants and Grand Inquisitor. Responding to one question, she said, “I would say they (communication technologies) have many roles and those roles are mediated by the frames.” I have no idea what that means, but her presentation sounded thoughtful and sincere — a stark contrast to some of the university’s recent headline makers:

That comes atop the ongoing scam of the journalism school, which also bears his name, conning kids into pursuing a career as promising as selling dot-matrix printers.

Irony, anyone? A dedicated international student battles financial hardship, home sickness and physical separation from her spouse to earn a Ph.D., yet she has to keep her name out of the paper while these two rogues openly stuff their wallets and resumes at the public’s expense.

Against that backdrop, it’s easy to forget that the unnamed university still does a lot of great things, much of it quietly. If the university weren’t here, Ana and Olaf wouldn’t have come to Syracuse and met at a “boring party” in Westcott. Nor would they have become our friends, meaning my oldest daughter, Miranda, and I wouldn’t have stayed with them last year in Europe, where Olaf was student teaching.

Most importantly, we’d probably have been forced to use dog sitters who lack the advanced degrees and scholarly rigor that our dogs require to fully actualize their intellectual capital.

So the system works, kind of. Congratulations, Ana and Olaf. We’re proud to call you our friends — by any name.