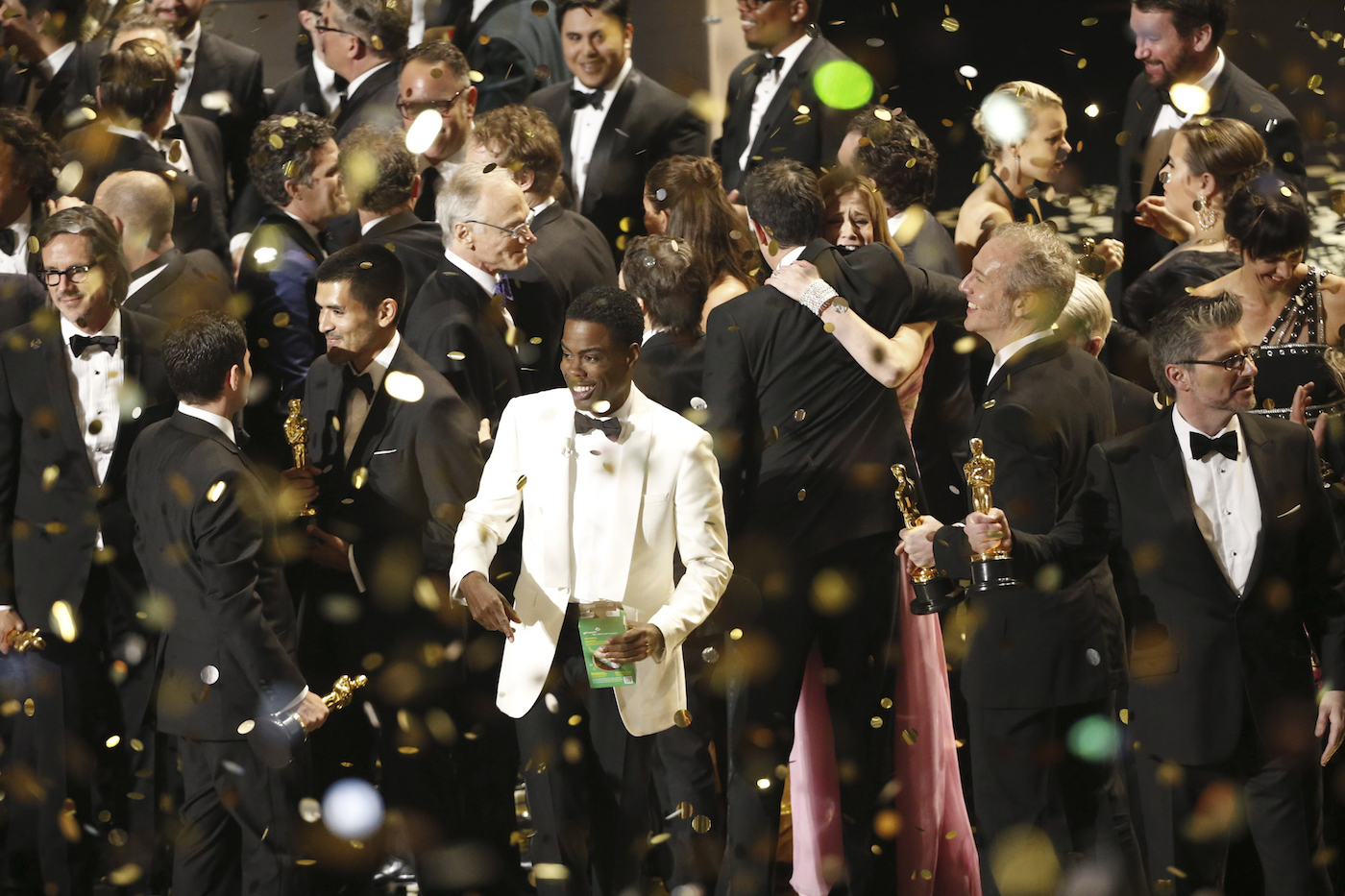 The Oscars may have dodged the #OscarsSoWhite controversy this year, but does anyone even care outside of film enthusiasts?

Nominations for the 89th Academy Awards were announced Tuesday morning and as always there were a bevy of snubs and surprises. What didn’t shock anyone, though, is the Academy’s efforts to ditch the #OscarsSoWhite stigma of the last two years in favor of films that spoke more to the experiences of people of color.

Those films include Moonlight, a coming-of-age story that depicts a young black boy’s struggle with his identity as he grows up on the drug-riddled streets of Miami; Hidden Figures, which recounts the true story of three black women who broke barriers in NASA; Fences, a film adaptation of the August Wilson stage play that is poised to win Viola Davis her first Oscar; and Lion, about a young Indian man’s desperate attempt to find his family after being separated from them at a young age.

And those are just the best picture nominees. Nominations broke ground in a number of categories this year; Ruth Negga surprisingly edged out Amy Adams for a best actress nomination for her work in Loving; for the first time, three black actresses are up for the same award (Viola Davis, Octavia Spencer and Naomi Harris for supporting actress); Viola Davis became the first black actress to be nominated three times; for the first time, a black woman was nominated for best editing; Barry Jenkins became only the fourth black director nominated; and so on.

Yet, despite these accomplishments, are the Oscars still out of touch with audiences? Last year’s ceremony, hosted by Chris Rock, hit an eight-year low in ratings. If you ask the average movie goer what Moonlight, Lion or Manchester by the Sea are, they will shrug and tell you all about how La La Land or Rogue One are the best movies of the year. And while Oscar hits like La La Land and Hidden Figures are in fact doing well with audiences, it’s relatively hard for the average movie goer to care about the Oscars.

“Average movie goer” is a term that has always given me pause. Who exactly falls into this category and why? The fact that the term even exists dictates that there must be some divide between two certain kinds of audiences, and the Oscars, for the most part, cater to only one of those.

For film buffs like myself, it is easy to forget that the majority of Americans, unfortunately, probably don’t have the slightest clue what half the major nominees are for any given Oscar ceremony. And it doesn’t help matters when the majority of those films end up being forgotten by even those who saw them (does anyone remember The King’s Speech?)

Yet for those who follow the awards race every year with passion like myself, for those who see beauty in the small gems that struggle to find large audiences but ultimately make it into awards contention like Moonlight, we can often struggle to accept that the “average movie goer,” whatever that may mean, just doesn’t have an interest. It’s hard explaining to someone who doesn’t read The Hollywood Reporter or Indiewire why they should care about Hell or High Water more than Doctor Strange.

The Oscars have been trying to re-brand for years in an effort to, ironically, reach a larger audience. (There are silver linings to acknowledge. Despite last year’s ratings drop, the broadcast still performed well with key demographics). Part of that re-brand is even in calling it simply the “Oscars” as opposed to the “Academy Awards,” a phrase that sounds more in tune with something that may have to do with classical music than film. “BORING,” says the high school student who can’t wait for the new Fast and Furious movie (to be fair, neither can I).

These may sound like the ramblings of a film snob, but that’s where the divide lies; how do the Oscars find a happy medium? How do you entertain both the film enthusiasts and the casual film observers? After the 2009 Oscars (honoring the 2008 films), the Academy took a hard look at itself and upgraded. The following year (allegedly after The Dark Knight was robbed of any major recognition apart from Heath Ledger’s posthumous win for his portrayal of the Joker), the best picture category was expanded from five to 10 nominees in an effort to give more unique films a chance (it is now no less than five, no more than 10; this year saw nine).

It has worked to an extent: films like Inception, Toy Story 3, Up and Mad Max: Fury Road have managed to find a place among more stereotypical Oscar-esque films. But even this year, the talk of the town was Deadpool gaining momentum in the award race. In hindsight, did it ever have a chance? No, and maybe that’s the problem.

For the awards race devotees, like myself, it was simply absurd that Deadpool could have a shot at Oscar gold. But maybe that’s more because of that devotion than anything to do with the film. It isn’t unusual to me that what was nominated was nominated. But for films like Deadpool to have a shot, maybe the Oscars need another face lift that doesn’t involve expanding the number of nominees or ensuring that diversity is represented; maybe it involves added categories.

The Oscars have always been THE film awards ceremony, and because of that there has always been a certain assumption that it will favor the more art house favorites over the blockbusters. It is a summation of a year-long award season that kicks off with Sundance, really blasts off come September and October and then winds down with a pretty certain idea of who and what will win the major awards in January. Because of this, campaigns are launched toward the end of the year that can sway undecided voters.

In betting with friends, it usually comes down to the smaller categories that aren’t as easy to predict. To shake things up, perhaps the Academy would be wise to add more categories. Of course, this would mean that the smaller categories would either have to be rushed or awarded prior to the actual broadcast to ensure the show (which usually runs over time) gets done when it is supposed to.

Perhaps, for instance, a best picture award for films that cross a certain budget, your “popular” films if you will, and then a separate category that recognizes films that fall below that budget, the more “art house,” standard Oscar films.

This begs the question of whether that’s a good idea or not, and the larger question of whether it is even a bad thing that the Oscars may not particularly be “in touch” with general audiences. The point isn’t to win people over, it’s to award the best films of the year, right? To make sure that those things that don’t usually get recognized do, right? Except the Oscars are, to an extent, about winning people over already, just not anyone who’s going to the theater.

No Trouble In This River City
Steve Bannon Called the Media the ‘Opposition Party’; He’s Right
To Top