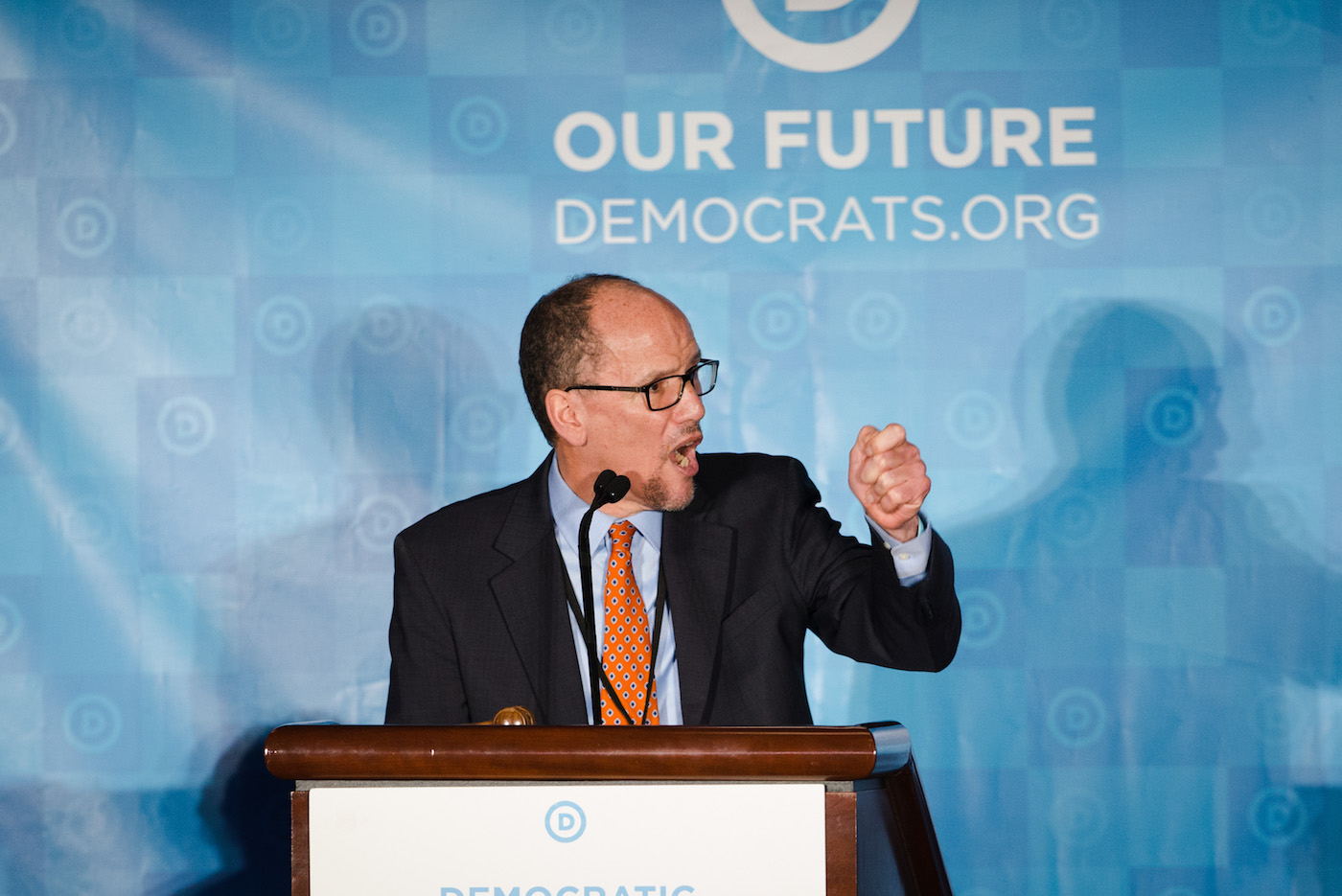 The DNC should stop focusing on the presidency.

It wasn’t at all surprising that President Obama’s former labor secretary Tom Perez was elected new chairman of the Democratic National Committee. He represents the centrist faction of the party and had the support of the establishment behind him.

It also wasn’t surprising that Perez focused a good portion of his brief victory speech on combating President Trump, saying, “Jan. 20 was an undeniably important today. But Jan. 21 and beyond was far more important for America. Millions of people stood up and said ‘Donald Trump, you do not stand for America.’”

Perez’s words here actually underscore the fundamental weakness of the Democratic Party over the last eight years — placing too much focus on the White House.

Yes, Barack Obama was the party’s gem of a lifetime and it contributed a lot of resources to help him get elected overwhelmingly two times. But in doing so, they essentially abandoned Democrats everywhere else. Obama came into office with Democratic majorities in both houses of Congress in 2008. But since then, Democrats have lost 68 House seats, 11 Senate seats, 10 governorships and more than 900 state legislature seats. To be frank, Democrats have lost more power under Obama than any party has under any president ever. To top it off, in 2016, Democrats even managed to lose Senate races in blue states in a presidential election year. That just doesn’t happen.

Now the gem that was Obama is out of office and Democrats have nothing to fall back on. They’re the most powerless nationwide that they’ve been in nearly a century.

If the party wants to emerge from the ashes, its leaders need to put to an end the idea that presidential candidates somehow always trickle down to down-ballot Democrats, and then stacking those Democrats ‘ platforms with national issues will get their base to the polls.

They need to stop focusing on winning the presidency and start rebuilding the party from the bottom up. A Democratic president isn’t so wonderful when the opposition controls the rest of the country.

Now, Perez did say that under his leadership, the party will go back to basics and reach out to those communities that feel they’ve been left behind by the DNC, as all other candidates for the position did. But Democrats have been picked off for years and the DNC hasn’t seemed to learn from their mistakes or alter their tactics at all. So why would they start now?

Be that as it may, the DNC has only helped Republicans maintain power by drying up funds to state Democratic parties and operations under the Obama years, forcing cuts in staff and decreasing get-out-the-vote efforts on the ground.

When Republicans were the minority eight years ago, their organizations started from scratch, funding school board races and communicating with state legislatures. Since 2010, they have come roaring back.

While the GOP was doing that, Democrats abandoned former chair Howard Dean’s “50-state strategy,” which focused on races everywhere, after it successfully helped Democrats make big gains in red states like Virginia, gains that have now reverted back. DNC member Frank Leone from Virginia understood in 2008 as he wrote a letter to Dean five days after Obama’s election, touting the initiative’s success and requesting it remain in place.

But instead the DNC focused on getting out only their base in key areas, sent money to only competitive contests and used most of its energy on presidential elections, which even now retired former Senate Minority Leader Harry Reid criticized them for. He told Buzzfeed back in December that “the DNC operates for about eight or nine months every four years. [They should] work year-round and help state parties, and they have not done that.”

Down-ballot Democrats’ tactic in 2016 was simple: Associate Republican candidates of all levels with Donald Trump. While many Republicans focused on the specific issues of whatever city or district they were running in, Democrats spent more energy nationalizing local elections, holding rallies specifically in protest of Trump and riding on national headlines as part of their discussions with constituents. That didn’t work.

And while framing themselves as the anti-Trump party will undoubtedly help their case over the next few years, it’s highly questionable if it will be as effective as needed to regain any power. Democrats face an uphill battle in the 2018 midterm elections. Twenty-five Democratic senators are up in re-election, many of them in states Trump easily won. And Democrats are notoriously bad at turning out in midterms. The best chance of making any ground would be to mention Trump, but not base their entire message on the president or solely on issues happening at the federal level.

The saying goes that “all politics is local,” but Democrats should focus on the last word of that phrase if they want to make inroads in the rural parts of America that overwhelmingly voted against them in 2016.

Back to basics, back to your roots, from the ground up, whatever cliché expression you want to use, that’s what Perez and Democrats need to do in the Trump era. The first step is to stop saying they’re going to do it and show a sign they will actually do it. If they don’t, they’d better get used to losing.