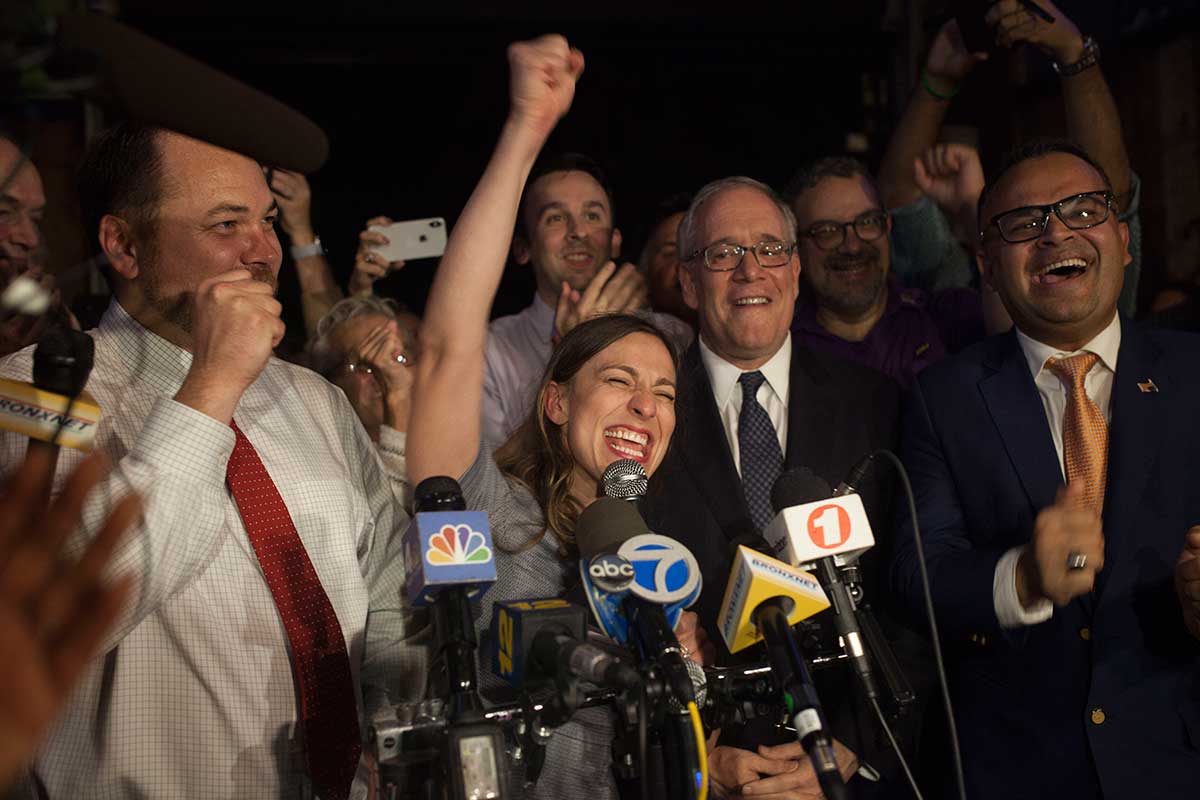 The outcome of the New York 2018 primaries shows the state is at a political turning point of proportions we cannot yet comprehend. Buckle up.

Either run as a Democrat and serve as a Democrat, or get out of the way. That was the message Democratic voters sent to several key members of the New York state Legislature in last week’s primary elections.

In one fell swoop, two-thirds of a rogue group of state senators who had once made up the Independent Democratic Conference (IDC) were bested by progressive candidates daring to challenge them.

Atop the shellacking was the IDC’s former leader, state Sen. Jeff Klein, a seven-term incumbent from the Bronx and one of Albany’s most powerful politicians. Klein was defeated in a stunning upset by Alessandra Biaggi, a young Hillary Clinton campaign staffer.

Also apparently defeated was Central New York’s own Sen. Dave Valesky, who currently represents the city of Syracuse and parts of Onondaga, Madison and Oneida counties. Valesky, first elected in 2004, has yet to concede the election to Syracuse University administrator Rachel May, who has also yet to declare victory due to close results.

The only former IDC members who survived were Sens. Diane Savino, of Staten Island, and David Carlucci, of Rockland County.

This is about more than just incumbents losing. This primary election toppled one of the most powerful legislative factions in government — one that has had a strong influence on the direction of New York state policy for the last seven years. It is, by all intents and purposes, the end of an era in New York politics.

The IDC was made up of eight Democratic state senators, including Valesky, who co-founded the group in 2011 and served as its deputy leader. The coalition broke with their party to caucus with the Republicans, effectively helping the GOP maintain control of the Senate in exchange for receiving committee leadership positions, campaign cash and several other benefits.

At times, the IDC has kept Republicans in control of the Senate even though Democrats have had the numerical majority. The strategic power-leveraging agreement became so dominant that Sen. Klein became the fourth addition to the long-fabled “three men in the room” : the governor, Assembly speaker and Senate majority leader who secretly negotiate the state budget and much of its landmark policy decisions.

It’s not just the Senate Republicans who have benefited from the IDC. Gov. Andrew Cuomo has also used it to his political advantage. He has been able to use them as an excuse for why he can’t pass progressive legislation, while satisfying the state’s moderate Republican voters at the same time.

Politico reported in 2014, quoting anonymous sources, that the governor was actually “deeply involved” in the creation of the IDC and “absolutely” encouraged a partnership that would give the opposite party control of the Senate.

Cuomo’s alleged private involvement and his public lackluster effort to unite the IDC with rank-and-file Democrats has helped fuel progressive candidates’ ambitions to take on the group, blaming it for years of stonewalling of progressive legislation in Albany.

The IDC suddenly disbanded back in April, with its members rejoining Senate Democrats. The former members then went back home to fend off opponents and counter their arguments that they “weren’t progressive enough,” as Valesky put it in a recent TV advertisement.

But after avoiding re-election losses for the last few cycles, this time it caught up with them. The complex IDC structure became known to more than just political experts. Progressive candidates were successful in painting IDC members as “fake Democrats,” traitors and “sham progressives.”

Why was it different this time? Because national Democrats are out for blood, seeking to unseat Republican control from either or both chambers of Congress in an effort to stop the man at the top: President Donald Trump. National politics has trickled down to the state level and put a certain mindset in Democratic voters: In the Trump era, any Democrat who helps the Republicans cannot be trusted.

At best, disbanding of the IDC by its members temporarily put an end to it. But the ousting of its members destroyed it once and for all.

What does this mean for the balance of power in Albany? If Democrats are successful in regaining control of the state Senate in November, and if Cuomo is re-elected to a third term, New York may very well see some of its most liberal legislation to date. Recreational marijuana legalization, single-payer health insurance and providing undocumented immigrants with college tuition assistance are practically on our doorstep as we speak.

And if Democrats retake the Senate, the Republican Party will be paralyzed in a completely Democratic-controlled government for at least the next two years.

Voters have managed to transform the state in one single election. New York is at a political turning point of proportions we cannot yet comprehend. Buckle up.

Diversity in UFO Statistics: The Truth is in the Shapes
End of the road for Cuomo’s ‘I Love NY’ highway signs (opinion)
To Top