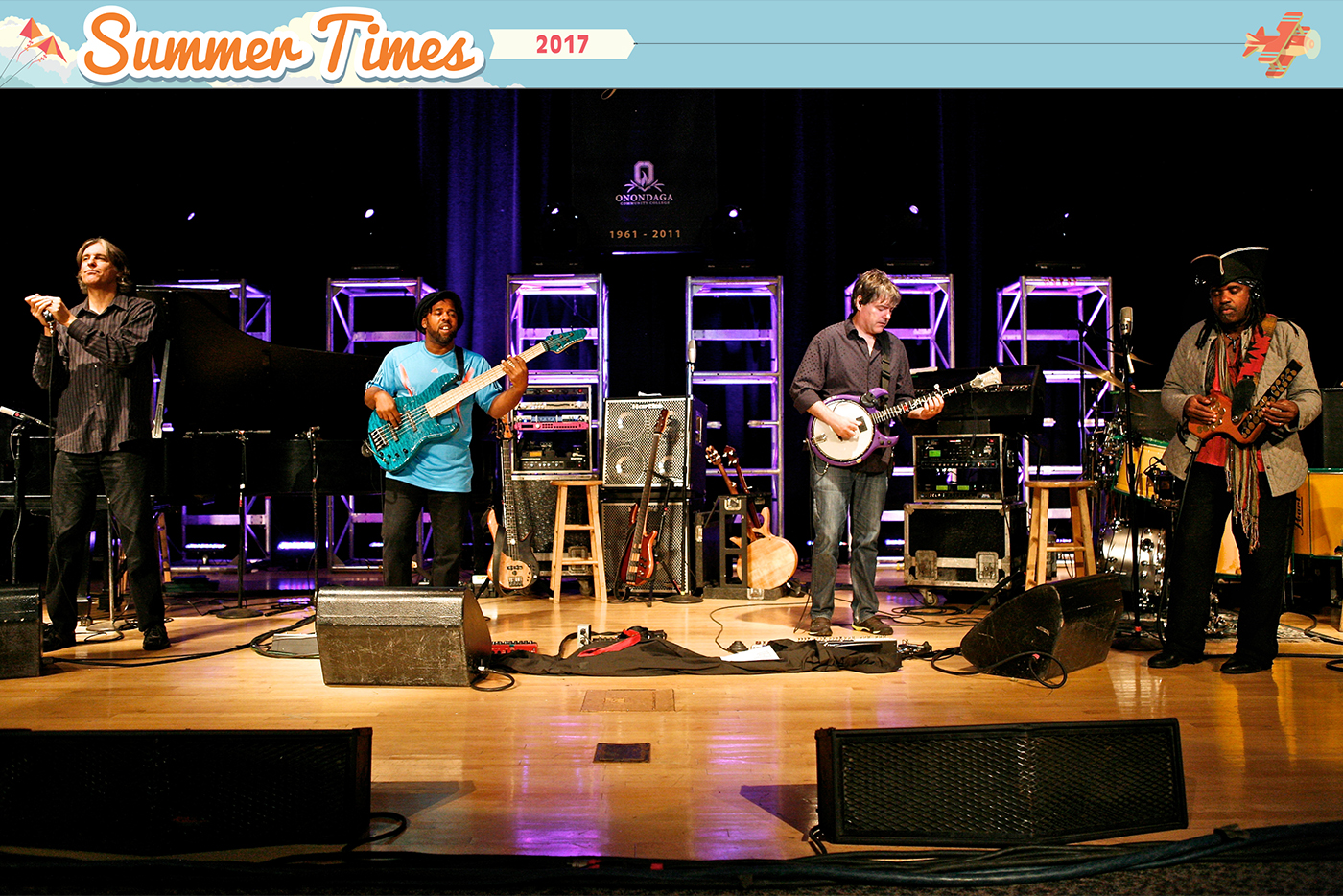 DSP Shows reach beyond Ithaca to include Cooperstown, Buffalo and more.

Dan Smalls was attending Cornell University in 1988 when he first met Blues Traveler. No one knew who the rock outfit was at the time, yet Smalls recognized talent, so he started booking them for frat parties.

“We’ve come a long way,” he says of his company’s growth. “It’s humbling.”

Smalls soon moved from frat parties to slating shows at The Haunt. He relocated to Boston and worked for a talent buyer, while also being part of the behind-the-scenes crew putting on the Phish festival shows in the late 1990s. He returned to Ithaca in 2005 to work at the State for a year, then started his own company, Dan Smalls Presents, now called DSP Shows (dspshows.com) in 2007. “It was all a great education,” he says about his various experiences.

But the key was finding his own way to handle business. “The industry has a lot of different ways of doing it all and there’s a certain stigma attached to promoting,” Smalls acknowledges. “But I want to put artists and the audience experience first. If you take care of the artists, audiences and agents, everything else will take care of itself.”

Smalls implemented that simple strategy and watched his business grow. Then in 2015 he wanted to hire John Sanders, a longtime friend and talent in the talent buying business. “I never had the guts to hire a guy like that and pay what he deserved,” he recalls. The step would be a massive one, but then a phone call changed everything.

Smalls says, “I got a call from Daryl Hall,” the co-founder and lead vocalist of the famed Hall and Oates musical act. His venue, Daryl’s House Club, had events running six days a week, and he needed a booking agent to take over the duties.

“It just fell into our lap,” Smalls says. “That same day Daryl Hall called me, so did John, saying how he was frustrated and things weren’t working out.”

Smalls knew that with the booking fee of running Daryl’s House Club, he could afford a partner, so he brought Sanders onto the DSP payroll. And now “every day my mind is blown” by the shows that his company is handling.

The State Theatre now hosts more than 30 shows every year, up from 15, with Michael Franti and Spearhead scheduled for June 24. Meanwhile, the Brewery Ommegang summertime concert series has become wildly popular, with upcoming acts including The Shins (June 17), Elvis Costello (July 21) and Glass Animals (July 29).

“We have our hands in things that people don’t even know,” he says, alluding to venues that reach out to Smalls for his national connections to bring major talent through their doors. One example is the Smith Opera House in Geneva, which will present Bela Fleck and the Flecktones on Aug. 10. “It’s pretty fun having that level of respect and go into multiple markets.”

His newest venture comes Sept. 22 and 23 when X Ambassadors and The Roots will headline the first-ever Cayuga Sound Festival (cayugasoundfestival.com) at Stewart Park in Ithaca. Other acts include K.Flay, The Knocks, Margaret Glaspy, Jukebox the Ghost and more. The two-stage festival will feature national and local acts, with a portion of ticket proceeds to benefit area nonprofits including Friends of Stewart Park, The Ithaca Youth Bureau, GIAC, Planned Parenthood Ithaca, Community School of Music & Arts, Ithaca City of Asylum, the Youth Farm Project and more.

“I never had a goal to grow, I just took it one day at a time,” Smalls says, although he admits, “I always wanted to present Neil Young and Tom Waits. I’ve never really reached out to an act in that way. A lot of things that have come our way have been pretty exciting. Hanging out with Elvis Costello or watching my 9-year-old talk with John McCrea of Cake, it’s those things that make it special to me.”

Smalls also recognizes the importance of music and festivals in the world today. “We’re all skeptical about the state of America right now,” he says. “Most promoters definitely lean more toward the liberal side, not that I want to talk about politics, but it’s a confusing place right now. So, any time you can get together with friends and see a show, it’s these things that ground you in a lot of ways.”

This year will mark the State Theatre’s biggest fall yet, with Conor Oberst (Sept. 12), Dawes (Sept. 17), Modest Mouse (Oct. 6) and Maria Bamford (Oct. 7), yet Smalls still prefers his place behind it all. “I picked this job because I get to live in the shadows,” he says. “But it’s nice when people recognize and see what you’re doing.”