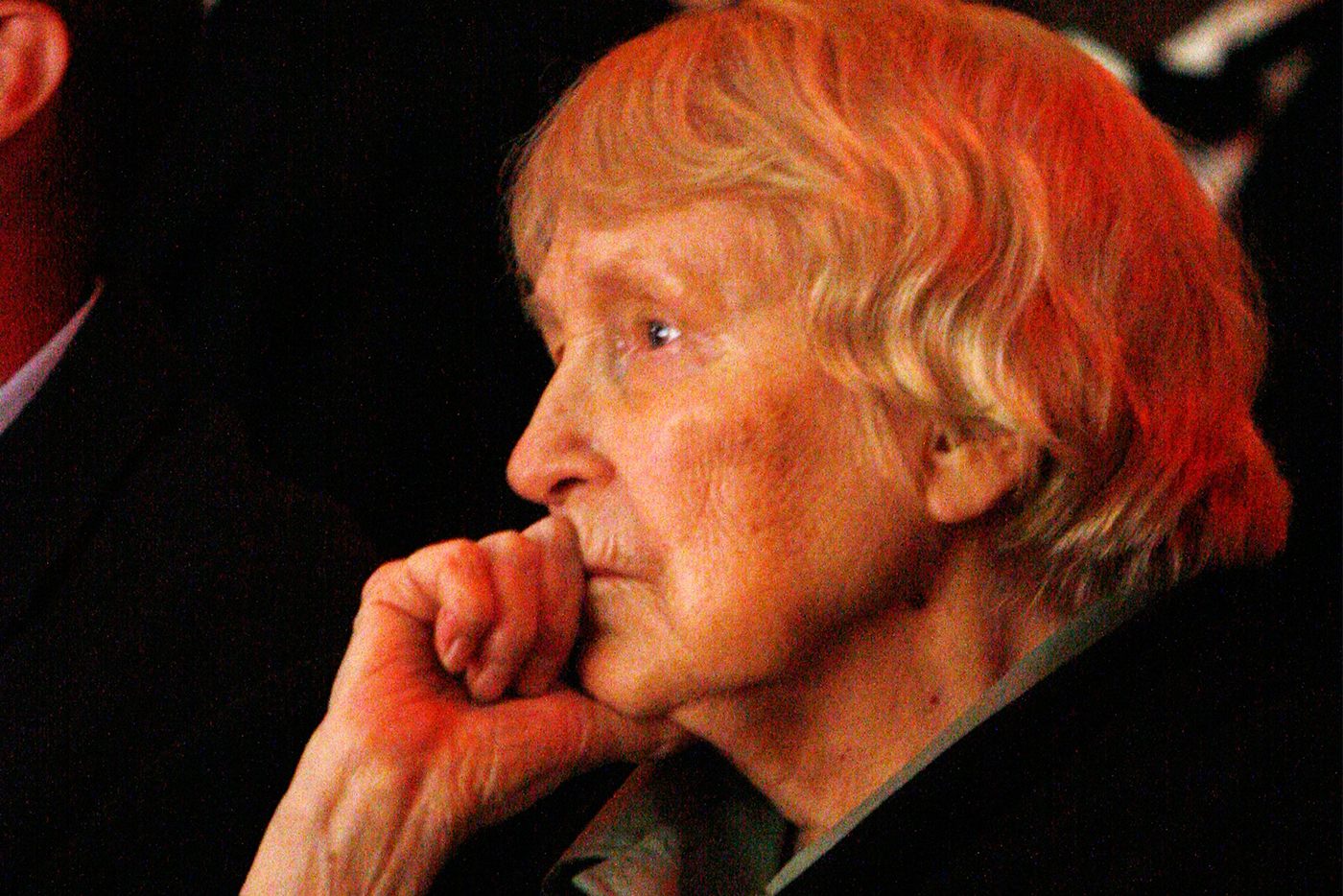 Pat Lotito’s impact on the Syracuse arts scene is felt even after her death.

Married couples can support each, fight for the same goals, share the same values and still maintain distinct aesthetics and personalities. Think of Eleanor and Franklin Roosevelt, or Anne Bancroft and Mel Brooks. So it was with Pat and Joe Lotito, the hardest-working, most self-sacrificing team on the Syracuse arts scene for nearly five decades.

From the founding at the old warehouse on Peat Street in the late 1960s, the Salt City Center for the Performing Arts programs always carried pictures of founder Joseph N. Lotito, Pat’s husband who died in 2009. Joe directed and appeared in many Salt City Center productions, sometimes admirably. But as a tireless jill of all trades as well as music director, Pat — who died Jan. 9 at age 87 — was vital to every production. Performing the score of Jesus Christ Superstar more often than anyone on earth is actually one of her lesser accomplishments.

Humor united and defined them. Joe knew how to tell a joke and get a laugh when his character was required to deliver one. Pat, a blonde from Kansas City, brimmed with a subtle, often impish wit that could rise to any occasion. She loved to compete in the New Yorker cartoon caption contests. During a rehearsal for Sweeney Todd: The Demon Barber of Fleet Street in the 1980s, actor Robert “Tank” Steingraber was standing near Pat’s piano when a lethal-sized piece of plaster fell off the Salt City ceiling (a former synagogue erected in 1916) and landed squarely on her goose-necked lamp. The shattered bulb sprayed sparks over the whole piano and keyboard. Unfazed, never missing a beat, Pat crooned to Steingraber, “Ain’t this place something.”

Quite apart from her facility at generating laughter, as seen in her poetry and song lyrics, Pat could brandish the penetrating wit that shapes insight. This was best on display in her deeply personal show of Alice in Wanderland in 1991, with about 30 songs in a variety of styles from rock and reggae to Puccini. All the numbers were tailored to fit the talents and stage personae of Salt City Center veterans, including Tony Brown as the White Rabbit, husband Joe as the Mad Hatter, Frank Fiumano as the Cheshire Cat, and Bill Molesky as a Rasta Caterpillar, the only local show ever to attempt that.

The libretto spins off Alice in Wonderland and Through the Looking Glass, of course, only the consumption of white pills here signals death, not a dreamworld. Lotito never invited a comparison of herself with Lewis Carroll, but there it was: existential ambiguities and in-joke pranks in the guise of a children’s entertainment. It was also frequently hilarious and eminently singable.

Popular music from classic Broadway through rock, country and even rap filled the seats. There was no rhythm or beat alien to Pat’s keyboard, and none she could not master. Still, as she had come east to attend Baltimore’s highly selective Peabody Institute, one always had the impression her heart was in the classics.

She got on well with classical musicians, among them Calvin Custer, longtime assistant conductor of the Syracuse Symphony Orchestra. Custer, who died young from cancer, also bridged the classical and pop idioms and enjoyed a national reputation. Company regulars report that Pat Lotito was never happier than when playing poker with Custer, trading barbs and matching erudition.

This led to another show close to her heart: the bittersweet, one-act opera from the early 2001, Candle in the Wind, based partly on the folktale “Stone Soup.” The cast included Jill Ozinski, one of the clearest sopranos on the scene, and baritone Jimi James, often heard at Syracuse Opera. Enthusiastic audiences, who compared Candle’s score favorably with the works of Gian Carlo Menotti, included Richard McKee, then artistic director of Syracuse Opera. Central New York Jazz Orchestra executive director Larry Luttinger was listed as co-author when Candle was released in CD in 2008. Pat could work with collaborators, or she might forge ahead solo, as with Alice and earlier with Yes (1979), featuring Bob Brown, Mary Cartier and Cindy Volzing. She joined forces with longtime Salt City Center presence Bob Fitzsimmons for Throne (1986), based partially on Mark Twain’s The Prince and the Pauper. Fitzsimmons, who also suffered an untimely death, was a poker-playing pal like Custer and Luttinger.

The last collaborator was a whirlwind named Ken Prescott, who flew into town for a few frenzied seasons but left a lasting mark. He helped to launch A Dickens of a Christmas in December 1994, with dialogue from A Christmas Carol and all music from Lotito. As with Alice, some roles were tailored for local players, notably a growling-to-ebullient Scrooge for Bill Molesky and the orotund Ghost of Christmas Present for Steingraber. Not only is Dickens the all-time box office champ for locally written shows, but it’s the only local product to have toured Palm Springs (!). While there, Pat told a Kentucky-born busboy to come to Syracuse and play leads. That’s what Steve Kazee did, vaulting on to win a Tony Award for Once two years ago.

Pat Lotito was one of the most loved figures in local theater. That affection and admiration arose from thousands of acts of generosity and encouragement not visible to a journalist’s eye. She gave a smile and a boost up when a lash of disgust would have been appropriate from a lesser person.

Shannon Tompkins remembers being a callow 16-year-old when she auditioned for the chorus of a production of 42nd Street. Although she later became a multiple Syracuse New Times Syracuse Area Live Theater (SALT) winner for performance and choreography, at that time Tompkins could not even read music, which she had to admit before the crowd. “Oh, honey,” assured Pat Lotito, “just follow the dots. When they go up, you go up, and when they go down, you go down.”

Lawrence Taylor: Fresh Music Friday
For Whom the Bells Toll
To Top