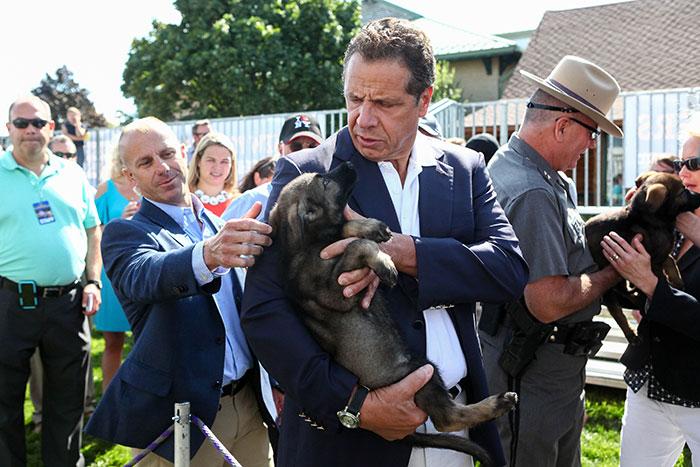 This spring and summer have been open season for prosecutors hunting down the public corruption that remains rampant in New York state government. One of the repetitive pinpoints of this year’s corruption trials has been the serious flaws in the state’s economic development initiatives.

We saw it once again two weeks ago when Alain E. Kaloyeros was convicted in a bid-rigging scheme that steered hundreds of millions of dollars in state contracts to favored companies in Buffalo and Syracuse.

Two other Syracuse-area developers, Joseph Gerardi and Steven Aiello, of COR Development, were convicted with Kaloyeros of unfairly winning a $100 million job in Syracuse.

The verdict comes four months after Aiello was convicted of bribery in a separate case concerning Joseph Percoco. The former top aide to Cuomo was found guilty of accepting more than $300,000 in bribes between 2012 and 2015 from COR Development and a Maryland-based company in exchange for state actions that would benefit those companies.

Both cases have done well at exposing the horrific pay-to-play culture that is all too popular in Albany these days. They have exposed the government’s embarrassing inability and unwillingness to do anything productive to counter that culture. More importantly, legislators won’t do anything even when the solutions are right in front of their faces.

“I don’t know what I could have done differently to prevent the situation,” Cuomo told reporters the day after the Kaloyeros verdict.

What? This is the guy who framed his entire campaign for governor around the argument that he would be the champion to clean up corruption in Albany. This is the guy who initiates these economic development projects and the guy who put his highest confidence in corrupt individuals like Kaloyeros and Percoco to run these projects. But now he says he couldn’t have done anything differently.

Here’s an idea: Take the taxpayer-funded development initiatives that you hold so dear and make them more accountable and more transparent.

This spring, the Republican-led state Senate almost unanimously passed two pieces of legislation that would do just that.

The Procurement Integrity Act passed in the Senate 60-2. The measure would restore the state comptroller’s power to oversee and review economic development state-funded contracts and look for any red flags of illegal activity before they are officially awarded. Cuomo and the state Legislature took that power away from the comptroller in an agreement back in 2011.

Unsurprisingly, Cuomo has opposed measures aimed to restore that power to the comptroller. But the Procurement Integrity Act, and legislation similar to it, have been supported by Comptroller Tom DiNapoli and legislative members of both parties. Democratic Assembly Speaker Carl Heastie praised the bill last year, saying “another set of eyes will make people feel better that, yes, things are done correctly.”

Yet even with 37 co-sponsors, the bill remains stuck in committee. Some speculate Cuomo is pressuring Heastie to prevent it from reaching the floor for a vote.

The other piece of vital legislation is the “database of deals” bill, which would create a searchable database where all economic development benefits awarded by the state government would be made public. That includes grants, loans or tax abatements awarded to any business or organization. It would also make public the number of jobs created by those benefits and how much those jobs cost taxpayers.

Not only would this bill help weed out corrupt activities from inside economic development programs, it would also be a way to measure the overall effectiveness of those programs. Cuomo’s job-creation measures, from the Buffalo Billion to START-UP NY, have been repeatedly swamped in secrecy and littered with loopholes.

The reports that aren’t stonewalled by the executive branch have shown many of the state’s economic development efforts have not only failed to create anywhere near the number of jobs forecasted, but that the state didn’t even have any reporting standards in place to hold accountable companies benefiting from tax breaks to their job number promises. In a state where $8 billion is spent every year on economic development initiatives, we need to make sure that kind of money is being put to good use.

The “database of deals” bill passed in the Senate 60-0, but also remains stuck in committee in the Assembly, despite its 34 co-sponsors. Many believe Cuomo is using his muscle to stop it from passing.

Cuomo seems convinced he couldn’t have prevented his Buffalo Billion from becoming scandal-ridden. Yet not only could he have prevented it, he enabled it. And by continuing to dismiss common-sense measures to prevent the same thing from occurring again, he and the Legislature are enabling future Kaloyeroses and Percocos to abuse these economic development projects for their own personal financial gain.

It’s time for the government to own the errors it helped create and own the effort to clean them up. “Couldn’t do anything to prevent it” is a shameful excuse.