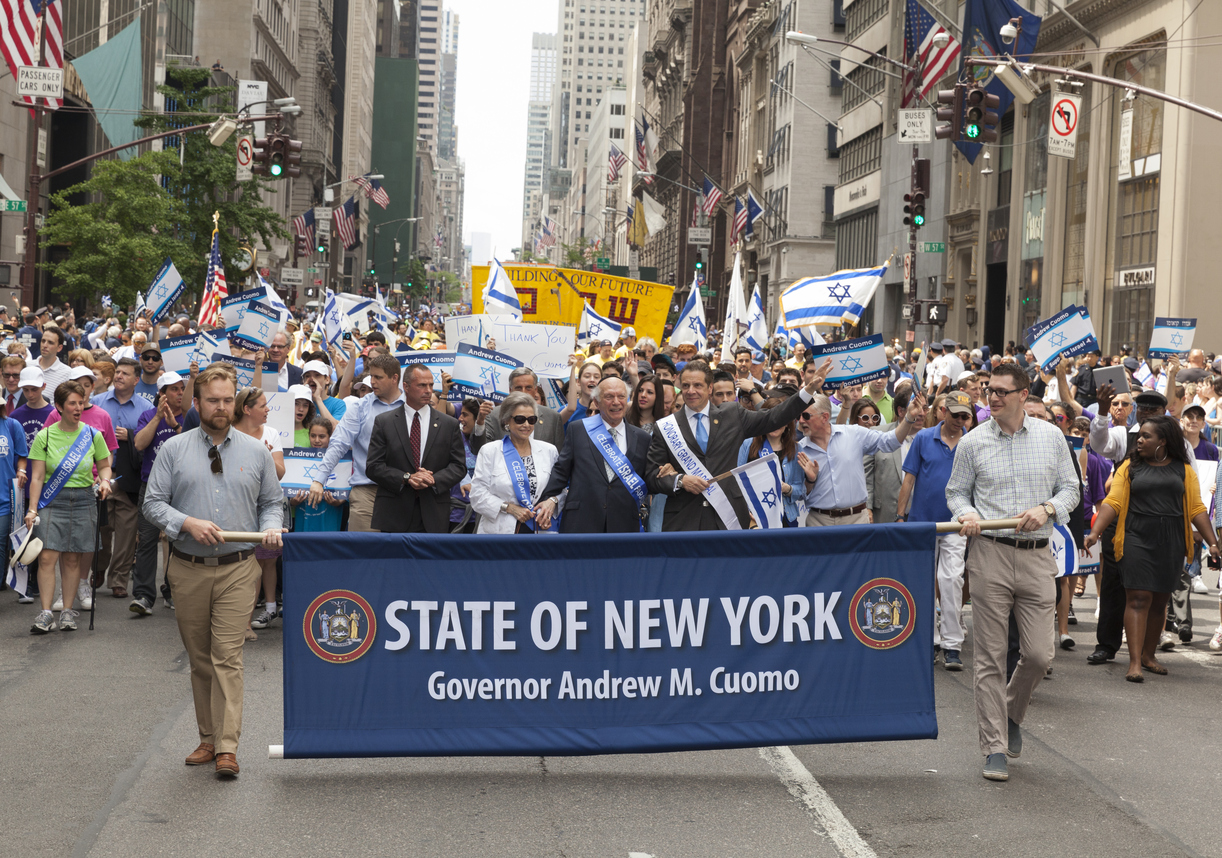 New York Gov. Andrew Cuomo is really good at talking about the things he’s fixed since he came into office. He’s much worse at taking responsibility for the things that are still broken.

He has said he wasn’t responsible for the actions of the Metropolitan Transportation Authority, yet he more or less controls it. He blames the Legislature for inaction on ethics reform and throws his hands up saying he can’t get it done when we’re all well aware of the political leverage he can wield if he really wants to. And when he was asked by a reporter how he would handle sexual harassment in the state capitol, he managed to blame literally everyone else.

“Look, you have it going on in journalism,” Cuomo said to NPR’s Karen DeWitt when she asked him about legislative changes that would protect victims of sexual harassment in the state government. “What are you going to do differently?”

A male reporter jumped in and could be heard saying “the question is about state government.”

When pressed again if his administration would do anything differently, Cuomo gave an incredibly preposterous response.

Yes, you heard that right. Apparently, the governor believes that a female journalist asking what the governor would do differently to prevent sexual harassment in the government he presides over, is “a disservice to women.”

Cuomo had the chance in a conference call later that day to repair his disastrous comment, but incredibly, he didn’t. He said there would be “proposals for government” regarding harassment, but gave no specifics, and doubled down on saying the problem is “all across society.”

Thank you for enlightening us, Mr. Cuomo. But anyone who hasn’t lived under a rock for the past three months knows that sexual harassment has come forward as a major issue “all across society,” instantly removing some of the most prominent men ever known in the industries of business, media, entertainment and politics.

The governor is right to question what the media and other fields are now going to do to weed out sexual harassment from the halls of power — and all of them should make the necessary changes to better protect women in the workplace.

You know who did? Sam Hoyt. The former state assemblyman and regional president of Empire State Development’s Buffalo office was accused by Lisa Marie Carter of groping and kissing her. A lawsuit filed by Carter alleges that Gov. Cuomo knew about Hoyt’s actions, but did nothing. Hoyt resigned from his position in October.

Vito Lopez also worked in state government. The Democratic state assemblyman resigned in 2013 due to former aides’ allegations of sexual harassment. Ten years before that, Michael Boxley, an aide to former Assembly Speaker Sheldon Silver, was arrested in a rape case. In 2009, Hiram Monserrate, a former state senator from Queens, was convicted of domestic violence.

And the same day Matt Lauer was fired from NBC News, Republican state Assemblyman Steve McLaughlin — who had just won election as Rensselaer County executive — was sanctioned by the Assembly for his actions related to a June 2016 incident in which a female aide accused him of asking her to provide nude photos.

Clearly, there are sexual harassment problems inside the entity Cuomo is executive of. And as the last few months have taught us, there’s likely many more cases of sexual misconduct that we don’t know about — including probably in New York government.

That’s why we need to be upfront about the reality of the situation. And it’s really not that difficult to acknowledge and admit that reality.

Sandy Galef has already done that. The Democratic assemblywoman from the Hudson Valley has called on Cuomo to convene a task force to review the current process and policies regarding how the state handles sexual harassment claims and investigations involving state workers and elected officials.

That’s a good start. That’s something Cuomo could’ve talked about. Instead, he insisted on blaming everyone else for sexual harassment while at the same time providing no solid means to how to stop it.

That, Mr. Cuomo, is a disservice to women.

Statewide Casino Expansion Could Be A Risky Bet
The Media’s Agenda: To Tell the Truth
To Top