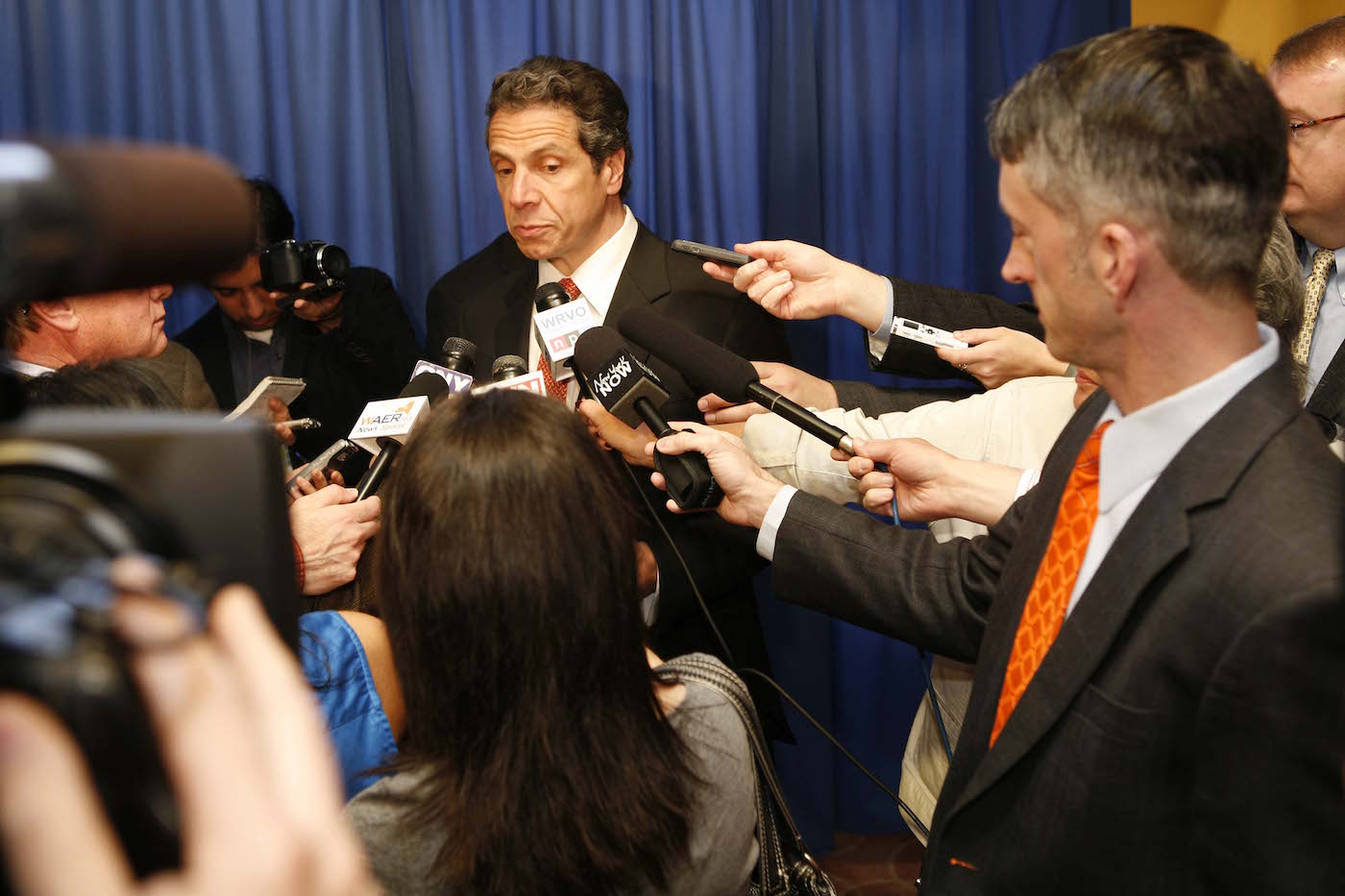 But the only thing that’s gotten louder is the anger and frustration coming from New York citizens in a state that has become a hallmark for corruption. Cuomo came into office in 2011 promising to be the champion to clean up the dirty politics that have plagued Albany for a long time. Since then, it has gotten much worse, with more state officials sent to prison, the recent prosecutions of former Assembly Speaker Sheldon Silver and Senate Majority Leader Dean Skelos, and an investigation of the Moreland Commission shutdown — which involved the governor himself — though he was cleared of any wrongdoing.

And now, as if things weren’t bad enough, nine men connected to the governor’s upstate economic revitalization effort were arrested last week on charges ranging from bribery, extortion, fraud and conspiracy, the latest lasso by U.S. District Attorney Preet Bharara, who has brought cases against a dozen state officials since 2009 in an anti-corruption crusade. Among the accused is Joseph Percoco, Cuomo’s former executive deputy secretary who was also his campaign manager during his re-election bid in 2014. Percoco was also an adviser and close friend to his father, former Gov. Mario Cuomo. The accused also includes SUNY Polytechnic Institute President Alain Kaloyeros, who was the architect of Cuomo’s efforts to attract high-tech jobs to the state — someone the governor called “a genius.”

While it was indicated the allegations in this matter didn’t include the governor himself, this is a critical blow to Cuomo’s legacy. Not only were his signature achievements tainted by men he had the utmost respect for and confidence in, but it happened right under his nose — and as of right now, there’s no evidence to suggest he knew what was going on.

The significance of these recent arrests is this: Pressure on passing ethics reform swelled in the last year because of constant exposed corruption in the state Legislature. But this is the first time during Cuomo’s administration that criminal charges have been filed inside the executive branch. While Cuomo has so far been able to keep corruption at arm’s length, it is now is in his lap, so it is clear he needs to devote new energy to ethics reform at all levels of state government, especially if he plans to run for a third term in 2018, as he has gestured.

No more can he simply talk big about ethics in speeches and then blame lawmakers for not delivering a bill to his desk. No more can a legislative session end with no agreement and Cuomo just throwing up his hands saying “well, I tried.”

The fact is, Cuomo has the ability to make ethics reform a reality, if he would only use it. The governor has shown us before he can be quite ruthless in getting what he wants. He was able to push the controversial SAFE Act through using a late-night “message of necessity” with no hearings, no testimony and no time for opponents to make a case against it. He spent years drilling away at increasing the minimum wage to $15 an hour against a reluctant Legislature. Then he barnstormed across the state in a bus tour earlier this year to tout the proposal. He even devoted part of the tour to advocate for paid family leave.

All three of those proposals eventually turned into bills that were passed and signed into law. Why? Because the governor flexed his muscles, sold his idea and made the public rally around him. Imagine if he put that kind of energy into cleaning up the Capitol. Now, a bus tour to promote ethics reform doesn’t exactly sound sexy, but as Cuomo said at one of his $15 wage rallies, “I am convinced when people understand what we are talking about, they’re going to support it.” A cleaner government isn’t hard for people to understand and it isn’t difficult for them to support. All they need is to hear him talk about it.

The question is, will he use that leverage he possesses? Blair Horner, executive director of the New York Public Interest Research Group, thinks Cuomo can use the recent arrests as a road map for reform, but he understandably says, “the problem is he’s gotten other maps before and he’s never used them.”

This time Cuomo has a map that practically shouts directions at him. He should seize the opportunity. If ethics reform means as much to him as he says, he will step up and do what he has to do to create a thorough package that includes all the key points to preventing and reacting to crooked politicians. Only then can he become the ethics champion he claimed he would be when he first ran for office. As of right now, the only champion we have cleaning up Albany is Preet Bharara.

Candidates Need to Acknowledge the Free Press
Counting UFOs on a Clear, Fall Night
To Top