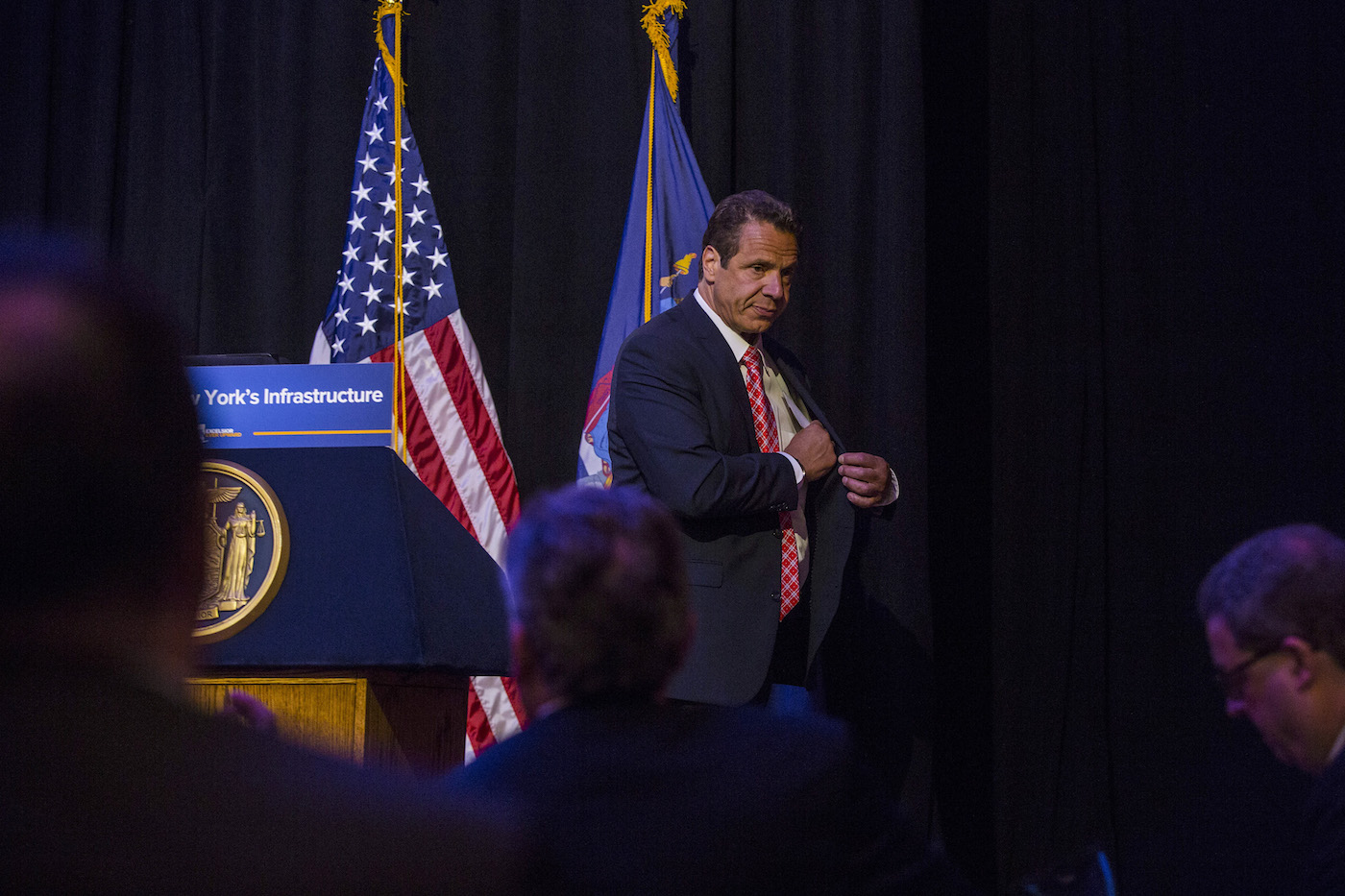 Governor should help his own party in the Legislature before Congress.

New York Gov. Andrew Cuomo has continuously dismissed any reports he will run for president in 2020. But since Donald Trump’s election last fall, the Democratic governor has been steadily wading further into national politics.

Last week he made a big splash.

Appearing with none other than U.S. House Minority Leader Nancy Pelosi in Manhattan, he launched an ambitious campaign to replace New York’s eight Republican congressmen with Democrats in the 2018 midterm elections.

Now, if Cuomo is seriously eyeing the White House, providing a path for a Democratic coup of the House of Representatives in a year and a half would certainly create whispers amid Democratic statesmen and donors about his potential.

And that path runs through New York. Realistically, there are at least six House seats in the state that are definitely in play in 2018, which is about a quarter of the amount Democrats need to take back the majority.

But no one — either now or after the election regardless of the result — should make the mistake of labeling Cuomo a noble cheerleader for Democrats. Indeed, Republican House seats in New York have swelled from just two out of 29 in 2009 to eight out of 27 now, a time period that covers Cuomo’s entire tenure as governor and then some.

But Cuomo is being criticized — and rightfully so — about his sudden calling to help unify Democratic control at the federal level when he hasn’t been too energetic or successful with it at home.

In his six years as governor, he hasn’t exactly been known to stump for or endorse a lot of Democratic candidates for the Legislature. And even if he does, it hardly guarantees any security. During his 2014 re-election bid, he spent some money on down-ballot contenders and endorsed a few right at the end, but all those he endorsed lost.

In 2016, he did the same thing. A month before the election, he stumped for a few state Senate candidates. The Assembly is in firm Democratic hands and is unlikely to give that up anytime in the near future. But he hasn’t been able to gain a majority in the Senate.

And based on his lackluster efforts, it’s almost like he doesn’t want a unified Democratic government.

Because he doesn’t. He even said so. Just recently he told reporters “we’ve had a unified Democratic government in Albany. It’s not a hypothetical. We’ve had it. It wasn’t extraordinarily successful.”

If it sounds like he’s advocating for a divided government, he is. The main elephant in the room is the way he has handled the Independent Democratic Conference (IDC), a group of breakaway Democrats in the state Senate, including Sen. Dave Valesky, that caucus with the Republicans. This in effect blocks Democrats from controlling the Senate — even though they hold a numerical majority — and prevents them from having a trifecta of the state government. This has frustrated members of Cuomo’s party for years, especially Democrats in the Senate leadership, since Republicans have blocked a good portion of progressive legislation from getting to the governor’s desk.

The IDC has been deciding state policy since 2013, and while Cuomo is seen stumping for Democrats, he has been nearly completely silent on any effort to quash the coalition.

Indeed, Politico reported in 2014, quoting anonymous sources, that the governor was actually “deeply involved” in the creation of the IDC and “absolutely” encouraged a partnership that would give the opposite party control of the Senate.

There’s a reason for that: The IDC helps him politically. It gives him an excuse to liberals for why he can’t pass the standard of legislation they might demand up front. But when he does pass progressive legislation, he lets the Senate Republicans water it down enough to the point where it can satisfy moderate Republican voters while also giving him a chance to tout progress to centrist Democrats.

It’s a brilliant tactic. It shapes him to be a progressive who can get an agenda through Republican-controlled chambers. That makes him a classic Clintonian Democrat. And as we know, those are the ones who get presidential nominations.

But going out there saying Republican congressmen need to be defeated in 2018 in order to “take New York back” is strange.

There will certainly be a Bernie Sanders wing of the party that looks at that objection and ask the governor this: Why do you feel GOP House seats need to be flipped when you can’t flip one of your own legislative bodies? In a state where registered Democratic voters outnumber Republicans 2 to 1, why can’t New York join California and Oregon and other blue states that have complete Democratic control?

It’s something he will be seriously scrutinized for by the left if he runs for president, especially since the Democratic Party is in ashes nationwide. If he really wants Democrats to improve their standing, he should be first looking at Albany instead of Washington.

Chocolate Mousse Recipe — Cooking Italian With Joe
Did You Know You Can Get A New York Weed Card Online?
To Top