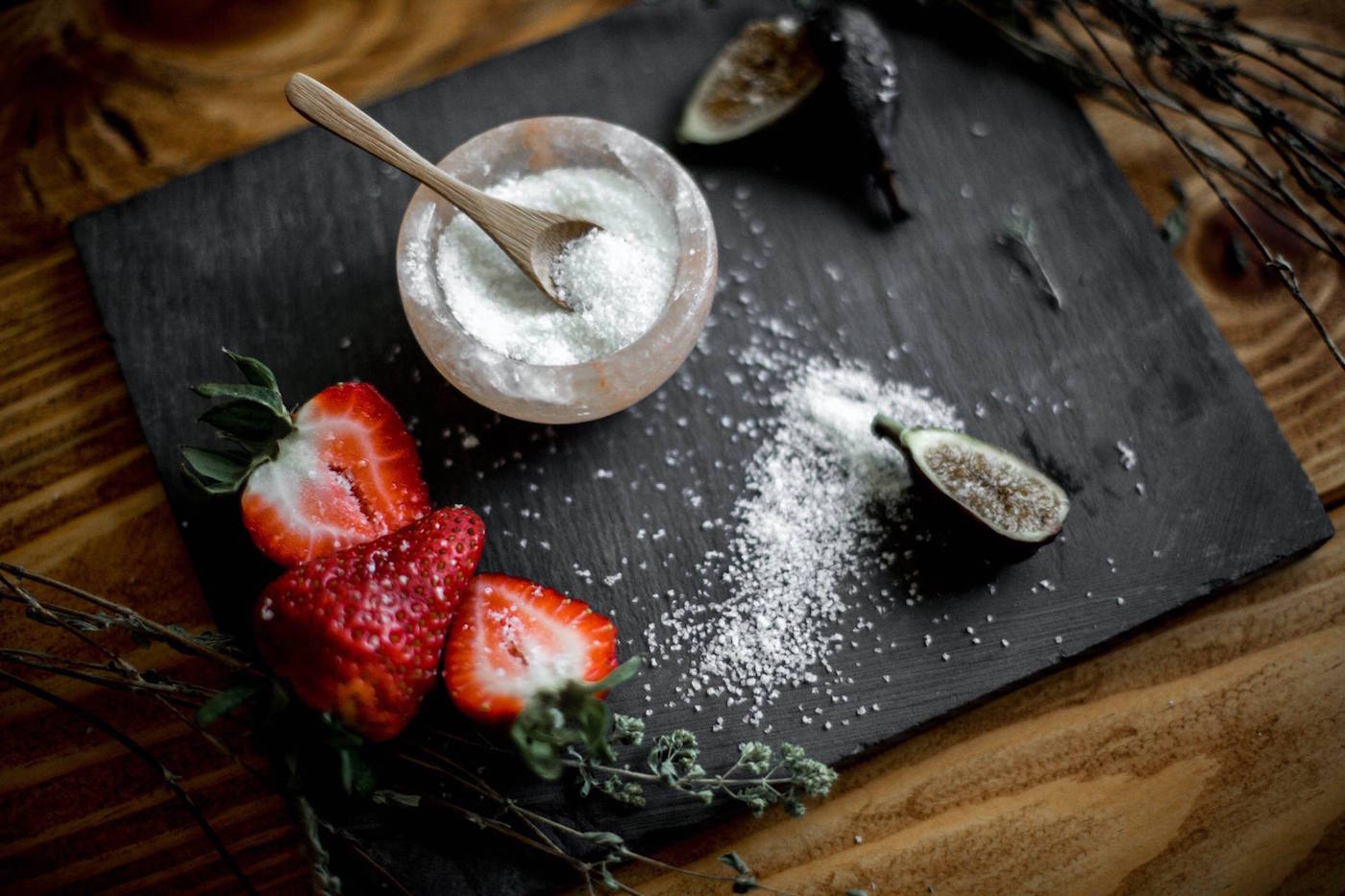 Syracuse once again lives up to its Salt City moniker.

Syracuse has a salty side to its history. The Salt City takes its nickname from the once-thriving salt industry around Onondaga Lake that supplied the nation with the bulk of its salt. And let’s not forget the salt potato.

Unless you’re a chef, a food geek or The Next Food Network Star, salt might be an ingredient you take for granted. Your pantry might contain a box of table salt or iodized table salt, and nothing more. 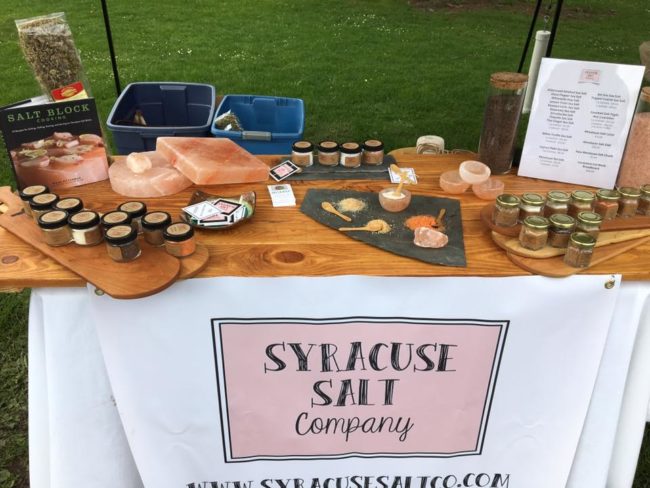 Father-daughter entrepreneurs David Iannicello and Libby Croom are out to enlighten local food enthusiasts about the many sides of salt with their recent launch of the Syracuse Salt Company. Their products have been showcased at the recent Night Market at Sky Armory and at the Cazenovia Farmers Market, where they have set up a display table each Saturday in May. They also plan to be at the Central New York Regional Market several Saturdays in June.

Croom describes her father as “the brains behind the business” and herself as the marketing and “public side” of it. It all began when Libby and her husband honeymooned in Maine and returned with a gift set of gourmet sea salts for her father. He loves to cook and experiment in the kitchen, she says, and has been amazed at how one simple ingredient, like artisanal salt, can boost a meal to a whole other level.

“You can elevate the flavor of a dish just by adding this salt,” she says. “You can fool people into thinking you’re a gourmet chef by adding just one thing.”

Syracuse Salt Company offers sea salts from around the world, packaged locally in small jars. Sea salt, unlike table salt and kosher salt, is produced by evaporating sea water. The salt grains can vary from fine to flaky to coarse and irregular in size. Sea salt also contains trace minerals, which give it a more distinctive flavor.

The company’s product line spotlights a variety of artisan salts, some plain and some flavored, each with different uses. Some are designed to season food as you prepare it. Others are designed to be used as finishing salts, to add texture and a burst of flavor before serving. A few are:

The company even sells Himalayan salt rocks for you to grate and create your own custom table salt. Another popular item is its Himalayan salt slabs ($35), which double as serving platter and cooktop, Croom says. Heat a salt slab to a high temperature in the oven or on the grill and use it to sear fish, seafood, vegetables and thinly sliced meats and other quick-cooking food. Or chill a salt slab and use it to serve sushi, fresh fruit, meats and cheeses or individual desserts. They also sell Himalayan pink salt cellars — or pieces of salt carved to attractively house your favorite salts.

Cr00m enjoys loading up the car and bringing salts to local markets and events, where they can speak with people and enlighten them about artisan salts and their uses. “We’ve had a really great reception,” she says. “Even people who didn’t purchase anything are very excited to learn about salts.”

For more information and to see the full line of available salts, visit the Syracuse Salt Company website or Facebook page. The salts are also available at the 20/East Farm Store, 4157 Midstate Lane, Cazenovia. The store, currently open Mondays through Fridays, 9 a.m. to 3:30 p.m., will also host a series of nighttime markets this summer. Visit www.20-east.com.

Margaret McCormick is a freelance writer and editor in Syracuse. She blogs about food at eatfirst.typepad.com. Follow her on twitter.com/mmccormickcny, connect on facebook.com/EatFirstCNY or email her at mmccormicksnt@gmail.com.